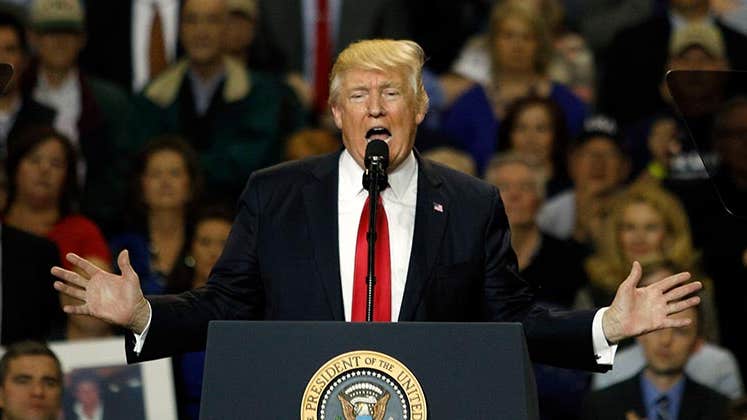 How Donald Trump’s net worth was built

President Donald Trump started his path to the White House in Brooklyn, New York, working with his father and making deals in the real estate development business.

From there, he entered the world of Manhattan real estate and eventually branched out into properties throughout the world. He reportedly banked $3 million per episode during his 11-year run as host of TV’s “The Apprentice.”

Trump claimed in a presidential campaign disclosure form that he was worth in excess of $10 billion. But Forbes calculates that his current net worth is actually $3.5 billion. That’s down $200 million since before the election, largely due to slumping New York real estate values.

Use this net worth calculator to see how your net worth compares with the president’s.

Trump was inaugurated as the nation’s 45th president on Jan. 20, 2017, becoming the first billionaire president in U.S. history.

Before taking the presidency, Trump announced he was handing control of his business empire to his two adult sons, Donald Trump Jr. and Eric Trump.

Meanwhile, their father is navigating the early days of his presidency, tackling issues like jobs, tax reform, health care and more.

In 1984, Trump’s alma mater, The Wharton School, honored him with its “Entrepreneur of the Year” award. And other organizations have publicly recognized his achievements in the world of business and real estate.

In addition, his celebrity status has been cemented with a star on the Hollywood Walk of Fame.

Most recently, Time chose Trump as its 2016 Person of the Year.