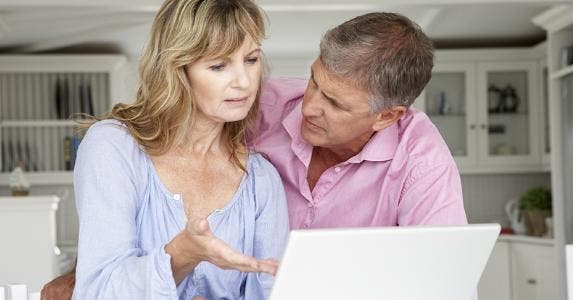 Nearly half of baby boomers and Gen Xers are likely to run short of money in retirement, according to an analysis by the Employee Benefit Research Institute.

Meanwhile, nearly half of adults in their 40s and 50s said in a Pew Research Center survey that they had provided financial help to at least one grown child in the previous year. (One in 4 said they provided the primary financial support for an adult child.)

It’s possible that the people providing financial help to their adult children are also the people who are on track for retirement. However, other research calls that into question:

It’s natural for parents to want to provide a good life for their children, says Jean Setzfand, vice president of financial security for AARP. But parents need to take the longer view: If they fail to provide for themselves, they may have to hit up their kids later for money.

“Most surveys show people hate that idea,” Setzfand says. “That’s the last thing you want to do to your kids.”

Here’s how to juggle your desire to help your kids with your need to save for your future:

Put yourself first. Retirement contributions should take top priority, Setzfand says. Then, if you possibly can, consider setting money aside in a 529 college savings plan for your kids.

Loans are better than withdrawals. Many plans allow you to take “hardship withdrawals” to pay education expenses without incurring penalties (although you’ll still have to pay income taxes on the withdrawal). If you must tap your retirement funds, though, it’s typically better to take a loan, Setzfand says. That way, you can pay yourself back rather than lose the money forever.

Close the Bank of Mom and Dad. Every family situation is different, and kids do take longer today to assume adult roles, sociologists tell us. So knowing when to cut your kids off isn’t always easy. But at some point, for their own independence as well as your pocketbook, “you need to let them fall on their faces,” Setzfand says.