Reasons for optimism about retirement 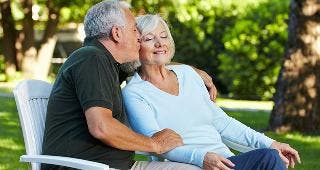 Most Americans aren’t saving enough to maintain their standard of living in retirement, and nearly one-third have nothing saved. Social Security’s trust fund likely will be exhausted within 20 years, and half of millennials don’t believe they’ll receive any benefits at all. Surely we’re returning to an age where average people work until they die or can’t work anymore, and only the rich retire.

Not so fast, says Chris Farrell, public radio commentator and author of “Unretirement: How Baby Boomers are Changing the Way We Think About Work, Community, and the Good Life.” Gloomy assessments of Americans’ retirement prospects, he says, miss several key facts.

Reports of the system’s impending death are greatly exaggerated, often by political interests that want to do away with the old-age insurance system. But Social Security’s immense popularity has protected it so far, and even if no changes are made the system will be able to pay three-quarters of the benefits promised to today’s workers. Relatively minor tweaks could keep the system solvent into the foreseeable future, Farrell notes.

Less than half of American workers are on track to have a comfortable retirement if they retire at 65, according to the Center for Retirement Research at Boston College. Working five more years raises that to 86 percent — meaning nearly 9 out of 10 will have enough to live comfortably in retirement.

Delaying retirement gives your savings time to grow while reducing the time you’ll need to rely on those savings and benefits. More importantly, it does the same for your Social Security benefit.

Most people can work longer, and many even want to do so

People aren’t just living longer, Farrell says; they’re enjoying healthier lives. Eight out of 10 people aged 65 to 74 report that they’re in good to excellent health, according to the Centers for Disease Control. While not everyone will be able to stretch their work lives, most people are capable of doing so, Farrell says. Work also provides many people with meaning, social interaction and structure they’ll likely miss when they quit, he says.

The key is finding work they enjoy, even if it pays less, so that extending their work life is a viable option rather than a soul-killing disaster, Farrell says. Governments and businesses need to do their part by creating more jobs and more incentives to stay employed, he says.