How to choose an assisted living facility 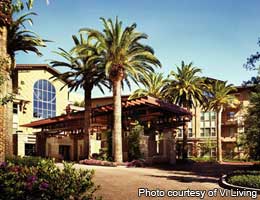 How to choose an assisted living facility

One offers an active social program. The other provides support services that enable you to age in place. A third is the most budget-friendly, but it’s an hour away from family and friends.

When it comes to selecting an assisted living facility, there’s no shortage of options from which to choose.

To find the best fit, you’ll have to decide where your priorities lie, ask the right questions and be honest with yourself about the level of care you may need as you continue to age.

“Price is important, but it’s not the end all,” says Debbie Drelich, founder and president of New York Elder Care Consultants LLC. “It helps to get as much information as you can.”

First, she says, determine what type of property you’d prefer — and what your budget will allow.

High-end facilities, for example, offer a luxury lifestyle for those with deep pockets, complete with day spas and restaurant-caliber dining. Others focus on residents with cognitive impairment. And some emphasize independent living with flexible meal times and single-family cottages.

Seniors who like to be social, on the other hand, might do best in a housing facility that offers a robust schedule of activities, says Drelich. 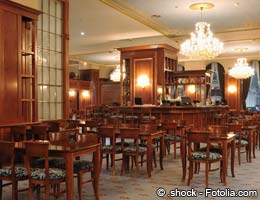 You should also start by researching assisted living facilities in your area and getting recommendations from people you trust.

“Ask friends and relatives who are already in other facilities for their opinion,” says Drelich.

The Internet can be useful for basic information, including prices and photos, but you won’t get a feel for what it’s really like to live there until you visit the property in person.

“Either ask if you can visit unannounced or schedule a tour,” says Drelich. “And stay for a meal in the dining room if you can so you can experience the quality of the food, which becomes very important to older people.”

During your visit, pay attention to cleanliness, how the staff interacts with the residents and whether the rooms appear to be comfortable. 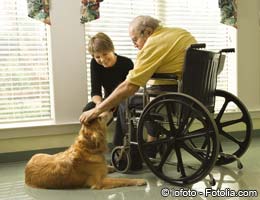 You’ll also want to speak with the staff. Come armed with a list of questions, and don’t be afraid to demand answers.

For starters, ask if it is licensed to do business as an assisted care center, and follow up with the state health department to confirm. Find out what security it provides for residents and whether there is a doctor on-site. Can your current medical provider continue to monitor your care? What is the policy on pet visitation? Can you bring personal belongings to the facility? Is there an elevator?

“Ask to see an activities schedule to be sure they’re really doing things with their residents,” says Drelich.

Find out, too, what rehabilitation services they provide. Are physical, speech and occupational therapists available to help residents regain mobility and perform everyday tasks? If not, is transportation available to get you to and from your specialists in the community? 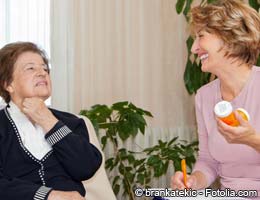 Find out about hidden fees

Assisted living facilities do not come cheap, and fees related to such care are generally not covered by Medicare or Medicaid. Long-term care insurance will often reimburse for assisted care, but you’ll have to check the terms of your policy.

According to the 2014 Genworth Cost of Care Survey, the median annual rate for a one-bedroom, single-occupancy assisted living facility is $42,000, while a private nursing home room is $87,600.

Many facilities, however, charge different rates for differing levels of care. You might pay more, for example, if you take four to 12 pills per day, than the person down the hall who takes three.

Some, too, charge a one-time community, or admission, fee that can range from several hundred dollars to several thousand. Others raise their rates a certain percentage every year. Some advertise a low flat rate — but tack on a la carte fees for social and recreational activities.

Before you sign on the dotted line, you need to know what to expect.

“People really need to look at what is included in their rate,” says Suzanne Modigliani, a geriatric care manager in Boston. “Does it include 45 minutes or an hour of personal care per day? Will they pay for that service whether they use it or not?”

According to Drelich, continuing care retirement communities, or CCRCs, are often the most economical choice for seniors.

Such properties offer a range of housing options with access to a continuum of long-term care services to meet the changing needs of residents.

CCRCs charge a lump sum upfront that starts at around $200,000, but the monthly fees thereafter are less than you’d pay at a traditional assisted living facility, says Drelich.

Over time, she says, CCRCs can be more budget-friendly than making the transition on your own from independent housing, to assisted care, to a nursing home.

“These are a great concept,” says Drelich. “They allow you to age in place.”

What about transportation services?

According to Nancy Thompson, a spokeswoman for AARP, many seniors overlook the importance of transportation when comparing assisted living communities.

That serene setting in horse country may lose its luster when you are no longer comfortable behind the wheel of a car.

“At some point, people outlive their driving years, so it’s important wherever you choose to live that it be someplace that won’t confine you,” says Thompson. “Will you be able to maintain ties to the important people in your life? Will you be able to keep your doctor or continue attending your house of worship?”

Many facilities lease or own their own vans, which are used to transport residents to recreational outings and for weekly trips to the shopping mall. Some charge extra for trips to doctor appointments, though, so be sure to inquire about costs. 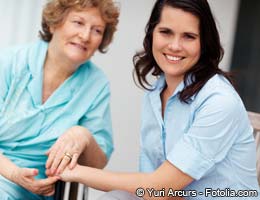 If you’re still unsure what type of facility is best for you, or your family lives out of state and is unable to assist, a geriatric care manager, or GCM, can offer guidance.

Charging anywhere from $100 to $200 an hour, GCMs meet with clients to get to know their personalities and preferences. From there, they develop a short list of candidate properties and visit the facilities on their clients’ behalf.

They also act as the clients’ advocate after they settle in, working with facility administrators to adjust their schedule as needed.

Most are licensed social workers, psychologists or former nurses from geriatric specialties.

“We know the facilities in our communities inside and out, and we know the staff, so we can really provide a personal perspective,” says Modigliani, who emphasizes that GCMs certified by the National Association of Professional Geriatric Care Managers do not accept placement fees from the facilities. 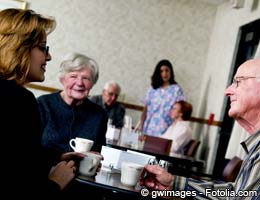 Does a facility meet your needs?

Geriatric care managers also complete a needs assessment, she says, and seek alternatives to assisted living centers that are appropriate for the client. That may include staying at home and paying for in-home senior care.

Picking an assisted living facility is an important — and pricey — proposition.

Ultimately, the right fit comes down to whether it falls within your budget, meets your long-term needs and feels like home.

“People really need to spend a little time visiting the property, and figure out whether they’re comfortable,” says Modigliani. “Take a good look at the activities options and speak to as many people as possible. Are these the people you want to be having meals with on a regular basis?”

If not, it may be best to keep looking.