If employers are required to set up ‘automatic IRAs,’ will workers save? 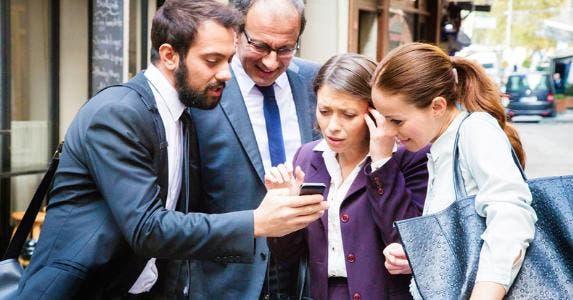 Some states are trying to change that by creating ways for workers to save through payroll deductions, even when their employers don’t offer a 401(k) or other workplace plan.

In other words, we’re lazy

“If people have a payroll deduction option, they are 15 times more likely to save than if they’re told to go out and start an IRA,” says David John, senior strategic policy adviser for AARP Public Policy Institute, citing unpublished research. “With auto-enrollment, participation is even higher.”

Source: Federal Reserve: Report on the Economic Well-Being of U.S. Households in 2014

In 2009, John, then a senior research fellow at the conservative Heritage Foundation, wrote a paper with Mark Iwry of the more liberal Brookings Institution proposing “automatic IRAs,” which would allow workers to use payroll deductions to funnel retirement savings to an IRA provider selected by their employer. Contributions would be set at a default amount, such as 3%, although the employee would be able to save more or less or opt out entirely.

Oregon and Illinois recently approved automatic IRA plans. In Illinois, employers with at least 25 workers and no company plan would be required to participate, while the Oregon plan would require all employers without a plan to offer the automatic IRA. Both states opted to create investment pools administered by their treasury department and managed by private firms, similar to the way states run their 529 college savings plans.

Washington state, meanwhile, has created a voluntary small-business retirement marketplace to connect employers with financial services companies that would offer several plan options. The director of the marketplace is required to include a “diverse array” of options that must include insurance products as well as SIMPLE IRA plans that allow employer contributions, payroll-deduction IRAs just for workers and the myRA, the retirement savings plan proposed by the Obama administration and backed by Treasury bonds.

Several other states, including California, Connecticut, Maryland, Massachusetts, Minnesota, Vermont and Virginia, are in the process of either creating new retirement options for uncovered workers or studying their feasibility, according to the Pension Rights Center.

Are opponents hurting themselves?

Proposals to require employer participation, though, have met strong opposition by many in the investment industry, including the Financial Services Institute, which believes the plans “unfairly compete” with financial advisers.

John notes that the financial service industry fought efforts to expand automatic retirement enrollment in the United Kingdom, only to discover the plans brought in more business.

Save now or go on welfare later

John believes the plans are cost-effective in a more global sense. People who haven’t saved for retirement are far more likely to need public assistance, creating a huge and growing strain on state and federal governments.

“This really is an effort that can save the states a lot of money going forward,” John says, “assuming we do it relatively soon.”