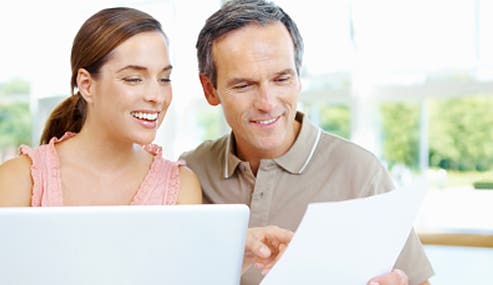 People nearing retirement are too confident about their ability to make smart Social Security decisions and could shortchange themselves by tens of thousands of dollars, according to a study commissioned by Financial Engines.

The firm commissioned a survey of people who:

They were asked how confident they were in their ability to make good choices about how and when to claim Social Security benefits.

How confident are seniors in their Social Security savvy?

They were asked how confident they were in their ability to make good choices about how and when to claim Social Security benefits.

Many seniors have gaps in Social Security.

But when they were given an eight-question test to measure their understanding of how the system works, most made a C or worse.

They have unknown unknowns

“Most people feel confident they know enough to make good decisions. The bad news is that confidence is substantially misplaced,” says Christopher Jones, chief investment officer for Financial Engines, which commissioned a Greenwald & Associates online poll of 1,008 people, including 634 who had not yet started Social Security. “The majority of people don’t understand (the system’s complexity), and they certainly don’t understand the core concepts.”

When people don’t grasp all their Social Security options, they make costly mistakes. Some of the most common are:

Understanding the options isn’t easy, however: There are more than 8,000 claiming strategies for married couples, Jones says.

Mistakes can add up big-time

The difference between the best claiming methods and the worst can be up to $100,000 in additional lifetime benefits for single people and up to $250,000 for married couples, Jones says.

“It is a big deal because people are leaving tens of thousands, even hundreds of thousands of dollars on the table,” he says.

Why the poll was conducted

Financial Engines, which is an independent investment adviser that provides personal advice for employees of its client companies, commissioned the survey to gauge how much people understood about Social Security, which Jones calls “an absolutely critical piece of the retirement puzzle.”

Indeed, Social Security retirement benefits account for more than half of the income of a majority of recipients.

Social Security as percentage of income, married couples 65 or older

Social Security as percentage of income, nonmarried persons 65 or older

He who hesitates is saved

The poll showed that most people who had yet to claim benefits didn’t understand how much more money they would get by delaying the start of their benefits, Jones says. The difference is so great that someone who has just $50,000 saved for retirement would be better off living on that money for a year or two so that he or she could put off collecting benefits, Jones says.

Benefits grow by 6 percent to 8 percent annually between age 62 and 70. Those larger amounts are further compounded by cost-of-living increases over the recipients’ lifetimes.

“The ability to get a real return of 6 percent to 8 percent, guaranteed — that’s a screaming good deal in today’s interest rate environment,” Jones says. “For every $1 you spend of your own money (while you delay starting benefits), the government is effectively offering $2 to $3 in additional lifetime income.”