It’s easy to get caught up in the excitement of buying a home, but beware of the misleading or downright dishonest things real estate agents sometimes say to make a sale.

In the competitive world of residential real estate, facts often are spun to generate buyer interest. Insiders call it “puffing.” Although agents may be held responsible for telling outright lies, there is plenty of leeway to stretch the truth.

Why say a house is small or cramped when you can describe it as cozy? If it has worn carpet and a leaking roof, a creative agent may describe it as “rustic” or even “quaint.”

Rhonda Duffy, an agent with Duffy Realty in Atlanta who advocates high industry standards, says using “fluffy language” to describe a home is common. “No seller wants us to say, ‘This is the ugliest house you’ve ever seen, but I am sure it will suit somebody.'”

What follows are examples of stuff real estate agents say that can be described as “puffery.”

‘It’s in great shape,’ except for the leaks 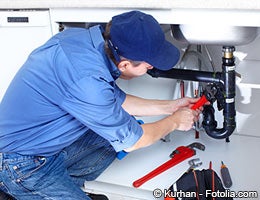 When an agent tells you a home is in excellent condition, be cautious. Perhaps it’s true, but the term is used so often that it has become an industry cliche with little real meaning.

Agents have plenty of horror stories about competitors who lured them and their clients to undesirable homes with grandiose descriptions. Kristie Weiss, a real estate agent in State College, Pa., recently visited a perfect-looking home only to find that a plumbing problem was sending water from the kitchen sink flowing into the basement.

“It may look pristine,” Weiss says. “The floors are gorgeous, and there are brand-new countertops and cabinets, but it needs a new heating system (or) it needs a new roof. There could be brand-new shingles, but what if they didn’t do the sheathing underneath?”

She recommends having a professional inspection before making an offer on any home, regardless of the appearance or an agent’s glowing description. 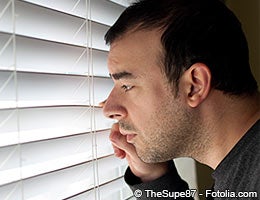 For some homebuyers, the ultimate dream is a house within sight of the ocean. In coastal cities, agents are quick to mention ocean views, even if they are obscured by trees or buildings. In San Diego, longtime real estate agent Gary Kent, with Keller Williams Realty, says it’s not unusual for house hunters to visit such homes, only to wind up asking sellers to point out where the ocean is. Kent says the answers often go something like this: “See that tree? Look a little bit to the left. That blue stuff is water.”

Hawaii real estate agent Randy L. Prothero recalls taking a client to see such a home. “I took him to this property, and if you stood on the roof with a 30-foot ladder, you might see the ocean through the trees,” he recalls. ” We call it a ‘peekaboo view.'”

That kind of exaggeration may bring people out to view homes, but it won’t close the deal, he adds. “I find that really annoying. It wastes everybody’s time.” 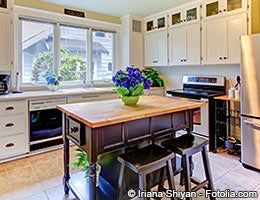 Kitchen upgrades can raise the value of older homes. Owners install modern appliances and granite countertops to spruce things up. The problem is that the term “remodeled” can be loosely interpreted. Prothero says he has visited remodeled kitchens only to find worn-out, 40-year-old cabinets still in place. Weiss has had similar experiences.

“I tell the truth in my listings,” Weiss says. “I will not say ‘completely remodeled kitchen’ if it is only new appliances, but there are a lot of agents out there who do. You just have to be very careful. There may be new countertops, but what kind? You never know until you get into the house.”

One phrase to watch out for is “a kitchen with everything within reach,” she adds. That’s agent-speak for really, really small. 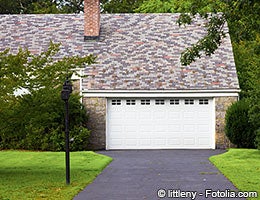 You’d think something as easy to define as a two-car garage would be difficult to exaggerate. Unfortunately, it’s common for agents to attempt to pass off a large one-car garage as adequate for two vehicles.

Weiss says the widespread use of large SUVs makes it important to make sure the home you’re buying truly has enough space for your cars. “A good buyer’s agent should say, ‘Pull your cars in the garage, let’s make sure they fit.'”

Another thing to watch out for is two-car garages that have been modified to hold washers and dryers or storage areas. They may look standard size, but might not provide enough room for two cars.

A ‘fixer-upper’ that requires a rebuild 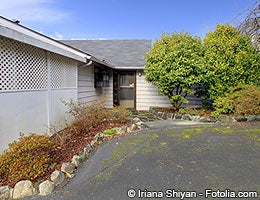 Fixer-uppers can provide wonderful opportunities for buying homes at bargain prices. If you’re handy with a hammer and don’t mind making multiple trips to the hardware store, this may be the house for you. It also could turn out to be a money pit.

Generally, a fixer-upper is considered to be a home that requires more elbow grease than money and construction expertise. The problem is the term often is used to describe homes that are badly in need of major repairs that are beyond the skills of your average homeowner.

Buyers don’t always realize what they are getting into, says Kent. When he hears “fixer-upper,” he goes into detective mode to find out just how much needs to be done to make the home habitable. “Basically, it says the house needs work,” he says. “So you are put on notice.”

The ‘I’ll get a better price’ empty promise 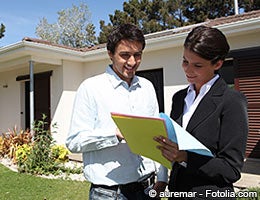 Real estate is competitive, and everyone looks for an edge. Unfortunately, some agents make promises they can’t keep in order to get your business. A common ploy is to tell you they can sell your home for much more than other agents say it’s worth.

“We call it buying the listing,” says Prothero. “Usually the Realtors who do that fall into two categories: They are weak agents and probably don’t understand the true value of the property, or they don’t have any active listings, and they will do whatever it takes to get one. Some will take the listing knowing they can’t sell it at that price.”

Promises to sell homes for unrealistic amounts should be disregarded, Weiss says. Not all agents are equally skilled at marketing, but it’s not likely that one can get you far more than your home is worth. “That is just plain supply and demand, simple economics.”