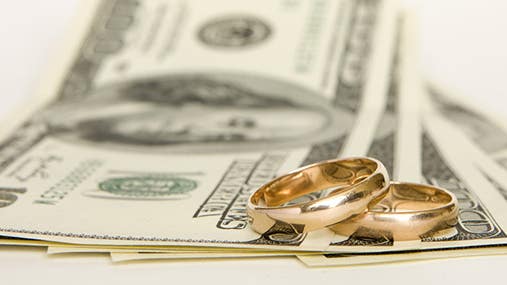 Despite a flurry of recent civil rights victories, same-sex couples still face discrimination in rental housing, according to a recent government study.

The Housing and Urban Development study looked at nearly 7,000 email queries sent in response to rental ads in 50 metropolitan markets. The emails varied only insofar as they identified the couple as either heterosexual or homosexual. In all areas, HUD found that same-sex couples faced discrimination relative to heterosexual couples. Gay men, for example, were about 16 percent less likely to receive a positive response than a heterosexual couple.

Surprisingly, the study also found that adverse treatment, while present in all 50 areas surveyed, is actually higher where there are laws against that kind of behavior.

“The HUD study is the first of its kind,” a spokesman for the agency says. “Unfortunately, we don’t know the levels of discrimination in those states or communities prior to the passage of the law; it is possible that legislatures passed the laws to address a significant problem they were seeing.”

About 20 states and the District of Columbia, as well as more than 150 cities, towns and counties across the nation, have laws that specifically prohibit discrimination against lesbian, gay, bisexual and transgender, or LGBT, individuals. While the Fair Housing Act doesn’t specifically protect LGBT renters, HUD officials say that they have been able to pursue more than 200 complaints in the last few years by looking at instances of gender-based discrimination, which is dealt with under the federal law.

Laws prohibiting any housing discrimination vary across the country. In some areas, only federal law applies. But in other areas, renters who have been discriminated against can avail themselves of state laws as well as local ordinances.

“If your area has a law against discrimination, there’s usually a local fair housing advocate that can help,” says Charmel Gaulden, a New Orleans lawyer and former executive director of the Gulf Coast Fair Housing Center. “What you’re looking for is a HUD-funded nonprofit group in your area that investigates discrimination.”

Typically, renters can find those local groups through a Google search, according to Gaulden. And chances are that if there’s a local law against housing discrimination, there may also be an equal opportunity commission or human rights commission that deals locally with discrimination.

If a renter lives in an area without local protections, he or she will have to use federal law and file a complaint with HUD. Complaints can be filed online, via phone or in person. It’s also possible to hire a lawyer who deals with civil rights issues. And while statutes of limitations vary, Gaulden says you typically have between one and two years to file a complaint, so it’s not “necessary to fight a discrimination battle at the same time that you’re looking for a place to live.”

Proving a discrimination case isn’t easy because it’s rare that a landlord will explicitly say why they didn’t offer a rental. But these days renters can do a lot to gather evidence, Gaulden says.

“The first thing I tell people is to trust their gut,” she says. “If you get that feeling that something is off, you should document whatever you can because most of the time there isn’t going to be direct proof.”

Renters should save any communications they had with the landlord, including the original ad, phone calls and emails. If possible, they should get as much of that communication in writing, which is easier these days because the Internet and email play a big role in any housing search. Renters should also get pictures of the rental property. That evidence alone may not prove discrimination, says Gaulden, but it may line up with other complaints about the same landlord, so in the aggregate that kind of information can be useful to investigators.

It’s also good to enlist the help of a friend, according to Gaulden. Often, friends can help document the searches and serve as witnesses, if necessary. In practical terms, friends may be able to help people facing persistent discrimination by making contact with prospective landlords on their behalf.

One of the best ways to minimize the impact of housing discrimination is to educate yourself about the law in your area before you start your housing search.

“Many people assume that the landlords they deal with are well-versed in all the laws that affect them, but this is often not the case,” says Ron Leshnower, author of “Fair Housing Helper for Apartment Professionals” and president of Fair Housing Helper, a New York-area website that helps landlords comply with fair housing laws.

According to Leshnower, it’s possible for an informed renter to correct an ignorant landlord and have the application accepted.

“While it is important to learn about differences in state and local fair housing law, apartment hunters and renters should, first and foremost, be aware that the Fair Housing Act offers them,” says Leshnower.

Renters can start learning about their rights on the HUD website and then following up with local resources as necessary.