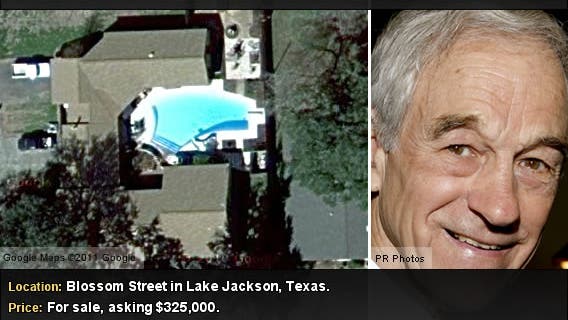 Find a mortgage on Bankrate.com.

Ron Paul and his wife, Carol, own two houses in South Texas. They are selling their home of 42 years in Lake Jackson, asking $325,000. It has 4 bedrooms, 5 bathrooms, 2 lofts and a swimming pool.