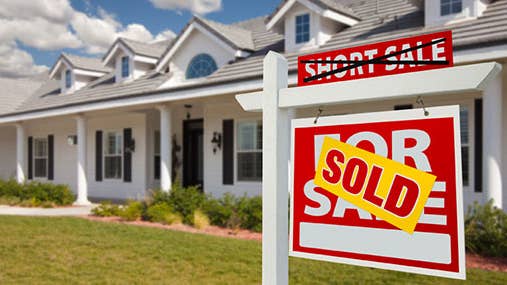 In areas hit hard by the housing bubble, short sale signs are common. But if you live in one of those areas and you’re selling a nondistressed home, it may be to your advantage to specifically state in your listing that you’re not offering a short sale, according to a recent study that looked at 5,000 home sales in Boca Raton, Fla.

“Our findings speak to that particular local market, but I think you can extrapolate to other areas where we’ve seen a lot of distressed properties and foreclosures in the last few years,” says the study’s co-author, Ken H. Johnson, an associate professor at the Tibor and Sheila Hollo School of Real Estate at Florida International University in Miami. “What we found is that, in those affected areas, there is a short sale stigma.”

The idea of a short sale stigma, says Johnson, is a little counterintuitive. After all, buyers should be on the hunt for deals, so theoretically, a short sale sign should help drive demand. But in areas with an abundance of distressed properties, Johnson’s data show that the opposite is true.

The bottom line, says Johnson, is that if you’re selling a nondistressed property in an area with a high foreclosure rate, it’s a good idea to tell buyers that your home or condo isn’t a short sale.

No one likes the inconvenience of buying a short sale

But what’s driving the stigma? Anecdotally, Johnson says he believes the problem stems from the fact that the glut of short sales and foreclosures has created a logjam over the past few years, making it more difficult for buyers to purchase a short sale than it would have been in a more normal market.

“In some areas, buyers are probably starting to believe that short sales mean a big hassle because they’ve heard horror stories about waiting months for one or more banks to sign off on the deal,” Johnson says.

That makes sense, according to Chantay Bridges, a senior real estate specialist with Clear Choice Realty & Associates in Los Angeles, a city that was hit hard by the housing bubble.

“Short sales have myriad variables, unknowns and maybes, leaving the buyer clueless at any given stage whether they are even still in the running,” says Bridges, who agrees that buyers in areas with high foreclosure rates do stigmatize short sale properties.

In any given short sale, a buyer may be waiting for the seller to resolve a bankruptcy or sort out lender delays. The seller might even be trying to postpone a notice of default.

“The list of variables goes on and on, and so does the short sale,” says Bridges.

When to tell buyers it’s not a short sale

Bridges says she thinks nondistressed sellers in those areas should make it clear to the market that they aren’t doing a short sale, given the current stigma.

“Buyers want to know that they can possess their dream home as soon as possible,” she says. “Many times when people hear the word ‘short sale’ it has become synonymous with ‘long wait time.'”

But Bridges, who also works in areas that were insulated from the housing bubble, says sellers who don’t have a lot of short sales and foreclosures in their neighborhood shouldn’t use the “not a short sale” label.

“In those areas, it would just be strange,” she says.

When it’s about price level, not only geography

Not all markets are the same. In the Phoenix area, buyers looking below the $250,000 price point may not be able to avoid short sales because the total housing inventory is about half of what it would be in a normal market, says Nicole Hamming, an associate broker with United Brokers Group, in Chandler, Ariz.

On the other hand, buyers looking at houses above that $250,000 threshold “will often choose not to look at short sales as they have more options and less competition,” Hamming says.

Not all short sales are the same these days, Hamming says.

“Who the servicer (lender) is, and who the underlying investor is will dictate the flow and the timeline to bring it from contract to close,” says Hamming, who adds that the scenarios can range from “easy” to “painfully difficult.”

As for whether she’d choose to list a nondistressed property as “not a short sale,” Hamming says the label doesn’t mean much in Arizona.

“We’re required to market our listings as to what they are,” Hamming says. “If it’s a ‘regular sale’ we have to market it that way, same thing if it’s a short sale or a bank-owned home.”