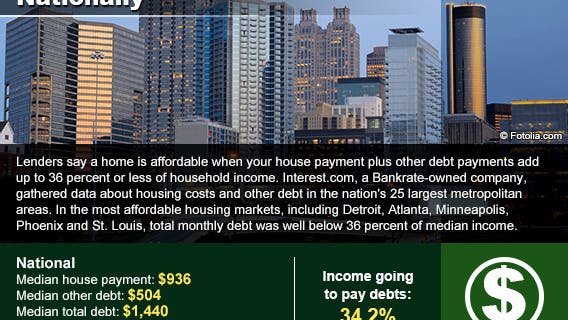 Shop for mortgage rates in your area. 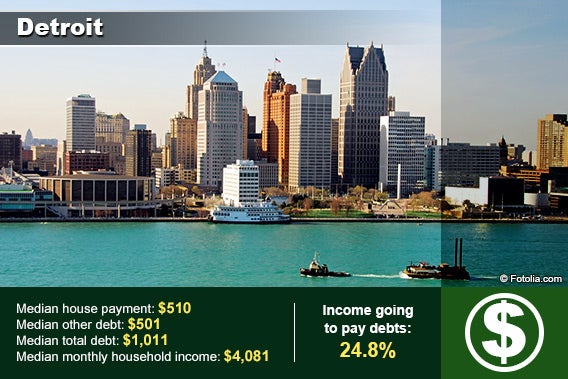 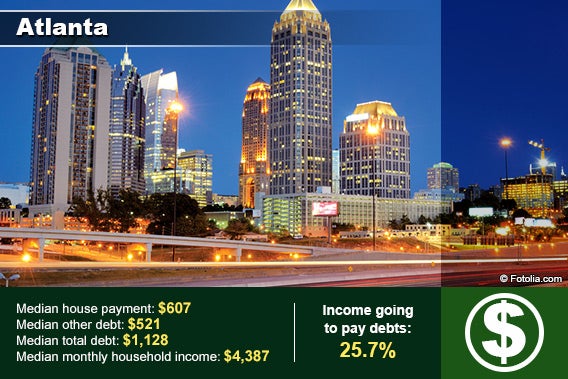 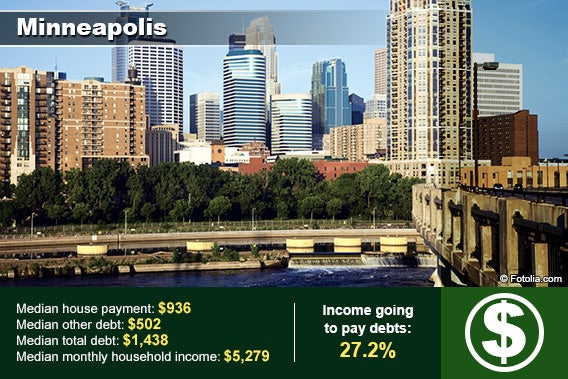 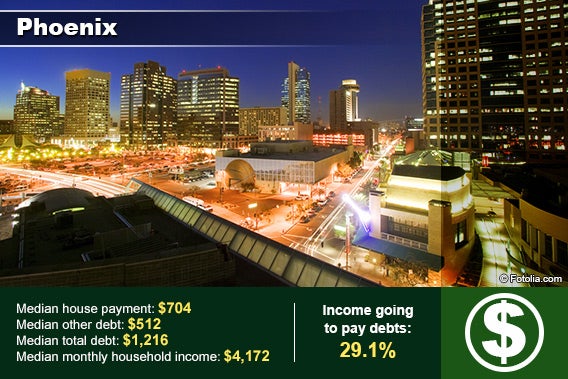 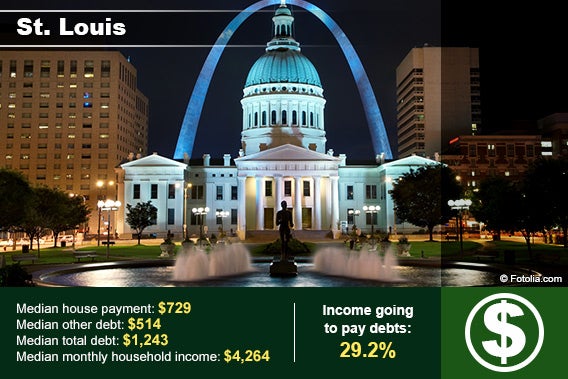 Houses are more affordable in some places than others. Does your metro area rank near the top or bottom?

Lenders say a home is affordable when your house payment plus other debt payments add up to 36 percent or less of household income. Interest.com, a Bankrate-owned company, gathered data about housing costs and other debt in the nation’s 25 largest metropolitan areas. In the most affordable cities, including Detroit, Atlanta, Minneapolis, Phoenix and St. Louis, total monthly debt was well below 36 percent of median income.

<p>Holden Lewis is a senior mortgage analyst, editor at Bankrate.com He joined the team as a reporter in May 1999 and wrote for a couple of years about online banking and other personal finance topics. He wrote one of the first articles about a then-obscure service called PayPal. He took over the beat covering mortgages, real estate and the Federal Reserve in September 2001 and won numerous awards for his articles and blog posts.Lewis has been a board member of the National Association of Real Estate Editors for several years, and served as the organization&apos;s president in 2009.In the fall of 2010, Lewis switched over to editing articles about mortgages, real estate and the Fed. He is an assistant managing editor.Before working for Bankrate, Lewis spent nine years as a reporter, copy editor and the first web editor for The Blade, the daily newspaper in Toledo, Ohio. Prior to that, he was a reporter for the Associated Press in Dallas and Baltimore, before being named the AP&apos;s correspondent in El Paso, Texas. He was reporting on the scene in 1987 when Baby Jessica was pulled from a backyard well in Midland, Texas. Later, he was the AP&apos;s correspondent in Lubbock, Texas.Lewis is a 1985 graduate of the University of North Texas.</p>