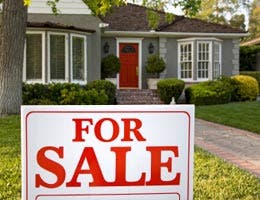 “The folks who were really hurt are those who bought at the top of the boom and had to sell for one reason or another. They were relocated or lost their job or had some sort of toxic loan they couldn’t refinance,” says Walter Molony, spokesman for the National Association of Realtors.

Molony blames subprime lending, not just for the housing bubble, but also for skewing housing data for the foreseeable future.

“The whole economic downturn was really driven by the toxic mortgages that should never have been introduced to the market in the first place. That led to abnormal behavior and induced sales above what we were expecting. This whole house of cards was built on these toxic loans that originated with Wall Street, and we are still paying the price for them today,” he says.