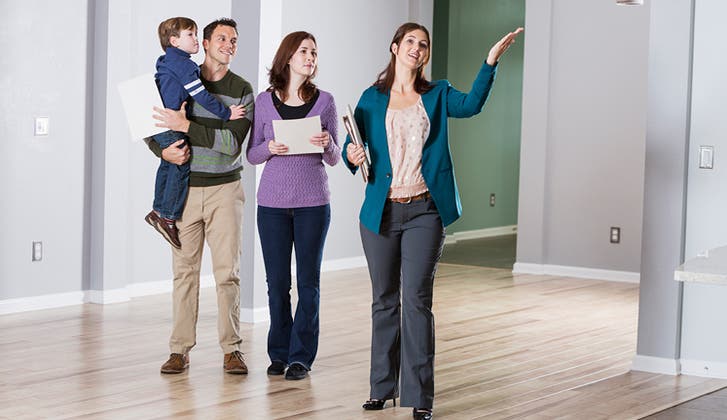 When homeowners in College Station, Texas, were told by an agent that prospective buyers were too scared to tour their home because their dog was barking aggressively, the homeowners opted to send their dog to live with their adult kids until the house was sold. While not all sellers react as decisively as those homeowners, most find feedback extremely valuable, says Jan Fite Miller, executive vice president of Century 21 Judge Fite in Irving, Texas.

Often, a home seller will ask the agent what visitors say about the home’s condition and sales price. And sometimes there are complaints. Just how valuable those comments are depends on what’s said, who’s saying it and why, says Morgan Knull, an associate broker with Re/Max Gateway in Washington, D.C. Valuable comments are those that help the sellers improve their sales chances.

Miller says feedback from buyers can be helpful. Buyers have reported that for-sale homes have been burglarized and, once, “that a squirrel had gotten inside and shredded the drapes.” And buyers’ comments “support things that we say to sellers to make their home more appealing.”

Miller says that when she was selling her parents’ home, another agent told her that “it looks like someone died there.”

“I found out that my parents were closing the blinds, turning out the lights and shutting off the air conditioning every time they left the house,” Miller says. “We ended up having them move out so we could show the house at its best.”

Knull says that comments are particularly important if a property is occupied by renters because it can be difficult to know if the tenants are allowing access to the home and keeping it clean.

“Some people deliberately provide negative feedback or say that the price is too high in order to increase the chances that a low offer will be accepted,” says Diana Saiz, a Realtor with Coldwell Banker Residential Real Estate in Coral Gables, Florida. “A good Realtor can usually tell if the feedback isn’t true, but I take all feedback with a grain of salt.”

How to get useful responses

Get your agent to ask prospective buyers and their agents how your home appears. Raylene Lewis, a Realtor with Century 21 Beal Inc. in College Station, Texas, says she asks targeted questions and for an opinion on the sales price.

Knull emails buyers’ agents the day they visit a home with a link to the virtual tour to trigger memories of the property.

“I thank them for visiting and always write in capital letters that I want ALL feedback so they know I want to hear criticism, as well as compliments,” Knull says.

Miller says agents should always ask buyers for specifics about what they like and don’t like about a property. This gives sellers an opportunity to make changes.

Feedback: Ignore it or listen?

Miller says that sellers should listen to all feedback to evaluate how to respond, particularly if their home is languishing on the market. And, Lewis adds, a good agent can determine whether a response is helpful or is a gambit to land a better deal.

Knull says the time to listen to feedback is when a theme appears at a broker’s open house or from several prospective buyers rather than just a cranky statement from one buyer.

“It’s helpful to look at a compilation of comments,” Knull says. “Some of the best feedback I’ve ever received says things that can be hard for me to say to a seller, such as that the renovation they’re very proud of wasn’t done well enough or thoroughly enough to justify the price they think they can get.”

Lewis says some of the best comments help her convince the sellers of something they weren’t willing to hear, such as that their home has too much clutter or is too crowded with furniture, or that it smells like cigarettes or cats.

“It can be hard to see right and wrong when you’re in your home every day, so that’s why you should sometimes listen to what buyers say,” Lewis says.

Miller adds: “It’s Selling 101 to tell buyers that if they don’t like the carpet or the paint they can change it, but when it comes to something that can’t be changed, such as the floor plan or the lot, and the home isn’t selling, then you have to lower the price to attract more people.”