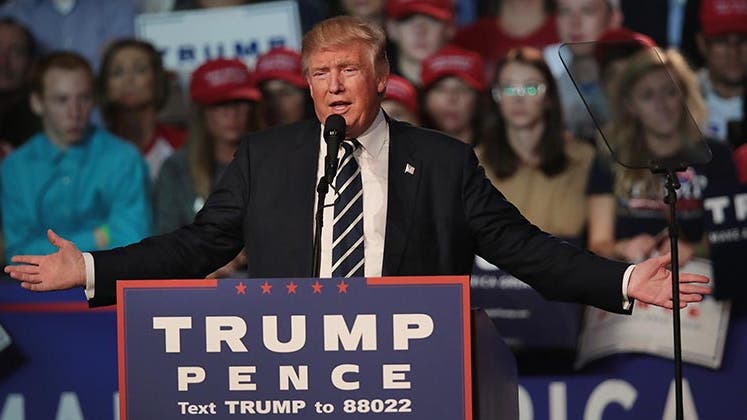 You might hope that all of the money, shoe leather and emotion expended during the tumultuous presidential campaign will result in substantive action to address the serious issues affecting U.S. households’ personal finances.

But you’d be wasting your time. And that’s not a reflection on President-elect Donald Trump.

“This election has been just so toxic that it’s hard to see us come out of this with a new sense of unity and purpose and direction,” says Scott Adler, professor of political science at the University of Colorado and director of the American Politics Research Lab.

Trump will have to overcome a range of hurdles in order to get much done that would affect your finances.

A hard road for Trump

The biggest impediment to sweeping changes by Trump is one that has also frustrated President Barack Obama: a remarkably unproductive and bitterly divided Congress.

While in previous years, a president might have hoped to bargain and horse-trade with legislators from the opposing party to make some kind of progress, those days are likely over, at least for the time being. In fact, less of anything is happening in Congress these days, says Sarah Binder, a professor of political science at George Washington University.

“By any metric of Congress’ legislative performance,” she says, there’s been “a steady rise in what we might call stalemate, or legislative gridlock.”

ADVISER SEARCH: Need a good plan for the next four years — and beyond? Find a financial adviser today.

The Senate, in particular, has turned into a graveyard for important legislation in recent years, thanks to the increasingly routine use of the filibuster, the Senate tactic of blocking votes by refusing to end debate.

Since it takes a supermajority of the Senate (60 out of 100 senators), to overcome a filibuster, getting anything big through the Senate will likely remain a challenge.

The reasons why boil down to two main factors, says Binder. The first is ideological: Republicans and Democrats in Congress don’t share much common ground when it comes to what they think are the best policies for the country.

According to 2014 research by professors Howard Rosenthal of UCLA and Keith Poole of the University of Georgia, the ideological distance between representatives and senators in the two parties “is now at the highest level since the end of Reconstruction.”

The other issue is the “very intense electoral competition” that has characterized U.S. elections in recent years, Binder says. With the Senate flipping fairly regularly and few lasting or landslide political victories, the party opposing the president has even less incentive to cooperate, since it’s likely they’ll be able to leverage their opposition into electoral victories quickly, she says.

Trump will presumably have support on enacting his agenda from members of his own Republican party in the House and Senate.

But Trump is no conventional Republican. To begin with, both his character and past statements have often come under fire from prominent members of the GOP, including many House members.

Despite that, George Washington’s Binder says she would expect a GOP majority in the House to fall in line with some of Trump’s proposals for increasing infrastructure spending and curtailing illegal immigration.

“If it’s infrastructure, I think Republicans will suddenly re-learn how to love federal spending again,” Binder says. “I think both parties would look to the impact on their districts, and even Republicans who have been quite hostile toward expansionary fiscal policy might realize that they’re going to need it once there’s a Republican in the White House.”

But other positions of Trump’s are at odds with long-held Republican policy — such as his call for six weeks of paid maternity leave — and may not find support from Republicans in Congress.

And, Senate Democrats could use the aforementioned filibuster to block many of Trump’s appointments and initiatives.

Many of America’s biggest decisions on the economy and financial regulation are made by the Federal Reserve. That importance has only grown since fiscal policy has been locked in a stalemate between Democrats and Republicans, says Gary Burtless, an economist with the Brookings Institution.

“The only economic policy game in town that has been run on a consistent basis is the monetary policy” run by the Federal Reserve,” Burtless says, adding that he expects that to continue.

Burtless says it will take a while for Trump to have an effect on Fed policy, thanks in part to “slow turnover in the composition of the people on the (Fed’s) Federal Open Market Committee.”

Current Federal Reserve Board Chair Janet Yellen will be guiding U.S. monetary policy until February 2018. After that, Trump — who has said he’d like to pick a new Fed chair — will be able to nominate a replacement, but he’d have to get his nominee through the Senate and possible obstruction from the Democrats.

Executive decisions are an exception

There are some ways Trump could affect your finances, even without congressional cooperation.

He will have plenty of influence over things like international trade, financial regulation and workers’ rights just by virtue of her appointments and executive actions.

“Presidents can do things through their negotiating power and their rule-making ability, and their ability to appoint people to key positions in the government that have to adjudicate things like, ‘Has there been dumping of another country’s exported products into the United States?'” says Brookings’ Burtless.

And just because a president has gotten a law passed or an executive order signed doesn’t mean it’s safe from attack by the opposing party.

It’s likely that Trump will have to contend with a Supreme Court that has often been used as an avenue to attack the opposing party’s legislative victories.  An obvious example in recent years has been the bitterly contested case over the constitutionality of Obamacare.

With the justices on the court growing increasingly polarized ideologically — like the rest of the government — and with Republicans and Democrats ever more willing to thwart officials on the other side of the political aisle by “finding new institutional and procedural routes to challenging when you lose, to challenging the other party,” even any policy victories the new president wins could be dogged by court challenges for years to come, Binder says.

“Neither side wants to take its losses and move on,” she adds.