6 US presidents who were deep in debt 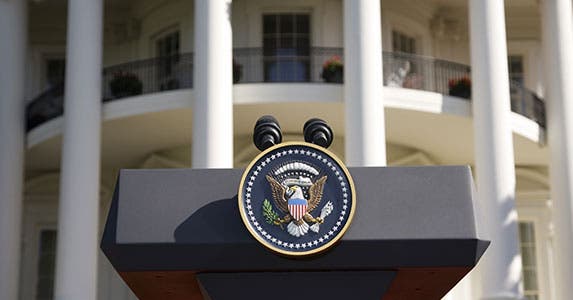 6 US presidents who went broke

It’s hard to imagine an American president not having enough money to pay his debts, but for at least 6 of the most powerful men in our nation’s history, bankruptcy could have been a real possibility. That is, it could have been if there were bankruptcy laws back in the 19th century.

It’s not as if these presidents were deadbeats. They weren’t even bad businessmen, necessarily. Presidents in the 19th century not only got less compensation — they were responsible for paying for their own travel, diplomatic entertaining and the salaries of their staffs. George Washington’s annual salary in 1789 was just $25,000. That number did not rise until 1873 when Ulysses S. Grant made $50,000 during his second term.

Sitting presidents have never been paid well. When a reporter commented that Babe Ruth’s $80,000 salary for 1930 was more than President Herbert Hoover’s ($75,000), Ruth famously replied, “I know, but I had a better year than Hoover.”

Bankrate takes a look at the financial storms that overwhelmed 6 U.S. presidents. 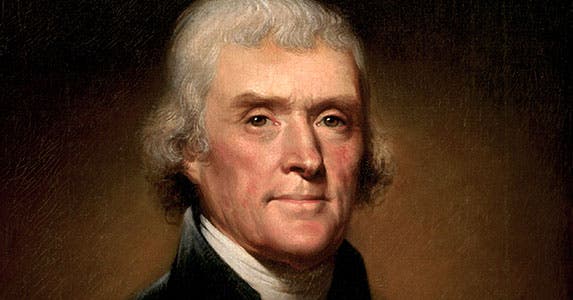 As one of the Founding Fathers and owner of a huge Virginia plantation, our third president had a reputation for being well-heeled. That didn’t make him a good money manager. Jefferson inherited debt from his father-in-law, and made a habit of signing notes for unreliable debtors. Monticello, the sprawling estate that was his pride, was also a money pit. Tobacco farming was a risky proposition. The enormous loans required upfront to buy crops left growers at the mercy of crop failures and price fluctuations.

Serving as president added $10,000 to Jefferson’s mounting debts. By the end of his life, he owed 10 times that amount. In a desperate attempt to pay off his creditors, he concocted a scheme to raffle off Monticello in a lottery. He was persuaded to give up that idea in favor of raising the money he needed through private subscriptions, but he died insolvent, his estate not worth the nickel that now bears his image.

Although William Henry Harrison’s birth into a prominent Virginian family — he was the son of a signer of the Declaration of Independence — gave him impeccable credentials in government circles, he chose instead to study medicine. But when his father’s death left him with too little money to continue his studies, he used his family connections to launch a military career.

Financial difficulties, exacerbated by the needs of a growing family — he fathered 10 children — continued to weigh on him.

A decade before he was elected president, Harrison was appointed ambassador to Colombia, an experience that came close to bankrupting him. He returned from a year abroad to find that bad weather had destroyed his crops, his sons had run up big bills and creditors were pounding on the door.

Attempts to recoup the damages were unsuccessful, and when he died of pneumonia a month after his inauguration, he was close to insolvency. 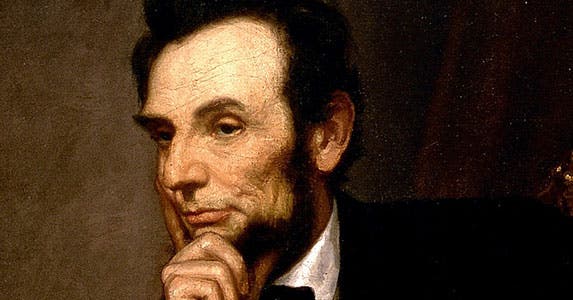 Lincoln’s early business ventures did not do well. In his defense, some claim it wasn’t his fault; he was the victim of bad luck and, possibly, poor judgment in choosing business partners.

In 1831, Lincoln and a cousin ferried provisions for a general store down the Mississippi for a none-too-honest businessman named Denton Offutt, who promised to open another store and make Lincoln its manager when they returned. While Offutt made good on that promise, the new venture had been run into the ground by the spring of 1832, though there is no proof Lincoln was at fault.

The following year, Lincoln partnered with a friend, William F. Berry, to buy a general stone in New Salem, Illinois. Since Lincoln had no money, he simply signed a note with one of the store’s previous owners. The enthusiastic young men then started buying up inventory from other stores on credit.

Business was poor, and the overextended partners were unable to repay their debts. Honest Abe sold his share shortly before the enterprise went under, but when Berry died soon after, he insisted upon honoring the debt. The local sheriff seized his assets: a horse and some surveying equipment.

That debt took years to pay off, but a change of career from shopkeeper to lawyer helped lift Lincoln out of poverty — and into the national spotlight. 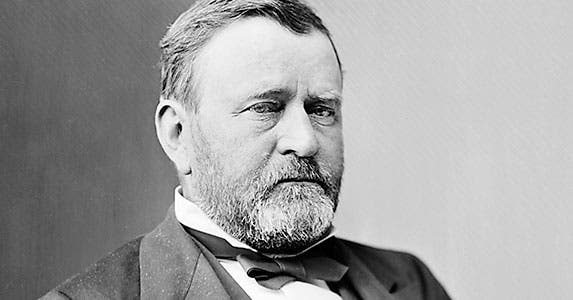 It was Grant’s obvious lack of business sense that prompted his father to send him to West Point, where his academic performance — he graduated 21st out of 39 in his class — did not hint at a future as a brilliant general. But the Civil War made his reputation. Swept into the White House on a wave of national popularity, he was for a time the best-known American in the world. At the end of his second term, he and his wife embarked upon a lavish worldwide tour, sparing no expense.

Back in the United States, the Grants settled in New York. Grant’s son, Buck, suggested that they partner with Buck’s associate Ferdinand Ward, and father and son each contributed $100,000 to the investment banking firm of Grant and Ward.

Ward, as it turned out, was a 19th-century Madoff, embezzling from veterans and other investors. When the scandal broke in 1884, Ward went to jail, and Grant lost everything.

The desperate ex-president decided to write his memoirs, and with the help of Mark Twain, his friend and publisher, they became an enduring best-seller. Grant died shortly after publication, but his family realized close to $450,000 in royalties. In 1885, that sum was equivalent to about $15.4 million today. 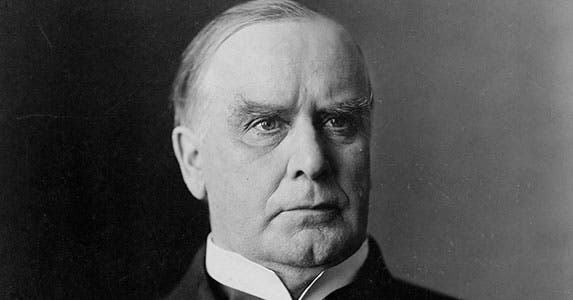 Like many chronic debtors, McKinley’s biggest problem may have been trusting the wrong people. A country schoolteacher in his youth, he studied law after serving in the Civil War and soon became involved in Ohio politics. His first term as governor coincided with the Panic of 1893, a serious downturn in the national economy caused by railroad overbuilding, bank failures and a run on the gold supply.

Gov. McKinley was one of many Americans to face bankruptcy in 1893. He had co-signed a loan for a friend whose tin plate factory went under, leaving McKinley owing an estimated $100,000.

The governor, embarrassed, asked friends to help him sell off his property and manage his finances. Instead, they looked for ways to raise the money themselves. Ultimately, political boss Mark Hanna bailed him out.

The news that their governor was among the nation’s insolvent didn’t bother Ohio voters, who re-elected him for another term. In 1897, McKinley was sworn in as president of the United States, serving until his assassination in September 1901. 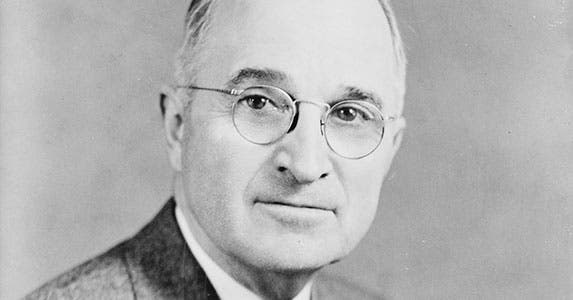 A relatively poor candidate to reach the White House in the 20th century, Harry S. Truman lost his inheritance by borrowing against it to invest in a zinc mining company that belly-flopped. Later, when the haberdashery he co-owned failed and his partner declared bankruptcy, Truman was urged to do the same. Like Lincoln, he insisted upon honoring his financial obligations, saddling himself with debt for years.

His lamentable financial circumstances moved Congress to increase the annual presidential salary to $100,000, plus $50,000 for expenses in 1949.