Money plays a big role in the elections. Each month, political pundits track fundraising and spending by the political parties, the campaigns and the political action committees, or PACs.

A lot of those dollars are coming from some big-money names. But who are they? So far, one of the pro-Mitt Romney PACs, Restore Our Future, has made inroads with many of the nation’s billionaires, while one of the pro-President Barack Obama PACs, Priorities USA Action, has enjoyed a lot of support from Hollywood celebrities.

With the election in November, here’s a look at some of the biggest donors so far. 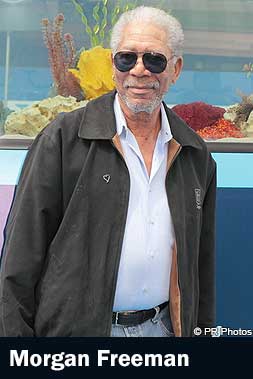 In a career spanning five decades, Morgan Freeman has appeared in nearly 100 film and television projects, but it wasn’t until 2005 that he won an Oscar for “Million Dollar Baby.” It turns out that was a fitting title. In July, Freeman reportedly gave $1 million to the pro-Obama super PAC, Priorities USA Action.

By some estimates, Freeman has a net worth of about $90 million. 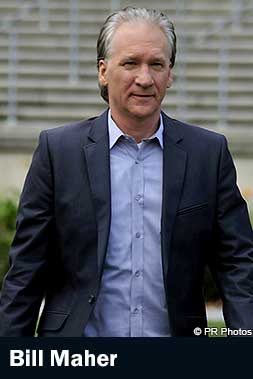 Comedian Bill Maher cracks a lot of political jokes on his HBO show, “Real Time with Bill Maher.” But this year, the funnyman decided to put his money where his mouth is by giving $1 million to a pro-Obama super PAC, Priorities USA Action.

Maher is reportedly worth an estimated $23 million. He described his $1 million political contribution as “the wisest investment I think I could make.” 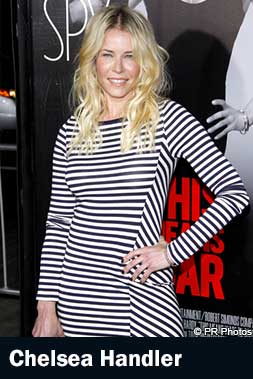 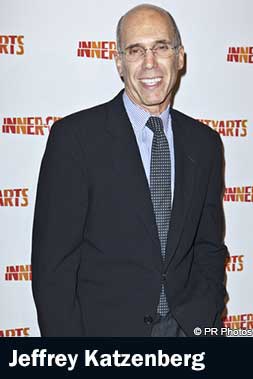 With an estimated fortune of about $800 million, the DreamWorks Animation boss isn’t quite a billionaire, but Jeffrey Katzenberg sure contributes like one. Last year, the man who helped bring features such as “Shrek” to the big screen dropped a bombshell in the political world, giving $2 million of his own money to pro-Obama super PAC, Priorities USA Action.

But politics isn’t a new passion for Katzenberg. As a teenager, he worked as an advance man on former New York Mayor John Lindsay’s staff. 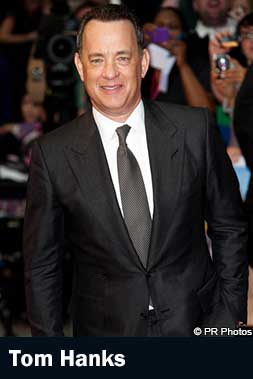 It may not be “Big” money for Tom Hanks, but Hollywood’s favorite Everyman chipped in $35,800 to the Obama Victory Fund 2012 PAC. Campaign finance records also show that Hanks contributed $30,800 to the Democratic National Committee. Hanks earned a reported $26 million last year, according to Forbes, which noted that the actor’s box office performance was down from his usual annual earnings. 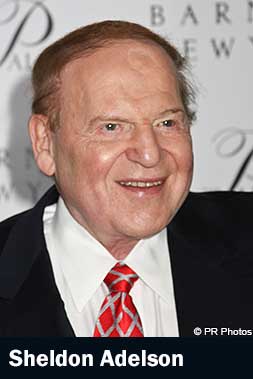 Casino mogul Sheldon Adelson doesn’t make small wagers. During the Republican primary, he thought about contributing $100 million to Newt Gingrich. He even gave a reported $16.5 million to Winning Our Future, a PAC aligned with the former House speaker.

As the election nears, Adelson, who owns the Venetian in Las Vegas, has offered up $10 million to Restore Our Future, a pro-Romney super PAC.

Politico estimates he’s contributed a total of $20 million to $30 million to tax-exempt organizations.

Forbes estimates his worth at $20.5 billion. 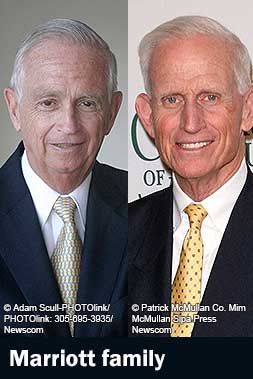 One hotel probably resembles another as politicians traverse the country, but when it comes to backers, one name stands out for Romney — Marriott. So far, brothers Bill and Richard Marriott have given $750,000 each to the Romney PAC, Restore Our Future. But their contribution probably isn’t that surprising. Romney spent more than 10 years on the board of Marriott, and both families reportedly have a long, close relationship.

Forbes estimates Bill Marriott’s fortune at $1.6 billion; Richard Marriott has an estimated net worth of $1.9 billion. 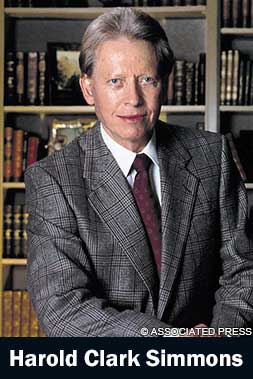 Texan Harold Clark Simmons, owner of Contran Corp., a chemicals and metals conglomerate, has given the pro-Romney Restore Our Future PAC $800,000 so far.

That’s a relatively small amount for Simmons, who reportedly gave more than $1 million to Rick Santorum before he dropped his bid for the Republican nomination.

Simmons, worth an estimated $7.1 billion, according to Forbes, is no stranger to the world of political PACs. In 2004, he reportedly gave $3 million to a group that produced the Swift Boat Veterans for Truth ads against then-presidential candidate John Kerry. 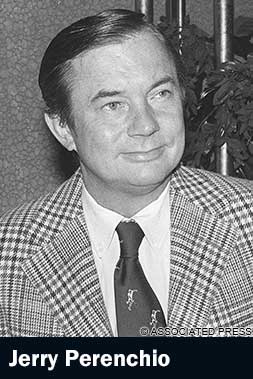 Proving that conservatives do exist in Hollywood, Jerry Perenchio, former chairman and CEO of Univision, gave $500,000 to the Restore Our Future PAC. According to The Sunlight Foundation, a nonpartisan watchdog group, he has given an estimated $50 million over the years to various political causes, most of them conservative. In the current election cycle, Perenchio has also reportedly given $2 million to the conservative PAC, American Crossroads.

Perenchio’s net worth is estimated at $2.4 billion, according to Forbes. 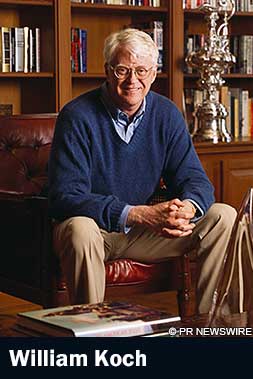 When it comes to conservative billionaires spreading money around in political circles, the Koch brothers (David and Charles) get most of the scrutiny. But so far, it’s been William Koch who’s given the biggest boost to the Romney campaign, delivering $2 million to Restore Our Future.

Koch Industries is America’s second-largest privately held company and is run by brothers David and Charles.

William Koch has an estimated net worth of $4 billion; his brothers are each estimated to be worth $31 billion.