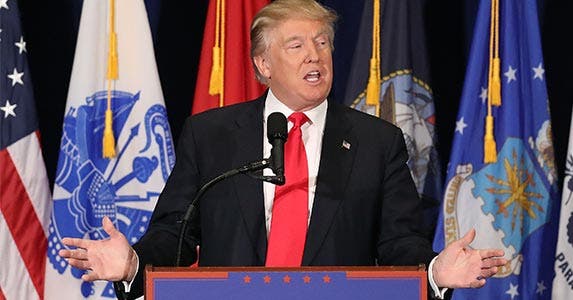 The GOP vs. Trump on money issues

On more than several occasions, Trump has found himself at odds with members of his own party, and not just with Republican National Convention scene-stealer Ted Cruz or the Republican elected officials who didn’t even go to Cleveland.

“In most presidential elections, the presumptive nominee or actual nominee is a member of the party establishment, and thus, there is usually a close correspondence of opinions between the party, the party platform, and the nominee,” says Mike Purdy, an historian who blogs at PresidentialHistory.com.

Trump met with Republican Senate leaders ahead of the convention in an attempt to mend fences after a contentious primary season, but the meeting became tense and combative after heated exchanges with some senators, according to multiple media accounts.

The gathering in Cleveland didn’t seem to bridge differences.

These 5 issues are certain to be on the table. 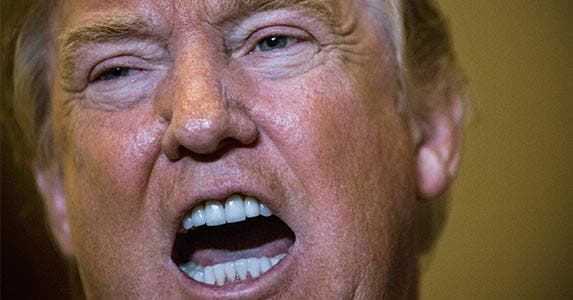 Trump isn’t interested in this time-honored tradition. He says he won’t release his returns until a government audit is completed. “There’s nothing to learn from them,” he told The Associated Press in May.

Still, there is no legal reason not to disclose his tax return. “There is no IRS rule that says you can’t show your tax returns to someone else (like the public) while you are under audit. After all, an audit is not a criminal investigation,” says Tom Wheelwright, a CPA and CEO of ProVisionWealth.

“Mr. Trump may be afraid that people will second-guess the way his income is reported or may question his deductions or credits. More likely, people would be completely baffled by his tax returns as they are sure to be more complex than the blueprints for Trump Tower,” he says.

Trump’s party leaders want him to follow tradition. “For the last 30 or 40 years, every candidate for president has released their tax returns, and I think Donald Trump should as well,” Senate Majority Leader Mitch McConnell told Business Insider. 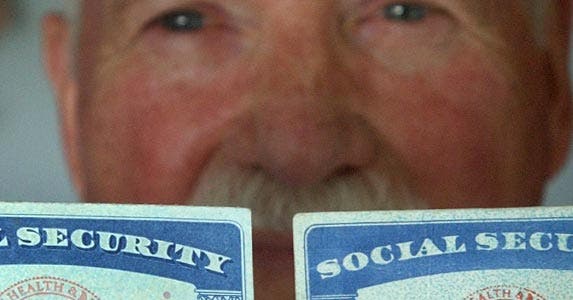 Cutting Social Security is about as sensitive a political issue as there is.

House Speaker Paul Ryan said on his website that Social Security needs to be reformed. “The federal government is making promises to current workers about their health and retirement security for which it has no means to pay,” he says.

Ryan and others in the GOP have supported partial privatization of Social Security for Americans under 55 years of age and cutting benefits.

Which position will win out at the GOP convention?

“Trump’s promise to not touch it is certainly popular but perhaps not practical, while the GOP establishment’s position of significantly reducing benefits isn’t popular nor practical,” Purdy says. “Whether Trump and the party will arrive at a practical and popular position at the convention is doubtful.” 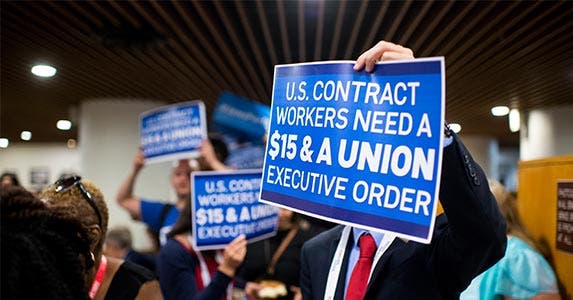 President Barack Obama has pressed Congress to raise the minimum wage, and some states and cities have helped to give him ammunition.

“Since 2013, about 40 cities and localities have risen to the challenge — including Lexington, Kentucky; Santa Fe County, New Mexico and Oakland, California — and the drumbeat continues, with more states and localities considering ballot initiatives and legislation,” the White House says.

In May, Trump said he’d consider raising the minimum wage. “I’m looking at that because I’m very different from most Republicans,” Trump told CNN. “You have to have something that you can live on.”

This may be a smart political argument, with Trump taking a position popular with Democrats.

“By taking this anti-Republican, pro-Democratic position, Trump is appealing to workers still suffering from the effects of the Great Recession, and is hoping to appeal particularly to Rust Belt voters,” historian Purdy says.

The federal minimum wage is $7.25 an hour, and some states have frozen it at that amount. Obama is supporting an increase to $12 by 2020. Some labor groups want $15.

RATE SEARCH: If you’re moving to a job with higher wages, and are looking for a house, you’ll find the best mortgage rates today at Bankrate.com.

Republicans have rejected a minimum wage hike. “If our purpose is to increase the wages of all Americans, I believe there are better ways to accomplish this goal,” said Sen. Dan Coats, R-Ind., after a procedural vote to kill a minimum wage bill. 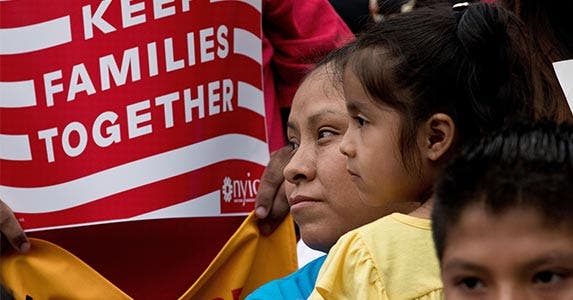 The Republican Party has taken a tough stand against illegal immigration, including any form of amnesty for those who have entered the country.

Trump takes an even more provocative stand. He said he would deport every undocumented immigrant in the United States, build a wall along the border with Mexico and make our southern neighbor pay the cost.

“Nearly 180,000 illegal immigrants with criminals records, ordered deported from our country, are tonight roaming free to threaten peaceful citizens,” Trump said in his speech at the Republican convention.

“To highlight his stand on immigration, Trump cited the case of Sarah Root, an Omaha, Nebraska, woman who was killed in an auto accident with an illegal immigrant earlier this year.

Root “was just one more American life that wasn’t worth protecting,” Trump said. “One more child to sacrifice on the altar of open borders.”

In 2012, GOP standard-bearer Mitt Romney won 27% of the Latino vote, after advocating “self-deportation” and sanctions for employers who hire illegal workers.

“The risk to the Republican Party is that Trump’s positions on immigration, while popular with a narrow part of the GOP base, may not play as well in a general election and may cause a Goldwater- or McGovern-size loss not only to Trump in November, but put the control of Congress at risk,” historian Purdy says. 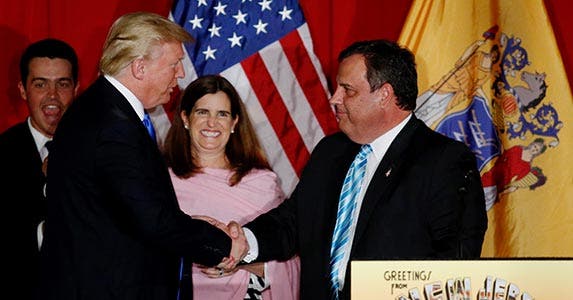 In March, during the presidential primaries, Trump decried America’s trade pacts in an opinion piece in USA Today and in campaign swings through the Rust Belt, in states including Pennsylvania and Ohio.

He took aim at the Trans-Pacific Partnership — a pact that lowers trade barriers among 12 countries. The agreement has been supported by congressional Republicans, although the president and GOP are in no rush to bring it to a vote until after the election.

Trump opposes the pact as well as the North American Free Trade Agreement, or NAFTA.

“The TPP will not only destroy our manufacturing, but it will make America subject to the rulings of foreign governments and it’s not going to happen,” Trump said. “I will never, ever sign bad trade deals. America first, again. America first.”

During a recent campaign swing through Pennsylvania, he drove his position home. “This wave of globalization has wiped out totally, totally our middle class,” he said.

“Trump has taken a populist position on a complex subject by arguing that he is the best negotiator in the world and can get a better deal for the American people,” Purdy says. “The Republican Party, on the other hand, has taken a more nuanced position, recognizing the complexities of trade in an increasingly global economy.”