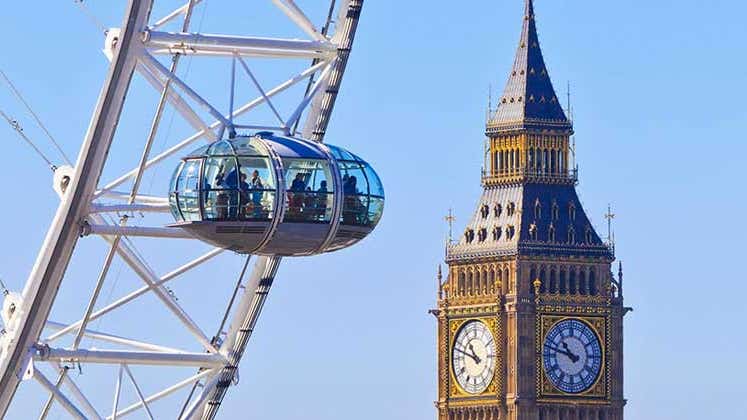 After the United Kingdom officially parts ways with the European Union in about two years, Americans could see fewer flying options abroad — and longer passport lines when they do travel.

The upside: Your trip could be cheaper.

“Brexit creates that opportunity to spend outside the U.S.,” says Bodhi Ganguli, lead economist of Dun & Bradstreet’s Country Risk team. “It’s a good time to visit generally anywhere else in the world because the dollar isn’t just strong with respect to the pound sterling.”

In other words, because the exchange rate for many currencies like the pound and the Euro is now more favorable to the dollar, you’ll get more bang for your buck at hotels and restaurants and when you buy souvenirs to bring back home.

The British pound fell to a three-decade low against the dollar after U.K. voters approved the Brexit referendum last summer. It has remained near rock-bottom since.

Experts say downward pressure on British currency could remain well after Prime Minister Theresa May begins the formal Brexit process, which will set off two years of exit negotiations.

Barring any events that would make the dollar weaker – say a presidential administration enacting numerous protectionist policies – traveling to the U.K. could remain a good deal for some time.

During the negotiation period, the U.K. will have to redo open skies agreements that have added more air routes and driven prices down. If that can't be worked out, air travel will get more expensive.

And once you get to London, for example, you may have to wait in longer passport lines, as European travelers will now join Americans in line, instead of breezing through a separate line designated for EU residents.

"London's international airports will need to radically rethink baggage claim and passport control, two of the biggest pain points in travel," Jason Clampet, co-founder and head of content at the travel website Skift, told USA Today. "For passengers transiting to Europe via London or other gateway cities, you'll need to claim your baggage and take it through customs because, remember, you're not in Europe anymore."

Over the long term, Clampet says Brexit could broadly impact tourism-related industries in the U.K. New hotel developments may be delayed and restaurants, transit and shopping prices all could increase.

What's more, while business travel declined immediately after the vote, pushing some hotels to offer deals, the realities of Brexit eventually could lead to higher lodging prices.

That's because separation from the EU could bring with it immigration restrictions, particularly among Eastern European countries, where many hotel workers originate.

"As this source of cheap labour could be cut off, overheads which were already under pressure after the increase of the minimum wage (in 2016), could increase even further," industry publication World Travel Market reported.