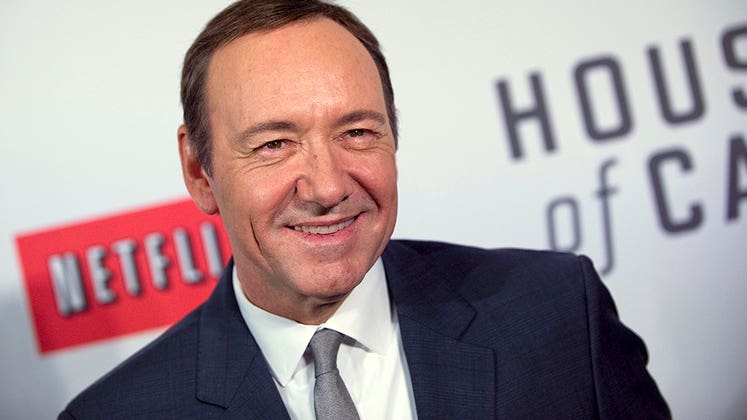 The Federal Reserve’s goals with interest rate policy are to bring the economy to “maximum employment” while keeping prices stable. The Fed’s rate-setters recently indicated that the unemployment rate could fall to between 5 percent and 5.2 percent, from the current 5.5 percent, without triggering inflation.

That updated “full employment” estimate from the central bank arrived shortly after the new season of “House of Cards.” Does Netflix’s gritty Washington melodrama hold the key to reaching the Fed’s target? Read on — but beware of spoilers, if you’re not caught up on the show.

On “House of Cards,” a season 3 plot revolves around President Frank Underwood’s desperate attempts to get his “America Works” program enacted. His idea is to raid Social Security and other entitlement programs to come up with something like $500 billion to create 10 million jobs.

For those of us who obsess about such things, the script seemed to waver between a goal of “full employment” and “total employment.” Didn’t they run the wording past Fed Chair Janet Yellen first?

Underwood (Kevin Spacey) looks to grab disaster funding from the Federal Emergency Management Agency to try to ram his program through.

That seems highly unlikely, even in Washington, where reality sometimes seems stranger than fiction. The story thread prompted a tweet from FEMA, which said: “Hey, Frank Underwood: We’re not on board with claiming your own emergencies.”

America Works hasn’t worked for many fans of the show who doubted whether a real-life president would ever propose such a thing.

Agree on entitlements? Are you kidding?

Experts in the real world agree on the need for entitlement reform to address Social Security’s long-term funding shortfall and other issues. But they note that the president and Congress don’t appear nearly ready to take a bite out of this political hot potato.

“I think Congress is not going to agree on very much,” says Greg Valliere, chief political strategist with Potomac Research Group in Washington, D.C.

Reforms affecting Social Security, Medicare and Medicaid would likely have to be part of a “grand compromise” that would require a recipe including significant tax increases and “maybe tinkering with the cost-of-living adjustment on Social Security,” Valliere says.

But Republicans oppose higher taxes, and Democrats aren’t likely to go for cutting Social Security benefits. As with a television serial, we’ll have to stay tuned on this one. The ride could get bumpy.

Will it take a crisis?

“No question that not much is going to get done with government. They can’t agree to take substantial action,” says John Challenger, CEO of the employment services firm Challenger, Gray and Christmas.

Even comparatively simple stuff isn’t getting done. For example, there’s been no agreement on funding the Highway Trust Fund ahead of a deadline at the end of May. Highway funding shouldn’t be that controversial, should it?

Observers who might not necessarily share the same opinions on politics are like-minded in thinking that it will take a crisis to force Washington’s hand on entitlement reform.

“The question is, how bad will the crisis be?” asks Diane Swonk, chief economist with Mesirow Financial in Chicago. “I hope it is more of a mini crisis than a major crisis.”

William Dunkelberg, chief economist for the National Federation of Independent Business, says Congress won’t act unless it absolutely has to.

Comparisons to the 2009 stimulus

Underwood’s plan could be seen as a riff on the 2009 stimulus act passed and signed by President Barack Obama in reaction to the financial crisis. The cost of the “American Recovery and Reinvestment Act” was estimated at $787 billion and has since been revised higher.

Some critics of the program still complain that it was inefficient and lacked “shovel-ready” construction jobs, while others say it wasn’t sufficiently ambitious.

“I think, for the most part, we should be fairly suspect about the government creating jobs of any value anyway,” says Dunkelberg. In his view, it would be better if both sides could agree to reform the tax code and reduce regulations that raise the cost of doing business.

The road to ‘full employment’

Getting back to the jobs part of America Works, the real-world U.S. Labor Department has said the total number of unemployed and underemployed is around 15 million. What if a president, like Underwood, could add 10 million jobs? Wouldn’t that risk worrisome inflation, or at least a rise in wages?

“House of Cards” fans might agree that it’s a scenario not quite the same as pushing a journalist off a subway platform, but it could get darn scary if prices run out of control.

In the non-TV world, judging the target for full employment is tough business. Even the best minds at the Federal Reserve have been raising and lowering their aim over time.

One definition is when most people who want a job have one, without causing a spike in inflation. Employment-trends expert Challenger thinks “full employment” is likely a bit lower than the current unemployment rate.

A plot in search of a conclusion

So maybe “House of Cards” doesn’t hold the answers.

Here’s where Underwood might turn directly to the viewers and drawl: “Unlike television, the real Washington doesn’t have scriptwriters, a cast and a director looking to tie things up in a neat little bow. Those of us who’ve watched the federal government’s way of doing business in recent times know that it doesn’t always work out that way.”