Where the candidates stand on housing

Neither major-party presidential candidate talks much about foreclosures, underwater mortgages, housing or home loans. At best, those subjects are mentioned in passing in the candidates’ stump speeches.

It’s almost enough to make you think they don’t believe the housing crisis is important. Yet, if you comb through old speeches, overheard remarks, party platforms and position papers, you can learn how the candidates define the housing problems, and what they think should be done.

Here is where President Barack Obama and Republican challenger Mitt Romney stand on the issues of foreclosures, underwater refinancing, mortgages and other housing-related issues.

What’s the problem with housing? 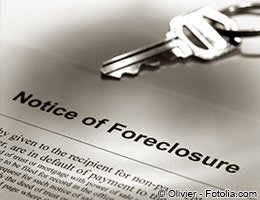 When it comes to describing what has gone wrong with the real estate and housing markets, the Romney campaign website offers this summary:

Under President Obama, home prices have fallen, homeowners have received more than 8.5 million foreclosure notices and 11 million Americans owe more on their mortgages than their homes are worth. … Meanwhile, credit-worthy borrowers are struggling to get a loan as a result of the uncertainty caused by the President’s policies. … Right now taxpayers are on the hook for almost 90 percent of all new mortgages. The two government-sponsored government housing corporations (Fannie Mae and Freddie Mac) fueled a predictable disaster and President Obama has done nothing to reform these entities.

It’s hard to pin down the Obama administration on the nation’s housing problems. Gene Sperling, director of the National Economic Council, told the National Association of Realtors on May 15 that the housing market faced three challenges: “millions of responsible borrowers struggling to hold on to their homes,” a nationwide supply overhang with a “supply of foreclosed homes that has contributed to vicious downward spirals” and “new but unnecessary barriers to accessing mortgage credit.”

What should government do about foreclosures? 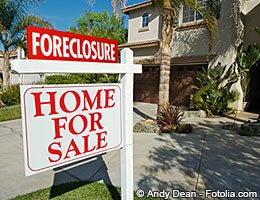 Romney’s policy on foreclosure prevention has changed over the last year, from hands-off to a something vaguely hands-on.

On Oct. 17, 2011, Romney told the Las Vegas Review-Journal: “Don’t try to stop the foreclosure process. Let it run its course and hit the bottom, allow investors to buy homes, put renters in them, fix the homes up and let it turn around and come back up.”

On Jan. 23, Romney told a round-table gathering in Tampa, Fla.: “The idea that somehow this is going to cure itself, all by itself, is probably not real. There’s going to have to be a much more concerted effort to work with the lending institutions and help them take action which is in their best interest and the best interest of the homeowners.”

On Sept. 21, the Romney campaign issued a housing-policy document that said: “A Romney-Ryan administration will make it easier for homeowners to get alternatives to foreclosure, such as short sales, deed-in-lieu-of-foreclosure and shared appreciation.”

The Obama administration released on Feb. 1 a “plan to help responsible homeowners and heal the housing market.” It touted “12 months of forbearance to unemployed borrowers” and “increasing incentives for modifications that help borrowers rebuild equity.” 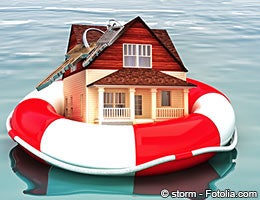 Plenty of homeowners have been paying on time but have trouble refinancing their mortgages because they owe more than the houses are worth. Borrowers in this predicament can’t take advantage of record-low interest rates to decrease their monthly house payments.

The Obama administration responded by starting the Home Affordable Refinance Program, allowing homeowners to refinance mortgages guaranteed by Fannie Mae or Freddie Mac. HARP didn’t require congressional approval because the government controls Fannie and Freddie. To expand HARP to include non-Fannie or non-Freddie loans would require congressional action. In February, the Obama administration urged Congress to take action, saying: “For responsible borrowers, there will be no more barriers and no more excuses.”

Romney adopted a skeptical tone about government-sponsored refinances in October 2011 when he told the Las Vegas Review-Journal: “I think the idea of helping people refinance homes to stay in them is one that’s worth further consideration, but I’m not signing on until I find out who’s gonna pay and who’s gonna get bailed out. And that’s not something which we know all the answers to yet.”

What about Fannie Mae and Freddie Mac? 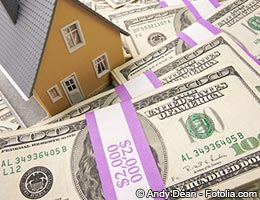 Fannie Mae and Freddie Mac are stockholder-owned companies that buy mortgages from lenders, package them as mortgage-backed securities and guarantee the securities when they are sold to investors. Because the companies had implicit government backing, executives took risks. The result: multibillion-dollar losses that taxpayers are on the hook for. Fannie and Freddie now operate under conservatorship of the federal government.

The question is what to do about the companies. It will take years and specific plans to reform or eliminate Fannie and Freddie. Both candidates offer bromides instead of proposals.

“Mitt Romney will reform these government-sponsored companies to protect taxpayers from additional risk in the future by ensuring taxpayer dollars in the housing market are replaced with private dollars,” according to the campaign website.

As for the president, “The Obama administration is committed to proceeding with great care as we work toward the objective of ensuring that government support is withdrawn at a responsible pace that does not undermine the economic recovery,” according to a U.S. Department of the Treasury news release from February 2011.

How should mortgages be regulated? 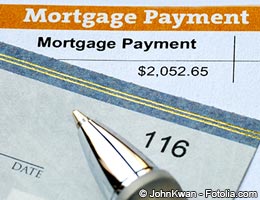 After the 2012 State of the Union, the administration released a “plan to help responsible homeowners and heal the housing market” that promoted a “fair set of rules” that would “allow lenders to be transparent about options and allow borrowers to meet their responsibilities to understand the terms of their commitments.”

It lists “core principals,” including developing “a simple mortgage disclosure form to be used in all home loans” and minimizing conflicts of interest between mortgage servicers and investors.

In September, the Romney campaign issued a policy paper on housing issues that said:

Since the housing crisis, the government has produced more than 8,000 pages of new rules and regulations. The problem is that they are poorly designed and have made it harder for people with good credit to get loans. Mitt Romney will put in place smarter regulations to restore a functioning marketplace that holds banks accountable and restart lending to creditworthy borrowers.

Where the candidates stand on housing tax breaks 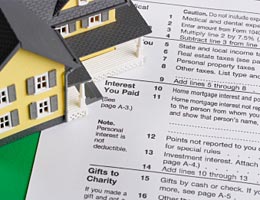 In April, NBC News reporter Garrett Haake overheard Romney as he spoke at a closed-door fundraiser in Palm Beach, Fla. Haake quoted Romney as saying, “I’m going to probably eliminate, for high-income people, the second-home mortgage deduction.” Romney added that he likely would eliminate deductions for state income taxes and property taxes, too. “By virtue of doing that, we’ll get the same tax revenue, but we’ll have lower rates.”

Obama has proposed limiting the mortgage interest tax deduction for households that earn more than $250,000 per year.