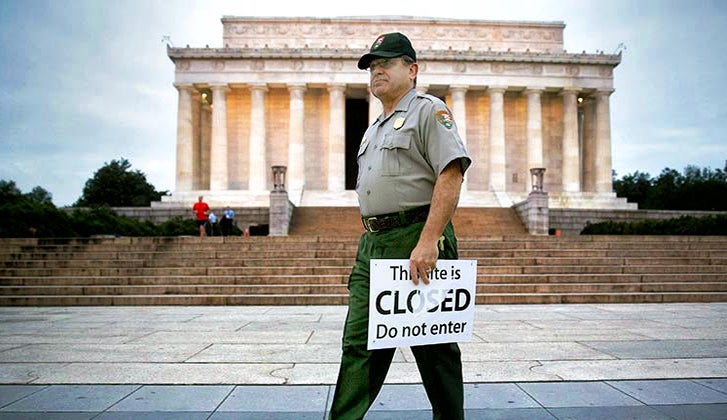 The government is, again, open for business. At least for now.

Congressional leaders came together to pass a short-term spending bill that will last through the beginning of February, putting an end to the first shutdown in a generation to occur when one party controls Congress and the White House.

While the federal government had run out of money for the better part of 60 hours, it was never completely shut down.

“There is some discretion for the government to protect the vital agencies — those related to national security — so it’s not like they’re going to bring all the soldiers home,” says Marc Goldwein, senior policy director at the Committee for a Responsible Federal Budget in Washington, D.C. “But most government functions that we are used to will stop during a shutdown.”

The hard part for consumers is it’s difficult to predict which operations will be deemed essential and which will be halted. It’s mostly up to the discretion of the Trump administration.

“It all depends on what the president prioritizes and what federal unions are willing to cooperate with,” says Richard Parker, a senior fellow and lecturer at Harvard’s Kennedy School of Government. “The longer it goes, the more damaging it becomes because of the accumulation of unpaid bills and more people being affected by not being paid.”

Past government shutdowns — the most recent was in 2013 — can shed some light on how the federal government will proceed if there’s an impasse in the near future.

Here’s a rundown of who suffers most from a government shutdown, and who would escape relatively unscathed.

Biggest losers in a government shutdown

“The (Internal Revenue Service) would basically shut down, so there would be no one there to process your taxes or send you your refunds,” Goldwein says.

“There will be no employees on the job to process the applications, which require more intense handling than just simply the mailing of checks, which is fairly automated,” Parker says.

While it’s hard to know how the Treasury market will respond to a new crisis, Parker says there’s likely to be volatility as global investors decide what to do.

“I don’t think there’s a huge direct cost of the shutdown to the economy. I don’t think we’re going to see GDP numbers fall or stock markets sink or anything like that,” he says.

Likely to be unaffected

“There’s a little bit of ambiguity in this area, but during the last shutdown, Social Security checks did continue to go out,” Goldwein says.

Even if it doesn’t, it’s possible Medicare providers will continue to offer services with the expectations they’ll be paid once the crisis passes, Goldwein says.