How to fight food inflation and win

Food prices have stayed low in 2012 compared to last year, but food inflation may bring an avalanche of higher prices on produce and other goods in the coming months.

Grocery prices increased just 2.7 percent from June 2011 to June 2012, according to the Consumer Price Index. However, the most severe U.S. drought in 25 years may fry the chances of inexpensive grocery trips for consumers.

“Absolutely, this drought has the capability to have serious impacts on food prices,” says Richard Volpe, research economist at the U.S. Department of Agriculture.

Prices for commodities such as corn and soybeans influence several links in the chain of the food-making process, he says. In turn, consumers could feel the effects at the grocery store in the next few months, according to the USDA.

Be ready for the rise in food prices. From discovering how to neutralize the “grocery shrink ray” to learning to trade certain products for cheaper ones, here are five ways to slice your grocery tab in hopes of fighting food inflation. 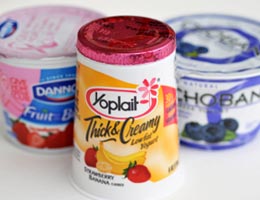 Size does matter, but at grocery stores it doesn’t always give you the whole picture about what you’re purchasing. Some food corporations are camouflaging increased grocery prices by putting less product in smaller packages while charging the same price and hoping consumers won’t notice.

Suddenly your brand of yogurt doesn’t come in 8-ounce cups anymore. It comes in 6-ounce containers. Jodi Beggs, an economics blogger and founder of the Economists Do it With Models website, calls this the “shrink-ray effect,” a term borrowed from website The Consumerist, which describes the silent-but-noticeable way products shrink while grocery prices stay the same.

Ellie Kay, author of “The 60-Minute Money Workout,” uses packaging as another indicator. Too much of it means you can find a cheaper version with less wrapping.

She advises grocery shoppers to stop buying snack-sized items such as chips, carrots and fruit snacks.

Making your own “snack bags” at home can cost about 30 percent less than buying products with a lot of packaging, “and it’s so easy,” Kay says. 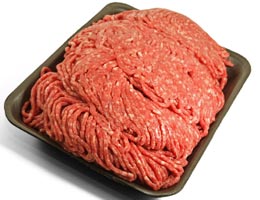 Where’s the beef? If you’re shopping for it at the grocery store, you might get stung by the price hike felt year over year. The price of ground beef has increased 6.9 percent from June 2011 to June 2012, according to the CPI.

However, by knowing what’s more expensive, you can fight food inflation by substituting for those products until prices fall.

For example, shoppers can purchase chicken, fish or pork instead of beef and turkey. Pork prices dropped nearly 1 percent from June 2011 to June 2012. Fish prices were just 1.6 percent higher in June this year versus 12 months ago.

Chicken prices are just up 4.2 percent in the same time frame. Other poultry, including turkey, saw a price hike of 8.3 percent, but this meat is generally less expensive than beef by the pound.

To compensate for food inflation, Volpe suggests trading high-priced, fresh meats and fish for frozen, processed or canned varieties. Or try visiting stores that give discounts on buying in bulk or on certain cuts of meat. Even so, you’ll have to figure out what works best for you nutritionally, he says.

While you’re out, keep money tucked away 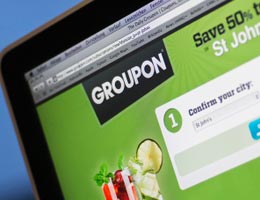 Restaurants are feeling inflation at a slightly lower rate than grocery stores — at a forecasted 2 percent to 3 percent for 2012, according to the USDA. But your wallet still may feel a hit after a night out.

To counter the increased costs at your favorite eatery, Kay offers these tips.

Look for gift certificates at restaurants in your area through Restaurant.com, a service that sells these at deep discounts. Frequently, you can find $25 certificates for $2 to $5 each.

In addition, sift through group-buying websites such as Groupon and LivingSocial to find deals, and use free smartphone applications such as Coupon Sherpa and Yowza to find restaurant coupons.

Otherwise, stick to water while you’re out, split meals with a friend or have a cocktail during happy hour when prices are lower, Kay says.

Stick to seasonal fruits and veggies 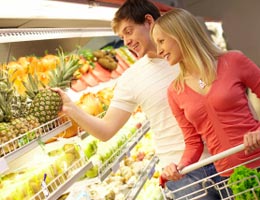 If you’re craving fresh summer fruit such as blueberries and mangoes but it’s December, hold off on the purchase. Buy produce when it’s in season. You’ll save money because the product wasn’t shipped from halfway around the world.

“We’ve gotten to the point with transportation technology that we can get whatever we want from anywhere in the world at any time,” Beggs says. “It’s just a matter of how much it costs.”

Fresh-vegetable prices decreased at a pace of 3.6 percent this June over last year, and fresh fruit is up 3.3 percent from last year, according to the USDA. So to fight food inflation on produce, shop for what’s “seasonally strong,” Volpe says.

When the weather turns chilly, it’s not only your cue to get ready for the holidays. You should know to purchase pears, turnips, grapefruit and collard greens in the winter, according to the Fruits & Veggies More Matters website.

Don’t be afraid to take a step beyond the grocery store to buy local, cheap and in season. Visit LocalHarvest.org to find farmers markets and community-supported agriculture, Kay says. 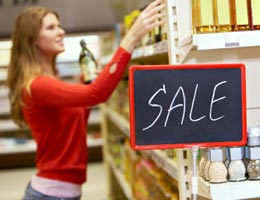 Sales are always in fashion, and that includes grocery sales.

Compare the high grocery prices from 2008 and the beginning of 2009 to the lower grocery prices in 2010. There’s about an 11 percent decrease in the average shelf prices, Volpe says.

However, if you only look at the average prices of items on sale, there’s almost no price difference. “Which means that these promotions go a long way in controlling food costs if consumers are careful,” Volpe says.

Consumers can be smart shoppers in several ways. Look for weekly deals, stick to generic labels when possible, stock up on sale items and sidestep brand loyalty. Even before shoppers hit the stores, they can find ways to save money by taking a peek in their pantries and planning a grocery list around what they already have.

Grocery prices may always fluctuate, but you can use your newfound weapons to fight food inflation.