Did you know late fees are assessed on just about all your monthly bills? These include bills related to your mortgage, cellphone, cable, utilities, insurances, credit cards, library books, traffic tickets and even kids’ activities. And, of course, Uncle Sam assesses severe late fees and penalties if you’re past due with your tax payment.

“Issuers claim they are a way to account for risk, but our research in the credit card industry shows that is not the case. They are trying to maximize revenue with late fees,” says Josh Frank, senior researcher for the Center for Responsible Lending.

Financial experts agree that credit card late fees have been reined in somewhat by the Credit Card Act of 2009, which limited late fees to $25 for the first violation and $35 for subsequent violations. But these rules have substantial loopholes and do not apply to small-business credit cards or any other type of late fees, which can ring up at $39 each and more for past due payments — on your mortgage, for example. 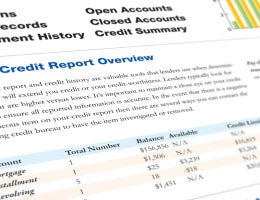 “While late fees (for many debts) are not reported to the credit bureaus, the late payments certainly are. That loads your credit report with delinquencies and can trigger a rate increase on your other cards for all future purchases,” says John Ulzheimer, president of Consumer Education at SmartCredit.com. Say you have one of those zero percent interest credit cards. Many have a clause that says one late payment will have the account default to an interest rate as high as 35 percent.

Another caveat: “Credit card issuers can revoke your air miles, rebates and rewards for late payments. You may be able to reinstate them, but you’ll be charged a reinstatement fee,” says Frank.

Dave Ramsey, personal finance expert and radio talk show host, says, “When you pay your bills late and incur that extra charge, you’re simply paying more and more every month. You’re putting yourself deeper into debt and making it harder to pay in full on time next month.”

Late fees are not in your budget 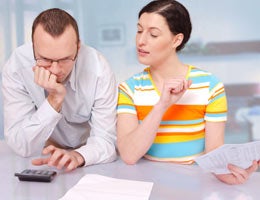 The 2011 Financial Literacy Survey from the National Foundation for Credit Counseling found that more than half of adults don’t keep a budget or track their expenses. In order to break the cycle of debt and late fees, Ramsey suggests you first figure out exactly where your money is going. “Make a written budget that gives each dollar a name — including late fees,” he says. You will be able to see just how much money you’ve been paying in late fees every month and what you can cut if you can pay each bill on time.

Says Ulzheimer: “You have to pay on time and be smart about taking on liability. If not, you are going to have a serious compounding problem unless you bring in more income or spend less.” 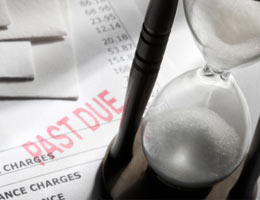 Chronic procrastinators pay a higher price in the long run.

“The Fed approved a cap for late fees on credit cards, but the rule lets issuers charge a higher late fee of up to $35 if customers make more than one late payment,” says Frank. “Credit card issuers can also change your annual percentage rate, or APR, to whatever they want on new charges and balances in the future. If you go 60 days late, they can change your APR on your total balance and you’ll simply have to accept the consequences.”

In addition, multiple late payments may prompt electric companies and cooperatives to demand additional substantial deposits and fees, without which they can disconnect your service.

Know the rules, grace periods and due dates 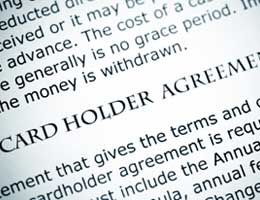 Due dates for all your monthly expenses are clearly printed on your bills and statements, but they can change. Under the Credit Card Act, a credit card company must send you a notice 45 days before they can change fees, rates or other terms, but other bill issuers and monthly expenses are not bound by those rules. While the Credit Card Act extended the grace period to 21 full days (from 14 days), the grace periods for other companies and service providers vary. Knowing this information for each of your creditors can save you late fees.

“The consumer who is going to win against late fees is one who notes due dates on a calendar and works toward setting a shadow date to pay recurring bills a month early in advance,” says Ulzheimer.

Don’t be afraid to ask 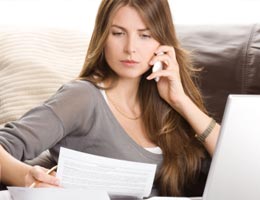 If something unusual happens to you one month, it’s a good idea to approach your creditor.

“If you happen to get in a bind and make one late payment for a good reason, ask your lender to give you a goodwill adjustment of your late fee. Obviously that doesn’t work if you are habitually late,” says Ulzheimer.

You can also avoid late fees by calling up before the due date to request an extension for many regular expenses such as the phone, electric and insurance payments.

If you find payment timing to be the problem, call to request a different monthly due date that better matches the timing of your paycheck to avoid late fees, says Frank.

Take proactive rather than reactive steps 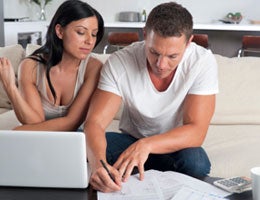 According to the 2011 Financial Literacy Survey from the NFCC, one in four adults admit to not paying all of their bills on time. “If you’re paying late fees regularly but not defaulting, you are able to pay but are choosing not to pay on time and incur the late fee. The larger problem is fiscal irresponsibility,” says Ulzheimer.

“If you’re living paycheck to paycheck and paying late fees, you’re a ticking time bomb. If an emergency happens or you get laid off, you will be tempted by pawn shops, car title and payday loans that are an extremely expensive start on your way to total default on all of your obligations.”

If you find yourself juggling too many payments or too much debt, consider credit counseling or getting into a nonprofit debt management program.

“Go through the government-regulated National Foundation for Credit Counseling and stick to the program of paying back your debts and your monthly expenses on time with lower interest rates and no late fees,” says Ulzheimer. “It takes hard work, commitment and typically three to five years to complete, but you’ll get out with excellent credit and no debt.”