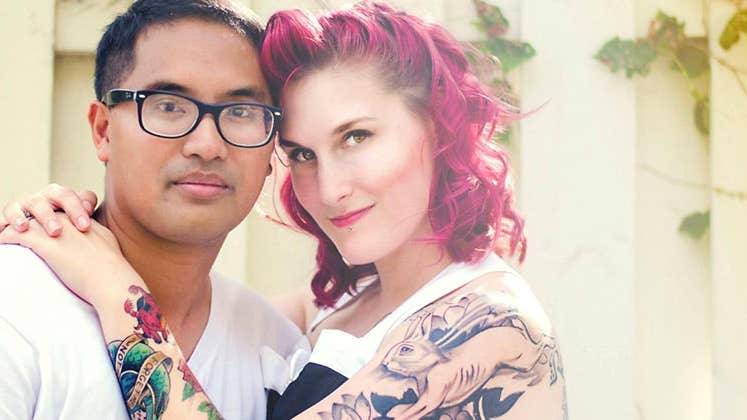 She and her husband Eric live in Cincinnati and have been married for 8 years. They both work as web designers, with Alexis having taken a “more fulfilling” job at a nonprofit in September 2015 despite a pay cut.

They bought their first home 6 years ago, and together earn a middle-class income. They have no children.

Tell us about a big goal you have for your life and enter to win a $10,000 Money Makeover contest.

Alexis lists her financial goals — and wisely so — in this order: “Pay down my debt, save money for unexpected emergencies and go full force toward saving for retirement so I can do so as early and as comfortably as possible!”

Alexis started addressing some of the challenges on her own. Per her New Year’s resolution, she made a budget, a process she said was a real eye-opener. 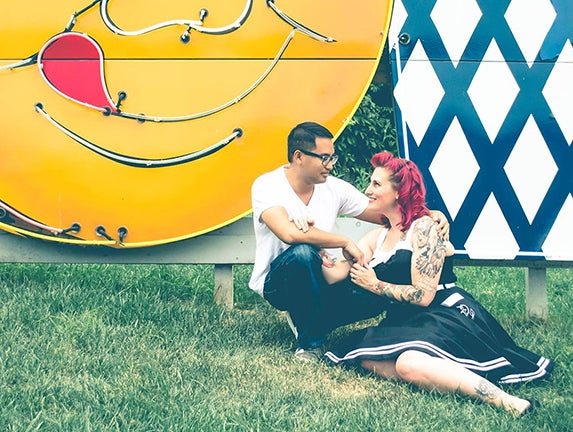 Eric and Alexis Caoili are making tough decisions about their spending.

“Making the budget helped me see how I was living beyond my means.” Upon establishing the budget, the couple began trimming discretionary spending. They routinely have a surplus of $600 each month, not counting the occasional freelance income.

She’d started a blog in 2009 to document and curb her online shopping habit. “This way I could still look at stores, which I enjoy. But when I like something, I post about it instead of buying it. I realized through doing it that if I posted about it, I felt as though I had some ownership of the item and didn’t feel as though I needed to buy it anymore!”

Alexis’ method of sublimating her buying habits turned out to be a positive move. The amount of credit card debt the couple has amassed — nearly $26,000 — is significant. A credit card debt elimination strategy is in order. Since putting together the budget and digging into how much they owe, they’re now making tough decisions on spending and evaluating wants versus needs before making a purchase.

Another contributor to the credit card debt was the lack of any emergency savings, which resulted in putting unplanned expenses on credit cards.

The credit card debt is spread across 5 cards with interest rates ranging from 9.5% to a whopping 27.49%. While she’s putting a total of $1,300 per month against the cards, well in excess of the minimum payments, she doesn’t have a real strategy, and is still trying to decide whether to pay the smallest balances or highest rates first.

In terms of other debt, Alexis has an old student loan for $2,000, but hasn’t paid anything on it yet and she doesn’t know any of the specifics on interest rate or payment.

As for retirement savings, they have some, but not much. Alexis will be eligible for the retirement program at her new employer in September, after satisfying the 1-year waiting period. She has a small 401(k) from her previous employer with a vested balance of $1,400 that she is thinking about rolling over to an IRA.

Neither Alexis nor Eric has an IRA now. Eric does contribute 6% of his pay to his employer’s 401(k), and his $5,000 balance is invested in the Fidelity Freedom 2045 fund.

Alexis needs to find out the details on her student loan. Even though this is a comparatively small debt and likely at a low interest rate, a student loan that is in deferment is still adding interest to the balance. She doesn’t want a minor debt to become a major problem, either through delinquency or a mounting outstanding balance.

They have $1,900 per month at their disposal — the $1,300 currently going toward credit card debt and the additional $600 monthly budget surplus. 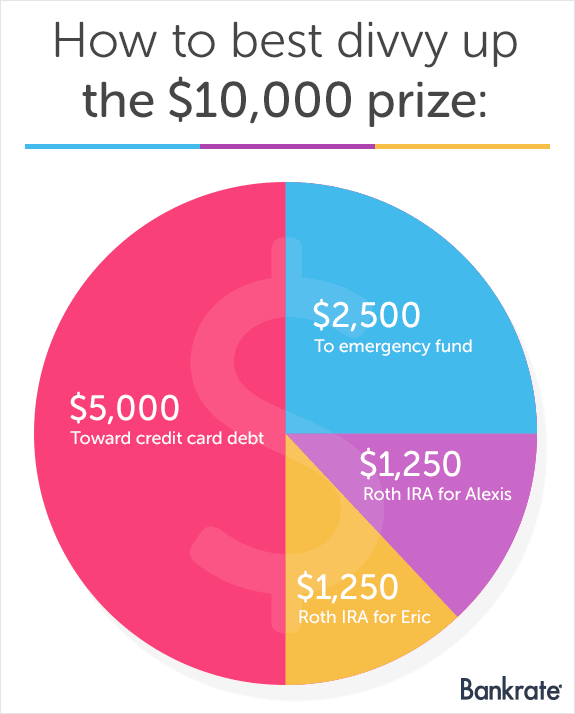 A low-cost target-date retirement fund is great. Just beware of requirements for a minimum initial investment or any fees charged for low balances. Alexis might want to consider rolling over her previous employer’s 401(k) into an IRA, and then converting to a Roth IRA, as she has been considering. This will generate a modest tax bill for next year, but they’ll have adequate emergency savings to cover that without issue. Between the rollover and contribution, she’ll have north of $2,500 in her Roth IRA.

And without delay, Alexis and Eric should consider refinancing their mortgage. Since they have more than 20% equity, it is likely they can reduce their interest rate by a full percentage point, generating more breathing room in the monthly budget.

RATE SEARCH: Ready to refi? Find the best mortgage rates in your area.

Building the emergency savings and retirement savings a little at a time until the credit card debt gets paid off is by design. But Alexis and Eric can take leaps and bounds on both fronts once they have achieved that goal. The $1,900 per month that they have to work with is enough for them to max out their $5,500 annual Roth IRA contributions, stash $900 per month into emergency savings and boost each of their 401(k) contributions by $20 per pay period.

Based on monthly expenses of $3,800, they need to accumulate nearly $23,000 to have an adequately funded emergency savings account. This will take time, but by ramping up saving to $900 per month once the credit cards have been paid off and barring any large unforeseen expenses, they can reach this goal within 3 years.

Of course, by then their monthly expenses may well have increased, so the amount needed is often a moving target. This is why the habit of direct deposit from the paycheck is so important — you’re continually progressing toward the goal even if you never seem to quite get “there.” 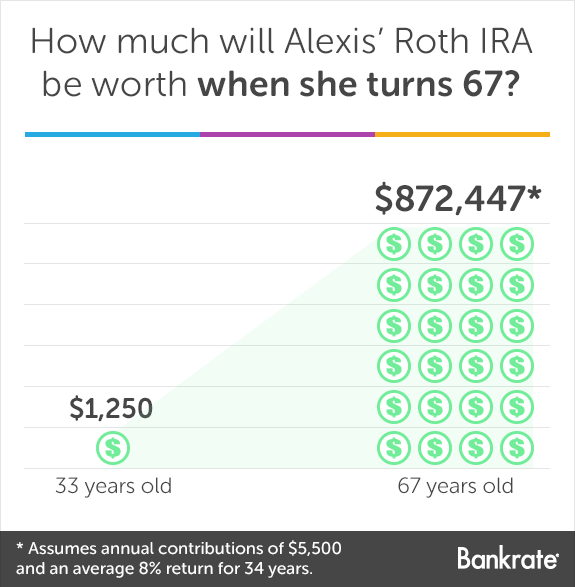 For retirement savings, use the following pecking order:

While it’s not a big deal now because the allocations are so similar, Eric may want to put his 401(k) balance and contributions to the 2050 target-date fund, which is better aligned with his likely retirement timetable.

Alexis and Eric are young, so they have a lot of time to right their finances. I have no doubt that they’ll be able to achieve all their goals.