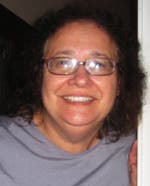 Are you shelling out $10, $20, $30 or more for a bottle of some mass-produced, TV-advertised weed-killing spray? Then it’s time you were introduced to one of the countless uses for white vinegar.

That’s right. It’s more than just floor cleaner or an ingredient in salad dressing. White vinegar makes a wonderful weed killer too, according to Donna Willett, this month’s Frugal $ense winner. And it costs just about $2 per gallon.

Donna Willett won $100 for submitting the following tip:
Use white vinegar to kill weeds
“Instead of using a commercial weed-killing product — which may be expensive and dangerous to the environment — white vinegar works extremely well when sprayed on weeds growing around driveway edges or between the bricks on a patio. You will pay only pennies per gallon. Put the vinegar in a spray bottle and completely moisten the offending area; 24 hours later, the weeds are brown and shriveled.” — Donna Willett of Fredericksburg, Va.Read more tipsSubmit your tip

Bankrate.com: How long have you been using vinegar as a weed killer?

Donna Willett: I’ve been doing that for about a year. I read about it someplace; I can’t remember where. I use it on the driveway and I have a brick patio and brick walkway and there’s sand in between the bricks, so weeds come up through there all of the time. I don’t really like the way that looks.

Bankrate.com: How does this work?

Donna Willett: I put the vinegar in an old spray bottle which used to have a commercial cleaning product in it and give two shots to each area. It takes a little bit longer to work than a commercial product — it takes 24 hours before you see that they’re all brown and shriveled up. I don’t think this is any emergency thing where it has to happen really fast.

Bankrate.com: How much do you estimate you’re saving?

Donna Willett: A gallon of vinegar costs less than $2. A gallon of commercial stuff that you would buy for killing weeds would be maybe like $10.

Bankrate.com: Do you use vinegar for other things?

Donna Willett: I read another tip for cleaning the drain in a bathtub if it starts to drain really slowly. Use one cup of baking soda and one cup of white vinegar. I put the baking soda down the drain and then the white vinegar. I leave an overturned cup on top of the drain for about two hours. Then I pour hot water down the drain. The combination helps to dissolve the gunk in the drain, instead of using a commercial product. This is probably safer for the environment. I’ve done that because I have a few bathtub drains that get clogged with hair or whatever.

Bankrate.com: Do you do anything else to save money or be frugal?

Donna Willett: I wash out plastic Ziploc bags and reuse them. You’re not supposed to do that with meat, but you can do it with other products. For instance, if you put grapes in a bag you can reuse the bag if you just rinse it out with hot soapy water. That works pretty well. I haven’t gotten any strange diseases or botulism or anything. I hang clothes on the line when I can, when the weather’s nice. I’ve changed out the incandescent light bulbs for compact fluorescents. I also put the air conditioning up to 80 degrees when I’m going to be gone for several hours. I put all of my change in a jar. It’s amazing how much you can save that way.