Today’s shoppers have more choices than ever before, from grocery store coupons they can download directly onto their store savings card accounts to apps that help them find even more bargains. But modern technology also makes it easier to spend — turning us into a nation of rabid consumers, always on the prowl for the next big score.

The cure for our nationwide shopping fever starts with identifying and conquering our personal spending habits. If we’re successful, we end up with more savings and less debt, which is a financial goal that’s short on pain and long on gain.

Here are seven of the most common compulsive-shopping traps and tips on how to avoid them.

Compulsive shopping as a hobby or sport 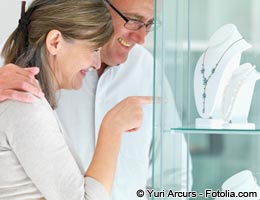 There’s nothing to do, or you’re on vacation or planning an afternoon with some good friends. You opt for shopping. Why is spending money such a rush? Financial expert and newsletter editor Galia Gichon says Americans shop for three main reasons: There’s a sale, they’re bored or it’s a habit.

“Very rarely do they shop because they truly need something,” Gichon says, adding that many times, these same consumers haven’t done the math to determine whether they can even afford their purchases. Gichon recommends combatting the urge to plug shopping into your empty hours by creating a budget that puts aside a weekly amount for nonfixed expenses. “You can spend that money on anything you like, but keep to that amount,” she says. Once you’ve spent out your allowance, says Gichon, you’re done for the week.

Another strategy that’s both simple and effective: Remove the source of your guilty pleasure by tossing those sales circulars, staying out of the mall during lunch hours and leaving your credit cards at home. Your bottom line will thank you for it. 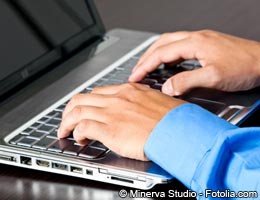 True shopaholics don’t quit simply because they can’t get to the store. Instead, the digital age keeps bringing temptation to your doorstep — or desktop. Financial author and speaker Peter Bielagus says the problem with the information superhighway is it keeps finding new inroads to our wallets.

“Websites are getting smarter and smarter. Tracking software is monitoring your purchases, as well as what people like you purchase, and constantly offering suggestions,” Bielagus says. As a result, he says, temptation increases.

“It’s a bit like trying to stick to a diet while keeping a fridge full of sweets,” he says. Bielagus says that in addition to online consumer reward programs, websites now send alerts when they’re running sales, which prompt consumers to run and buy with a simple click. He suggests taking active steps to shut down alerts and recommends that those looking to make permanent hard-core changes to their habits even close some of their online accounts. “The hassle of reopening an account just to buy something can be enough to deter an impulse purchase,” he says.

Having to own the latest technology 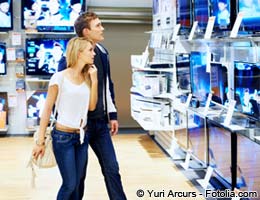 If you’re the type of person who thinks nothing of standing in line half the night to be the first to buy a new gadget or software, then you’re stuck in one of the deadliest of spending traps: having to own the latest technology.

While there’s fundamentally nothing wrong with being into gadgets, staying up to date on your purchases can shred your budget and doesn’t really make sense over the long haul. “The longer you wait for new technology, the better,” says Bielagus. He compares Apple’s original iPad and iPad 2.

While the iPad 2 is lighter and thinner, the differences between the two are slight and aimed at a very specific audience. For example, the iPad 2 has a self-facing camera and is more adaptable for video conferencing. For the average consumer, the majority of the tweaks would be insignificant and not worth the price tag that comes with buying up. Plus, says Bielagus, waiting before pouncing on the newest thing has advantages: Not only does the cost fall (for example, plasma televisions were pricier when they first came out), but the developers work out the kinks over time, and you get a better product. 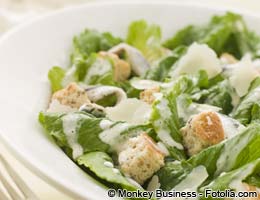 This applies particularly to weekly purchases made at the grocery store. While it’s nice to have that salad already made and ready to drop into bowls, you can stretch your cash by purchasing ingredients that require a little elbow grease. “Food that has been ‘pre’ anything — chopped, cooked or marinated — is one of the most expensive ways to purchase (groceries),” says Ellie Kay, author of “The 60-Minute Money Workout.”

Kay says a side-by-side comparison with “virgin” (uncut, uncooked) counterparts will show that you’re forking over lots of extra bucks in exchange for a little help in the kitchen. While that’s fine if your budget’s unlimited, most don’t have that luxury. Try going the more labor-intensive route for a change, and see how spending that extra 15 minutes in the kitchen can pay off in the long haul.

As for bulk buying, only do so when the items are ones you know you will use before they expire. Bulk toilet paper for a household with multiple bathrooms and lots of family members might be a good investment, while a purchase of four dozen eggs may result in waste if you end up throwing some away. 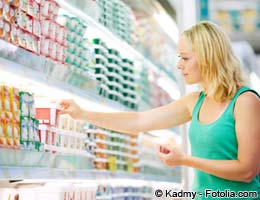 Sometimes it pays to buy brand names, and sometimes it doesn’t. The key is to know the difference. Kay says brand buying can torpedo a grocery budget, particularly when prices of staple products, such as milk, are climbing in double-digit increments.

“There are some exceptions, but brand-name buying is not always the best indicator of quality,” Kay says. She recommends buying generic at the grocery store and using common sense when it comes to other purchases, such as children’s clothes, especially when it comes to items you’ll hand down to your younger kids.

“We had four sons, and we could buy two pairs of cheap tennis shoes in six months or one pair of quality shoes for six months (until they outgrew them),” Kay says. She spent her dollars on name brands when it came to her kids’ shoes because it made sense to buy a more durable product. But she buys generic fabric softener at the grocery store to save cash. 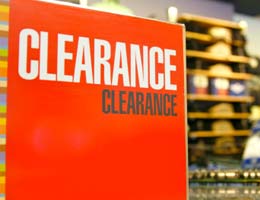 Even prudent shoppers seem to react differently to clearances, especially after Christmas. If you’ve ever found yourself the owner of matching 3-foot-tall wooden nutcrackers, you might be a victim of clearance sale fever. The solution, says frugal shopper Sara Davis of Clayton, N.C., is to only shop clearances when you can match the clearance to your real needs.

Davis says she shops for necessities such as pillows and sheets during January white sales and picks up candles when they’re marked down for clearance because these are items she would purchase anyway. “I don’t buy holiday decorations after the season because I don’t feel like storing the items,” she says. As for things she really wants, Davis stalks those items before making a purchase.

“I once waited two years to buy a pair of shoes I wanted just to make 100 percent sure they never went on clearance,” she says.

Taking couponing to the extreme 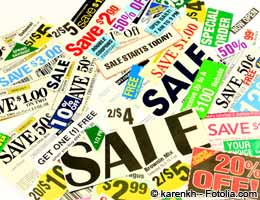 While reality television has turned couponing into a sport worthy of the Olympics, experts say improper coupon use can drain your finances, not help them.

“Good couponing is not buying something simply because you have a coupon; good couponing is buying something because it’s a good value,” says Kay. She says it’s a lure that can be very negative if it leads you to purchase a brand that costs more or if you have to buy items in larger quantities, as in a coupon that requires the purchase of two items.

Davis avoids compulsive shopping by only using coupons for items she typically purchases — a good policy, according to Kay. To make the most of your coupons, sort through them and match them to your grocery list, then store sales circulars. Download store-generated coupons from the store’s website to add more coupons to the mix. Trade coupons with friends to maximize your savings — keep only the ones you’ll use, and pass along the coupons your friends will find handy. Finally, never assume anything is a bargain simply because you have a coupon for it.