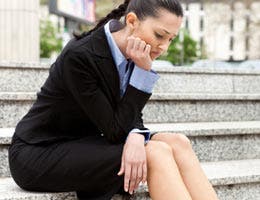 Recent college grads could scarcely have chosen a worse time to enter the U.S. job market.

First, there’s the jobs picture. In 2010, the unemployment rate for workers age 16 to 24 was 18.4 percent, the worst on record in 60 years, according to the Economic Policy Institute.

For those who do get hired, their first salary comes with a 10 percent “penalty” for graduating during a recession, while their median starting salary is $27,000 rather than the $30,000 average for 2006 and 2007 grads, according to a May 2011 study from the John J. Heldrich Center for Workforce Development at Rutgers University.

And then there’s student debt. Two-thirds of 2010 college grads hit the pavement owing an average of $25,250 on their student loans, up 5 percent from the previous year, according to the Institute for College Access & Success.

Don Peck, author of “Pinched: How the Great Recession Has Narrowed Our Futures and What We Can Do About It,” says the timing of their birth may haunt “Generation R” for decades.

“Academic and historical evidence shows that people who get stuck in bad jobs or no jobs in the first few years of their careers not only start out behind, they never fully catch up,” he says.