Ah, the holiday season. A time of glad tidings, goodwill toward all and joyful giving, right?

Not for the Scrooges among us.

While the rest of us exchange presents, share a cup of cheer and count our blessings, these tightwads are busy pinching every penny to make sure not one red cent goes toward something as wastefully extravagant as a holiday gift.

Scrooges will go to outrageous lengths to weasel out of seasonal spending. Chances are good that you know one or more of the eight kinds of Scrooges lurking out there, far from any mall, just waiting to slip a lump of coal into your stocking. 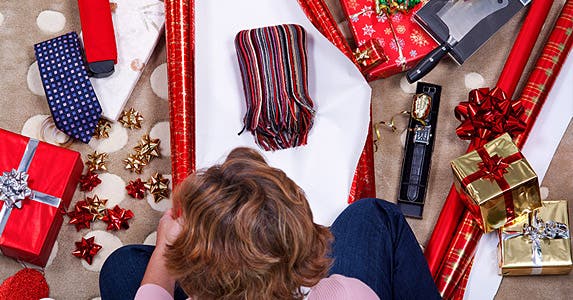 Did you ever have the creeping suspicion that the world’s worst Christmas presents never really found a home, but instead just kept getting rewrapped and regiven over and over again, year after year? You can thank the Re-Gifters out there.

Granted, no true Scrooge would willingly part with even a bad present, but in a pinch, re-gifting sure beats having to part with hard currency.

Here are three warning signs that you’ve been re-gifted: 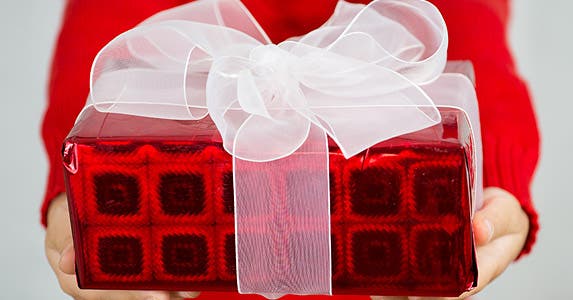 Have you ever received a gift from a brother or sister that seems uncannily close to what they might want for a holiday present? Meet the Me-Gifter, one of the most common Scrooge types.

Me-Gifters have found a clever way to ease the pain of gift-giving. They select presents they can easily borrow and enjoy.

Here are the three warning signs that you’ve been me-gifted: 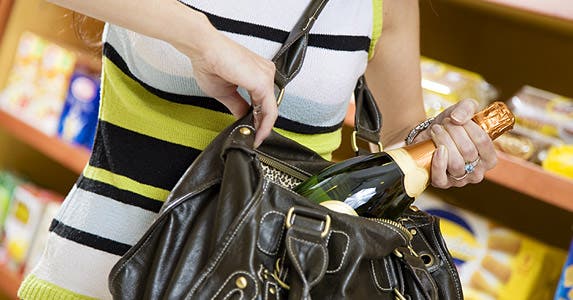 All those perfectly good canned hams, 1-pound chocolate bells and vacuum-packs of smoked salmon were just lying around unopened at the office holiday party while everyone drained the open bar. Why, these fine products surely deserve a better fate!

The decent thing to do, reasons the Gift Lifter, is to simply slip a few under his or her winter coat on the way out, take them home, arrange them in a nice basket with some decorative tissue and give them to the Kellys on Saturday night.

The warning signs that your gift has been lifted: 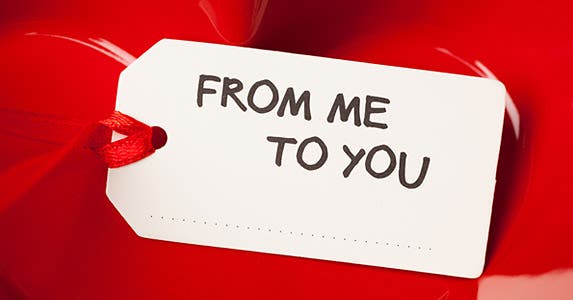 Admittedly, some of us go overboard on holiday presents. Call us crazy, but we find great joy in giving, so there are always lots of presents sitting around in our busy households, waiting to be opened.

These ready-to-give packages are easy prey for the sneakiest of all Scrooges, the Gift Shifter. He simply substitutes his own festive to/from tag for one on a wrapped gift and figures no one will be the wiser.

Three warning signs that your gift has been shifted: 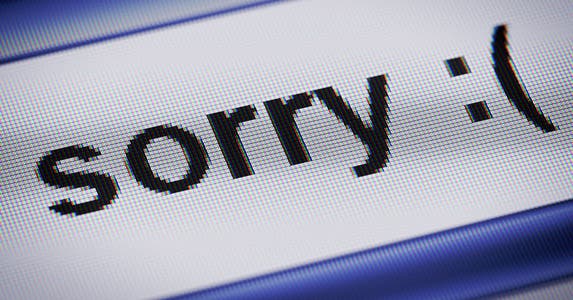 The Inopportunist knows that in order to exchange gifts, the two of you must actually meet in the space-time continuum sometime during the holidays, usually for a midweek lunch or an after-hours toast before the drive home.

But rather than disturb the moths in his wallet, this Scrooge’s stingy strategy is to simply never show up. His day got away from him. She’s running hopelessly behind. He’s embedded in traffic. She just got roped into an emergency conference call. Yada, yada, yada.

Inopportunists aren’t cheap, they’re merely victims of circumstances. But they don’t have to hand over the gift. 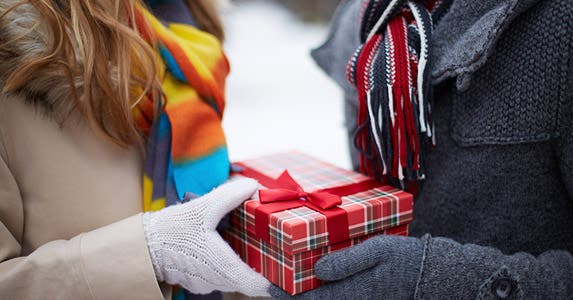 What would prompt a hardened Scrooge to actually spring for a gift? Why, the guarantee that he could return it and get his money back!

You were genuinely touched by the generosity of your penny-pinching best friend when you opened the gift he gave you. It was something you always wanted, that you’d both admired. But wait. What’s that? Oh, no! It’s broken! And the gift is gone as quickly as it arrived.

Your friend vows to exchange it for a new, undamaged one. He may even offer an initial progress report: “They’re, uh … back ordered.” But you’ll never actually see it again.

And you’d never be so boorish as to inquire, would you? Of course not. The Boomerang Gifter is counting on your good manners. 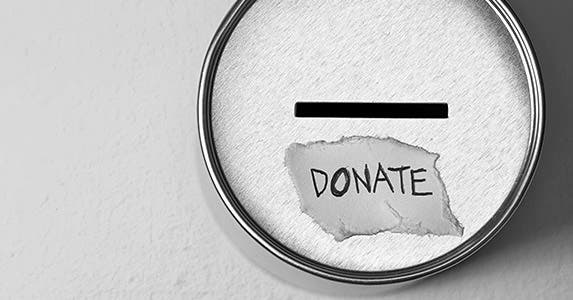 What’s lower than not giving a seasonal gift? How about not donating to charity in someone’s name, but saying you did?

That’s right, that generous donation that your buddy made in your name to the Send Justin Timberlake to the International Space Station Foundation may have made you feel all warm and fuzzy inside, but the truth is, the scoundrel never parted with a dime on your behalf. Only a true Scrooge would appreciate the beauty of a non-gift that places him or her on a virtuous plain high above us materialistic mortals.

Three warning signs the contributions made on your behalf weren’t on the up-and-up: 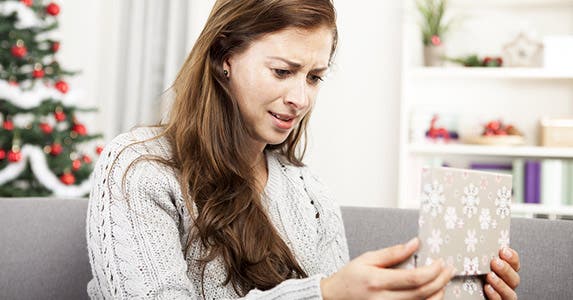 A clever Scrooge realizes that to simply wrap a personal item or piece of clothing and present it as a holiday gift would be uncouth indeed. But to wrap that same item, metaphorically speaking, in a moving personal story might convert a mere Lands’ End polo into a priceless artifact, a touching memento, a sentimental Shroud of Turin.

Who wouldn’t be touched by the very gloves that saved Pamela Anderson from frostbite? And only a musical cretin would turn down an Oxford shirt bearing a burn hole from Keith Richards’ cigarette.

But be on guard for the Sentimentalist’s creativity. Three items that probably aren’t truly touching collectibles: