Giving: It’s not about how much

The recession has been tough on most everybody — and charities are no exception. Charitable giving to nonprofits fell 3.6 percent in 2009 from 2008, according to Giving USA Foundation based in Glenview, Ill.

“Amid the recession and job losses, those who would normally give are sticking to smaller gifts or none at all,” says Nicole Bouchard Boles, author of “How to be an Everyday Philanthropist.” “Every donor has had to make hard choices, and this year it’s been more difficult than ever.”

Givers, take heart. Even if your budget is stretched and lint is the only thing in your wallet, it’s still possible to support your favorite charities, often without a significant outlay of added time or money.

“These days, it’s not about how much or how often we give. It’s about how we give,” Boles says. “The goal is to give intelligently and wring the most potential out of everything we donate, particularly if we have less to contribute.”

Give a little of yourself 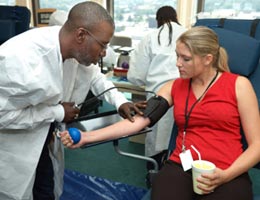 If you want to give something that has a tangible, significant impact on someone’s life, just look down. Your body is a potential gold mine for charitable giving, Boles says.

Thinking about a haircut? Donate that hair to Locks of Love based in West Palm Beach, Fla. The charity makes custom hair pieces for children suffering from long-term, medical hair loss due to illnesses such as cancer. Custom wigs can cost as much as $6,000, an impossible cost for many families, but Locks of Love provides them for free.

Got milk? If you produce more breast milk than your baby needs, you may be able to donate it to the National Milk Bank in Escondido, Calif., where it will be given to premature and critically ill babies whose mothers cannot nurse. After going through a health screening process, donating moms will store expressed milk in the freezer then periodically send it to the milk bank.

Give what you’ve already got 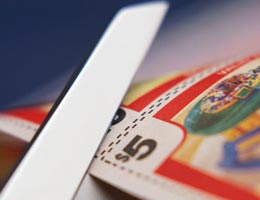 Sometimes the stuff you already have can be great for charitable giving, Boles says.

If you get the Sunday paper, don’t throw away the unused coupons. Clip them and send them to military families overseas who can save money by using them in the commissary on base. The Overseas Coupon Project matches individual coupon clippers with people on military bases who are anxious to receive coupons. All you do is clip and mail them. The only cost is the stamp.

If you have valuables gathering dust, auction them off and donate the proceeds to charity. If you sell via eBay Giving Works, a program that helps sellers list items on eBay to benefit nonprofits, you can donate 10 percent to 100 percent of the sale price to a charity. Or, you can sell the item on a website such as Craigslist.org and donate the money.

Put your veggie garden to better use this spring with Plant a Row for the Hungry. The program — sponsored by the Garden Writers Association and GWA Foundation — asks the green-thumbed to donate extra produce from their gardens to local food banks. Since it began in 1995, participants have donated 14 million pounds of vegetables. Demand at local food banks is high and fresh produce is often in short supply.

Put the Web to work 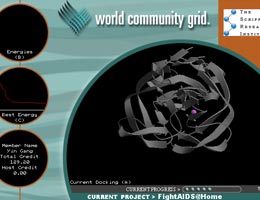 Even if you don’t have time to volunteer, your computer does. The World Community Grid allows charities to use your computer’s processing power when you aren’t. The grid links your computer to thousands of others. Nonprofits can save money by reducing the time needed to conduct research on a variety of projects, including cures for childhood cancers and muscular dystrophy.

Next time you’re online, why not surf for a cause? GoodSearch.com is a Yahoo-powered search engine that funnels money to your favorite schools and charities every time you do a standard Internet search. Each time you click on a link to one of the site’s sponsored advertisers, 50 percent of the revenue generated from the click is shared with your nonprofit, to the tune of at least 0.01 cent per click.

It doesn’t seem like much, but “all of those small contributions add up over time,” says Shaunacy Webster, a fundraising consultant and owner of Philanthropic Edge in Lewis Center, Ohio. “Every penny is important.”

Shop for the cause 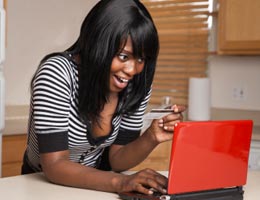 Shopping is loaded with opportunities for charitable giving.

Avid online shoppers can turn a portion of their purchases into cash donations. Ebates.com members can donate the cash-back rebates they’ve accumulated by shopping online to a nonprofit. Shop through the GiveSmart program at iGiveSmart.com, and the site’s retail partners give a percentage of the purchase amount directly to the charity you choose.

You can often use your retail rewards and discount cards to funnel a little bit of cheddar to your favorite charities as well. Grocery retailers such as Meijer and Kroger have community rewards programs. Customers link their store card to a favorite charity, which receives a small donation every time they shop.

Credit card rewards can be donated, too. Many rewards credit cards give users the option to donate some or all of their points to a nonprofit. American Express, Discover, Visa and MasterCard all allow cardholders to use points and rebates to make charitable donations.

“It’s easy to think these kinds of modest contributions won’t make a dent, but no amount is too small,” Boles says. “They’re anything but small to those who need our help.” 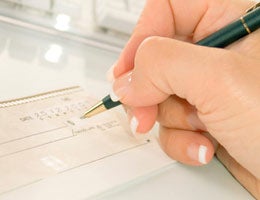 No matter how you give, try to make the most of it.

If you are writing a check, make sure you’re getting the most for every dollar, says Edith Falk, chairwoman of the Giving USA Foundation in Glenview, Ill. Donate when the organization has a matching grant — when big donors match contributions dollar for dollar — or ask your employer to match your donation.

“And if you can’t give a lot at once, sign up for a small monthly donation. You can spread the cost throughout the year,” Falk says.

Money’s not the only thing you can give to charity. “Donating a used computer, furniture or office supplies can be just as valuable as a cash donation,” says Webster. “It allows the charity to use its cash resources to make other purchases or pay their staff.” 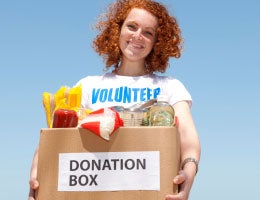 If you can’t give money, give time. It doesn’t have to be a long-term commitment, Falk says.”You could restock shelves at the food pantry for a day, distribute toys at a children’s hospital or organize a food drive,” she says.

The 63.4 million Americans who volunteered in 2009 contributed 8.1 billion hours of service with an estimated dollar value of $169 billion, according to the Corporation for National and Community Service, an agency in Washington, D.C., that provides grants and support services to nonprofit volunteer programs nationwide.

“Without volunteers, many nonprofits would not be able to continue operating at the same level that they do today,” Webster says.

“Few people can write million-dollar checks, but we all can do something,” she says. “Put your energy toward nonprofit agencies that best align with your passions and don’t hesitate to call them directly to see how you can help.” 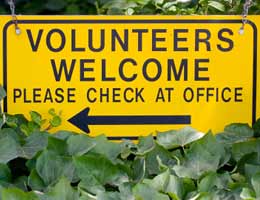 For information about smart spending, check out these stories at Bankrate.com: