The holidays can be tough on family budgets, especially in the middle of a prolonged economic blizzard that still has Americans financially snowed in. The good news is toy makers have responded to economic hard times by offering lower prices on their key products, says Richard Gottlieb, CEO of USA Toy Experts and publisher of Global Toy News.

“Lower price points are being favored this year,” Gottlieb says. “A few years ago, we had Butterscotch the Horse, which was out there at $300 and selling. … Now you want to be under $50 and if you can be under $29.99, you’re doing well.”

But getting a low price isn’t the only key to getting a good holiday shopping deal, says Gottlieb. He recommends researching a toy purchase and finding a well-built toy with enduring play value, rather than an impulse purchase that only adds to the toy clutter in a kid’s room.

That’s why parents and other gift-givers should strive to shell out less than $25 rather than hundreds for yet another pricey electronic gizmo. With that in mind, Bankrate offers up these toy suggestions to holiday shoppers on a budget. 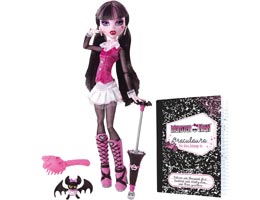 Looking to take advantage of interest in the supernatural spurred by the flood of vampire films and books in the past year, Mattel re-imagined its typical fashion doll offerings and created Monster High. The result is a series of fashion dolls patterned after famous movie monsters, such as Dracula and Frankenstein, that are slated to be hot sellers this holiday shopping season, says Chris Byrne, an editor with TimetoPlayMag.com, a toy review website.

What sets apart the Monster High Dolls, and other similar toys such as Liv Dolls from Spin Master and Moxie Girlz from MGA Entertainment, is that they appeal to a broad range of ages, thanks to careful design details and interesting back stories.

“Narrative is a very big part,” says Byrne. “The story is one way (for) kids to access the fantasy play.” 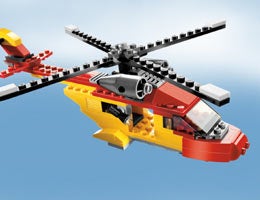 A tried-and-true gift for a broad range of ages, Lego sets remain a good choice for frugal shoppers in a sluggish economy.

But reasonable prices aren’t the only advantage to buying Lego. Lego is a “system toy,” which allows you to add play value to your child’s other Lego sets, says Byrne. “When you buy a Lego set, you’re essentially buying something that makes (old Lego sets) new again,” he says.

Lego also has the advantage of being extremely durable, giving it a longer life span than many other here-today, gone-tomorrow toys children get during the holiday shopping season, says Gottlieb. 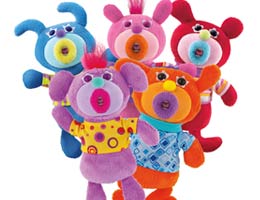 If you haven’t heard the song from Mattel’s new Sing-a-ma-jigs, get ready. The plush singing, talking doll comes complete with a moving mouth. Starting at only $13, the toy can be played individually or grouped together to create a harmonized sound.

But if you want one, you’d better act fast. The dolls are expected to sell out in stores early in the holiday shopping season.

“This is one they can’t really keep in big enough supply,” says Byrne.

What’s in the Cat’s Hat? 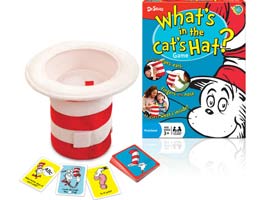 Based on the classic Dr. Seuss character, What’s in the Cat’s Hat? challenges kids to identify a household object inside the iconic red-and-white-striped hat, using questions and sense of sight, touch and smell.

In addition to providing the potential for a lot of fun, the game promotes problem-solving and comes with cards that tell kids to “feel, smell, touch, etc.,” according to the Parents’ Choice toy review website. And the fact that you can use any household object to play gives the game a lot more replay value than the average game, says Byrne.

“This is a great item for the preschool group,” says Byrne. “It’s engaging, and games are good for social play.” 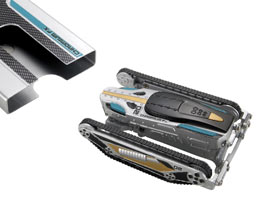 That’s because the car combines collectability with a fully functional RC car capable of a variety of tricks at a scale small enough to fit into a kid’s pocket.

“They’re a little larger than the 1:64-scale Hot Wheels, but they actually fold down. You push a button and it folds flat and slides into a case the size of a deck of cards,” says Byrne. “That also functions as the controller, so that’s pretty cool.” 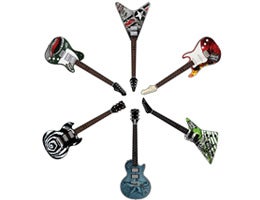 Paper Jamz puts a new spin on the kind of guitar play offered by blockbuster video games like “Guitar Hero.” Made from circuit-embedded paper, Paper Jamz allow kids to play along to rock ‘n’ roll hits from artists like Smash Mouth, Lynyrd Skynyrd and R.E.M., or play their own original songs.

“It has three different songs, and kids can play along with it, and it’s all paper and a little bit of plastic” says Byrne.

The company also sells a drums version of the toy. 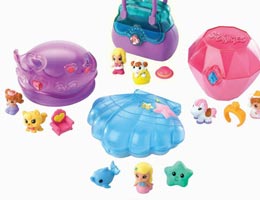 At first glance, Squinkies are just another miniature collectible in the same vein as other popular miniature toy lines, including Polly Pocket and Littlest Pet Shop. But what makes this toy special is its presentation, says Byrne. It comes encased in a small clear plastic sphere and can be loaded into dispensers reminiscent of the toy machines at your grocery store.

“The kid can have that vending machine experience without you having to shell out quarters,” says Byrne.

Squinkies can also double as charms or pencil toppers (fun toys for the top of your pencil), increasing their play value and appeal as collectibles for a broad swath of the kiddy population, says Gottlieb. 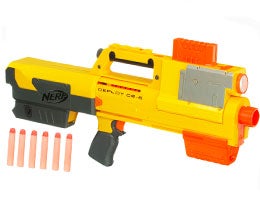 The Nerf Stampede ECS blaster, with its fully automatic firing action, is going to be a big seller during this holiday shopping season. But the Stampede’s six D-battery requirement and more than $50 price tag don’t make it the most frugal of toys. Luckily, parents can still get kids in on the action thanks to a wide range of Nerf foam blasters that start at $8.99.

“There are Nerf blasters under $20, so you can get involved in it without that sort of high-performance thing,” says Byrne. 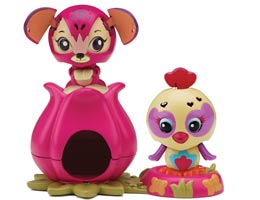 A combination of colorful Littlest Pet Shop-type figurines with Spin Master’s popular Bakugan Battle Brawlers transforming toy series, Zoobles are set to be on a lot of kids’ holiday shopping wish lists. Priced at as little as $10 per pack, Zoobles offer good value for parents because each new figurine increases the play value of the rest of a collection of the colorful spheres that pop open into characters, says Byrne.

And although it may not be quite as hot as it was last year, Bakugan, Zoobles’ boy-oriented sibling, has new $10 sets of the toys. These should make good gifts for the boys on your list. 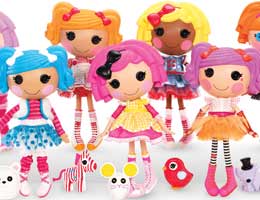 Like Mattel’s Monster High, Lalaloopsy puts a new toy spin on the familiar fashion doll. Lalaloopsy dolls have the look of old-fashioned rag dolls, with handmade-looking outfits made from repurposed fabric and an animal sidekick, says Gottlieb.

“There’s something charming about the use of fabric,” says Gottlieb.

Each Lalaloopsy doll also comes with its own detailed back story, a key attribute of many new fashion dolls. 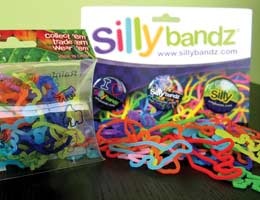 You’ve probably seen these colorful, rubbery bracelets adorning the wrists of tweens and teens, and Gottlieb says they’re likely to be popular through the holiday shopping season. If you’ve never seen them, Silly Bandz look like colorful silicone bracelets until they’re taken off. Then they take on the outline of an animal, object or character.

Priced low enough to make a great stocking stuffer, Silly Bandz probably won’t be nearly as popular a year from now, but they’ll provide some cheap fun for kids in the meantime, says Gottlieb.

Be sure to check with your administrator before wearing them to school. They have been banned by some districts. 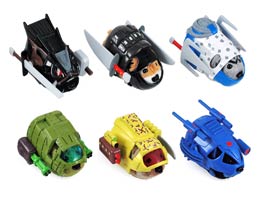 You may remember Zhu Zhu Pets from last year, especially if you were stuck with the frustrating holiday shopping task of trying to find the little hamsters on store shelves. This year, they won’t be quite as likely to sell out at your local toy store, says Gottlieb. Cepia has introduced a host of new models, including Kung Zhu Battle Hamsters aimed at boys.

Like other collectible toys, new Zhu Zhu Pets will work with any Zhu Zhu Pets and accessories your child already has, giving them a little more play value. This is one way toys can provide value: If they get children playing with last year’s toys, then you’ve effectively extended their useful life span, says Byrne. 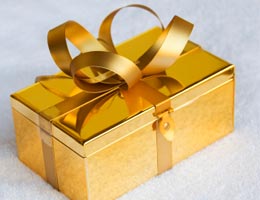 For more holiday savings tips, read these stories at Bankrate.com.