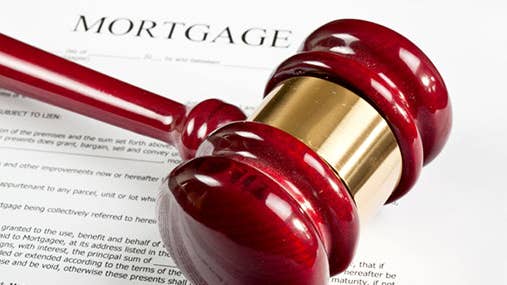 The days of “liar loans” and loan approvals based on not much more than a heartbeat are long gone, but the fallout from the housing crisis is far from over. While homebuyers and homeowners may be focused most on their own ability to finance a home, the federal government and real estate policy experts continue to discuss reforming the nation’s home financing system.

Though not every proposed reform will have a direct impact on consumers, initiatives in five key areas are likely to change mortgage financing in the future. These areas are the unfinished business of mortgage reform.

On June 25, Sens. Bob Corker, R-Tenn., and Mark Warner, D-Va., introduced the “Housing Finance Reform and Taxpayer Protection Act” to reform the secondary mortgage market and replace the current reliance on Fannie Mae and Freddie Mac with a private system.

“While this bill may not go through as written, eventually I think we’ll see something like it that essentially turns the government role in mortgage financing into something more like (Federal Housing Administration) financing, which is just insurance and not actually ownership of loans,” says Richard K. Green, director of the University of Southern California Lusk Center for Real Estate in Los Angeles.

Nicolas Retsinas, director emeritus of Harvard University’s Joint Center for Housing Studies, expects it will take five to 10 years after legislation is passed before Fannie Mae and Freddie Mac are wound down.

Right now, Fannie Mae and Freddie Mac are profitable, says Rick Sharga, executive vice president at Carrington Mortgage Holdings in Santa Ana, Calif., so that creates pressure on the government to keep them around a little longer.

Creation of a common securitization platform

Green says the current system, in which Freddie Mac, Fannie Mae, the FHA and private lenders each have different platforms to determine fees and interest rates, will eventually be switched to a single system, “like the Good Housekeeping Seal of Approval” for loans.

Retsinas says he thinks the transition will take a few years, but that eventually, getting clarity will help consumers get more access to capital and potentially lower interest rates. Green thinks conforming loan limits are likely to be a little lower once the transition is made and that some loan fees could be a little higher.

Reform of the compensation system for mortgage servicers

“Right now, there’s no great incentive for the resolution of problem loans,” Green says. “The idea is that mortgage servicers need to be compensated in some way to get them interested in doing a loan modification, but that hasn’t happened yet.”

If you’re in trouble on your loan, this eventual reform may make a difference, but so far the issue hasn’t been resolved, Green says.

Revision of key documents for borrowers

Mortgage disclosure documents for borrowers have been revised in the past, but few people are satisfied that the “good faith estimate” and the Truth in Lending Act, or TILA, disclosures are easy to understand.

“The objective is to have a standardized set of documents regardless of who you’re getting your loan from and to have it easy to understand for borrowers,” Sharga says. “The (Consumer Financial Protection Bureau) has been pilot-testing documents with lenders, and the plan is to have final revisions in place by early 2014.”

Improvements to the mortgage recordation and securitization systems

“The real estate and mortgage industries are throwbacks to times when all transactions were paperwork-intensive,” Sharga says. “There’s probably been the least concrete action to date in the area of improvements to recordation and securitization systems.”

Eventually, Sharga believes a technical solution will be developed, but for now, individual mortgage companies are pursuing this themselves.

“The good news in housing finance reform is that there are proposals out there, and people are getting stirred up about these ideas, but that’s not the same as action,” says Retsinas. “I think there’s a 90 percent chance that the next president will inherit the same situation we’re in now.”