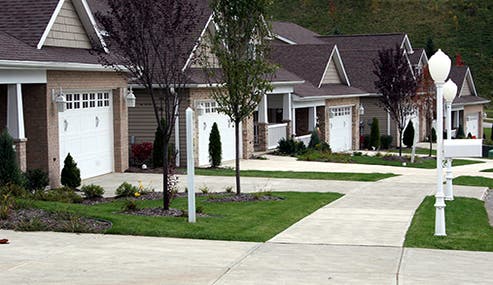 Dear Real Estate Adviser,
Can a homeowners association really foreclose on a property that’s financed with a major lender? The property in question is two years in arrears on homeowners dues. I’m also wondering how proceeds of any foreclosure sale are distributed.
— Stan M.

Dear Stan,
Yes, homeowner associations, or HOAs, can and will foreclose under such circumstances. Though several states are working on legislation to protect owners from overly aggressive HOAs after publicized instances of people losing homes for less than $1,000 in back dues, including a Texas soldier serving in Iraq, HOAs can still legally foreclose on properties in a majority of states.

In fact, HOAs endure far less oversight than lenders and can move with speed and impunity when foreclosing, especially if there’s enough positive equity to grab. What’s more, homeowners who have run afoul of HOAs get little of the due-process protection they’d otherwise enjoy in a standard lender foreclosure, such as the right to a hearing.

In fairness though, folks should make rendering unto their HOAs a priority because such groups, many of which are cash-strapped because of multiple foreclosures in the last real estate cycle, have a duty to the rest of the homeowners to collect dues to pay their service providers. When residents cease paying assessments, the other homeowners must shoulder the burden pro-rata.

However, we’ve seen HOA deficiency cases that quickly swelled to three or more times the arrearage with all the fees, interest and penalties tacked on. HOAs, you see, are classified as creditors, not debt collectors, so their lawyers typically aren’t subject to the restrictions of many debt-collection laws. HOA lawyers will cut bulk deals to go after deficient homeowners for whatever fees they think they can get away with. Hence those inflated “penalties.” Moreover, more than half the states allow HOAs to foreclose through a “lien for assessments” or similarly named option through a judicial process that takes as little as 10 days after legal collection avenues are exhausted. (There are redemption periods in some states, though, in which homeowners can bring HOA balances current.)

In a typical HOA foreclosure, the association will take title, extricate the borrower and auction off or otherwise sell the place to satisfy the senior lien held by the lender. In some circumstances, the HOA will rent out the house. Of course, the less equity the owner has in a property, the less likelihood an HOA can benefit from such a foreclosure. Unfortunately, there have been some cases where HOA board members have pushed for foreclosures so they can step in and buy and flip a property themselves. Some states require HOAs to gain court approval before they’re allowed to foreclose.

As per your question, satisfying the “major lender” — actually, the primary lender, or lienholder — in such home loans must be a priority. But HOAs commonly push for negotiated terms, reasoning that the lender would take a hit on a short sale or other disposition anyway. Any balance remaining after a sale would typically go back into the HOA hopper.

But state laws and HOA agreements vary greatly, as you can see, so if you have an interest or a stake in the property you mentioned, it would be best to check your state’s laws and the HOA bylaws, or consult with legal counsel.

HOA homeowners who find themselves in dire financial straits are generally advised by counsel to prioritize HOA dues over their mortgages if they plan to have a roof over their heads while they ride out the process. Good luck!

Steve McLinden has written on virtually all aspects of the real estate world for the past 15 years. His writings have appeared in newspapers around the country on the Scripps-Howard and Knight-Ridder business wire services. A resident of Arlington, Texas, McLinden spent seven years covering real estate for the Fort Worth Star-Telegram, winning multiple writing awards. At present, he is a correspondent for National Real Estate Investor, Shopping Centers Today and REO magazine. He has also written for Urban Land and Tierra Grande, a quarterly published by the Texas A &amp; M University Real Estate Center, plus covered real estate beats for business journals in the Dallas-Fort Worth area. McLinden is a native of Peoria, Ill., and a graduate of Bergan High School. He earned a bachelor's degree in communications from Western Illinois University