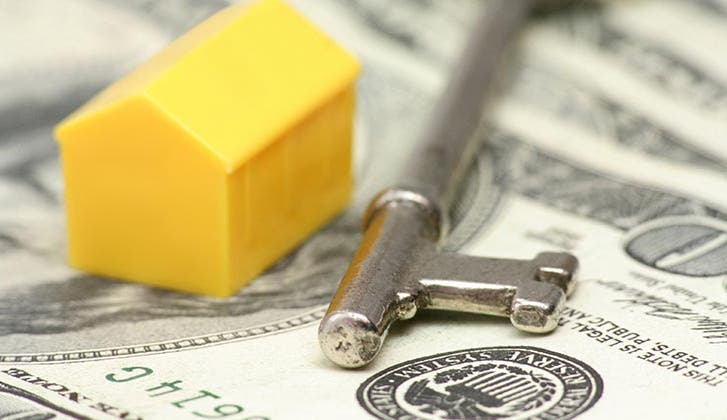 During the Great Recession, policymakers pulled out all the stops to try to get the economy moving.

For example, the Federal Reserve lowered interest rates to zero, while the government modified mortgages to help homeowners avoid foreclosure.

That largely overlooked development played a key role in keeping millions of homeowners afloat, says Amit Seru, professor of finance at the University of Chicago Booth School of Business.

In the following interview, Seru talks about the salutary effect of ARMs, and how they may be preferable to fixed-rate mortgages for some borrowers.

Adjustable-rate mortgages have been heavily criticized in many circles. But your study found an upside to these types of mortgages.

During the recent period — early 2008 through now — the major interest rate indices, such as the Libor and one-year Treasury rates, experienced an unprecedented and rapid decline and subsequently remained low for an extended period of time.

Due to the rate indexation of ARM contracts, borrowers whose rates reset during this period experienced very sizable reductions in monthly mortgage payments. In contrast, borrowers with (fixed-rate mortgage) contracts continued paying their higher fixed rates.

You say that reducing mortgage payments by as little as $150 had a big impact on household finances.

One-hundred fifty dollars extra cash per month is quite a lot of money for many households. It can, for example, cover more than 50 percent of (the) monthly payment for a car. And it amounts to $1,800 per year.

We find that a sizable decline in mortgage payments — $150 per month on average — induces a significant drop in mortgage defaults, an increase in new financing of durable consumption — (such as) auto purchases — of more than 10 percent in relative terms and an overall improvement in household credit standing.

We identify important heterogeneity in the ability of monetary policy to stimulate households’ consumption. Low-wealth borrowers are especially responsive to reductions in mortgage payments, while credit-constrained households use more than 70 percent of their increased liquidity to repay their credit card debt.

As you say, households applied more than 70 percent of mortgage savings to reducing credit card debt, according to your findings. What impact did this have on the borrowers and on the wider economy?

We can measure this because we can observe all credit card balances of borrowers at every month. This finding highlights the potential limits of monetary policy to quickly stimulate household consumption through lower mortgage rates.

In particular, our evidence suggests that credit-constrained households carrying significant credit card debt balances allocate a substantial part of the liquidity provided by lower mortgage payments to paying down their unsecured debt.

Consequently, this debt-deleveraging process can significantly dampen the initial consumption response of these borrowers. Our findings also indicate that a sizable part of the initial stimulus provided by lower mortgage rates may have been transferred to the banking sector through the repayment of consumer debt.

Your research found that the Federal Reserve’s policy of low interest rates had a similar impact to that of mortgage modification programs.

In particular, borrowers with ARM contracts will receive (a) reduction in mortgage payments — as in the case of modification — when their loans reset to low interest rates.

How can policymakers use the insights gained from your study to help struggling homeowners and boost the overall economy?

There are several broad policy lessons that emerge from our analysis.

First, by lowering the cost of mortgage credit — the largest debt in the median household’s portfolio — low interest rate policies may have significantly assisted in the recent recovery. Thus, an increase in interest rates — currently being debated at the Fed — may have adverse effects on the economy.

Finally, ARMs facilitate a quick transmission of low interest rate policies to households. Their automatic resets circumvent many frictions that prevent modification or refinancing of residential mortgages. Thus, contrary to some popular views, these contracts can offer considerable advantages relative to fixed-rate mortgages.