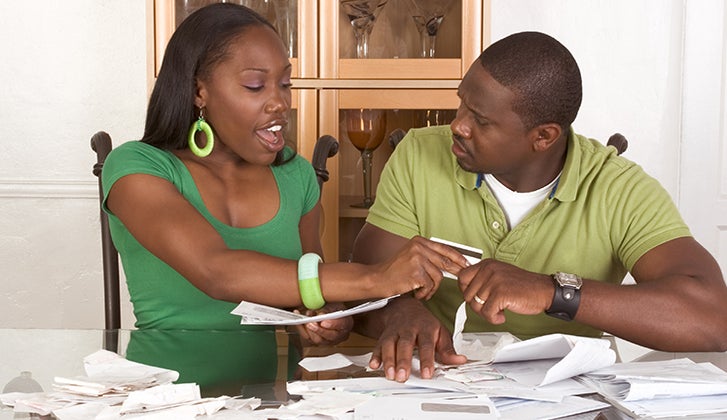 You may be tempted to consolidate your credit card and other high-interest debt into a mortgage with much lower payments. The offers are widespread. But is this a wise financial decision?

Today’s debt consolidation mortgages are more conservative than those seen during the housing boom, when lenders allowed homeowners to refinance and cash out as much as 110 percent of the value of their homes. Lenders now require the homeowner to keep at least 15 percent to 20 percent equity after cashing out.

What debt consolidation mortgages are for

Those with enough equity in their homes have been able to substantially reduce the monthly payments on credit card debt, student loans and personal loans, says Michael Moskowitz, president of Equity Now, a mortgage bank in New York City.

“I wouldn’t recommend it to someone who is going to run up their credit cards again,” he says. “If that’s the case, you need financial counseling, but for people who will not do that — who had medical expenses, business expenses and ran up their credit cards — a debt consolidation mortgage is a good solution.”

He cites the case of a client who had a mortgage-free investment house and more than $75,000 in credit card debt. The homeowner had used credit cards to pay for repairs after the home was damaged by Superstorm Sandy. After cashing out about $175,000 of the equity, he paid off the credit cards, kept the extra money and his monthly payments were reduced by about $1,700.

Get one only if you really need it

Think of the equity in your home as a sacred savings account: You can tap into it but only when truly needed, says Rick Harper, director of housing and senior vice president for the Consumer Credit Counseling Service of San Francisco.

“Depending on the circumstances, (use equity) for big-ticket items such as tuition, a sudden illness that devastates the budget, sometimes even the purchase of an automobile when you have thought things through and you have compared that financing cost to what might be available,” he says. “But don’t run out and use it for credit cards for vacations, for frivolous things because it is not an unlimited source, as we saw when the market turned.”

The main concern with using equity to pay off credit cards is that often, it is a temporary solution to a much bigger problem.

“The real issue behind the credit card debt is that they may need to create a better spending plan for the family,” Harper says. “And if you haven’t addressed that deficit or the reason that credit card debt continues to grow, then you are going to find yourself right back in that situation again and there may be no equity at that point.”

Requirements are similar to a regular refi

The requirements to get a debt consolidation mortgage, or cash-out refinance, are not much different from those to get a standard mortgage — except for the minimum equity requirement, says Bill Banfield, a vice president for Quicken Loans.

If you are trying to get the maximum loan amount, which is generally 85 percent of the value of the home, you should expect to need a credit score of at least 700, he says.

But if your current mortgage and the amount you plan to borrow totals less than 80 percent of the value of the home, then the credit requirements are fairly similar to when buying a home, he adds.

Too much debt can sink this type of loan

Too much credit card debt can get in the way of a homeowner trying to qualify for a cash-out refinance because they don’t meet the lender’s debt-to-income ratio requirement, or DTI. In other words, their monthly debt expenses are too high compared with their income.

But in some cases, it’s possible to qualify for a debt consolidation mortgage by excluding the credit card debt from the DTI, as long as the homeowner agrees to pay off and close the accounts at closing, says Matt Hackett, operations manager for Equity Now.

Don’t fall into another debt trap

Depending on the amount of credit you have available, closing credit card accounts can affect your credit score, Hackett explains. But on the other hand, having maxed out the limit on your credit cards also hurts your score.

This lending requirement is somewhat useless when it comes to preventing the borrower from getting into debt again because obviously it doesn’t stop the homeowner from opening new credit card accounts right after closing, Harper says.

That’s why the responsibility of not falling into the debt trap a second time lies in the hands of the homeowner.

“Be very responsible and diligent,” Harper advises. “Talk to a credit counselor or someone you trust about whether or not this is a good decision.”