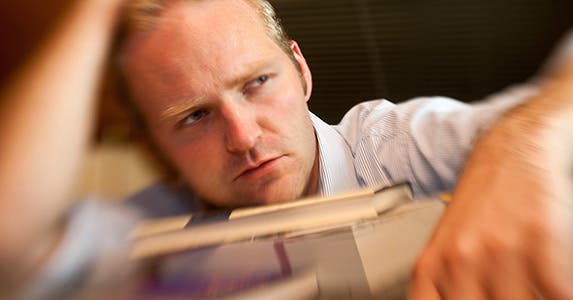 Think your job is bad?

Think your job is the pits? Hate going to work? Well, you could have it even worse.

Each year, the job-hunting website CareerCast ranks 200 U.S. occupations from best to worst. At the bottom — based on work environment, emotional factors, income level, outlook, employment prospects and stress — are the careers that are statistically the toughest to stomach year after year.

It’s worth noting that CareerCast’s study does not measure job satisfaction or include input from workers who are actually employed in the professions.

Here are the 10 worst jobs in America, and what they really entail. 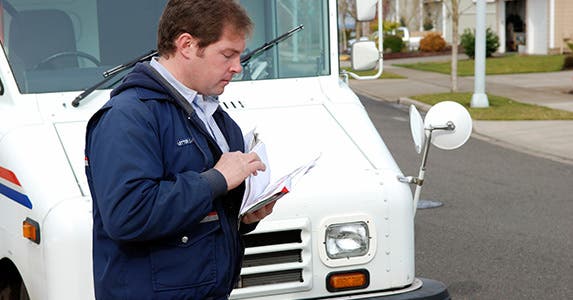 Amid ongoing downsizing at post offices, the U.S. Bureau of Labor Statistics, or BLS, has estimated that the number of postal worker positions will decrease 28 percent over the 10 years ending in 2022. CareerCast says the mail carrier field has the worst chances for growth of all 200 jobs in the study.

But the outlook is still good for jobs delivering mail to the country’s out-of-the-way corners, says Jeanette Dwyer, president of the labor union the National Rural Letter Carriers’ Association.

What’s good about being a mail carrier?

Despite the sometimes monotonous routes, inclement weather and physical strains of the job, Dwyer says the human connections many mail carriers establish can make it worthwhile.

“It gives you a sense of satisfaction, particularly on the rural routes where you have elderly customers, veterans and people that you are their only link (to the outside world),” she says.

Mail carriers across the U.S. earn a median salary of $51,790 per year, and you don’t need a college degree to break into the field. Mail carrier skills such as record keeping, sorting and driving can transfer to other jobs. 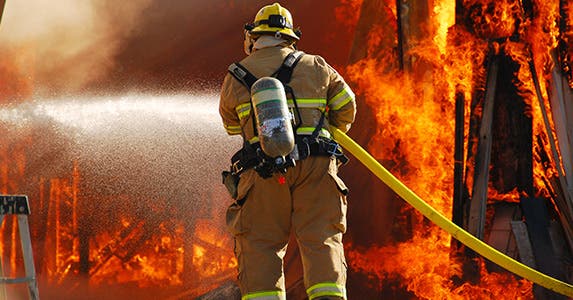 “When you put on the uniform and you jump on the firetruck, you know that every day you go to work can be your last day,” says Mark Treglio, director of strategic campaigns for the International Association of Fire Fighters. “You don’t dwell on it, but you understand that injuries come with the job.”

Firefighters typically earn about $45,250 per year, are often required to work more than 40 hours per week and may have to keep fighting the same fires for days.

They face one of the highest injury rates across all occupations, according to the BLS. In his many years as a firefighter, Treglio has fallen through floors, tumbled down stairs and had a roof collapse on him.

Still, he says the job is worth it. “When you get on scene and somebody’s not breathing and you’re able to bring them back … there is not a better reward in the world.”

But he admits it takes a certain mentality to run toward a burning building.

“I really think our job is more of a calling … than a job,” he says. 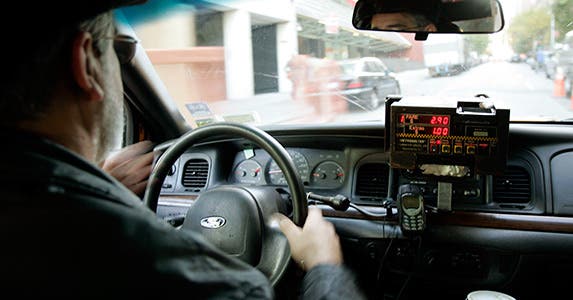 Cabbies have always had it tough. And thanks to rideshare services like Uber and Lyft, competition is getting fiercer. Now that anyone can ferry passengers part time, the job of taxi driver has become even more difficult, says Barry Korengold, a seasoned driver and president of the San Francisco Cab Drivers Association.

While the market for taxi drivers is expected to grow by 16 percent over the 10 years ending in 2022, the median pay is only about $11 per hour, or less than $23,000 annually, according to the most current BLS data.

Workdays are long — sometimes 10 to 12 hours for full-timers, says Korengold. He appreciates the job’s flexibility but says he could do without the frequent rudeness from cab customers.

“We get a lot of disrespect, and then after a while that wears on you,” he says. “People treat you like crap, so you have to defend yourself. You end up putting up this wall.” 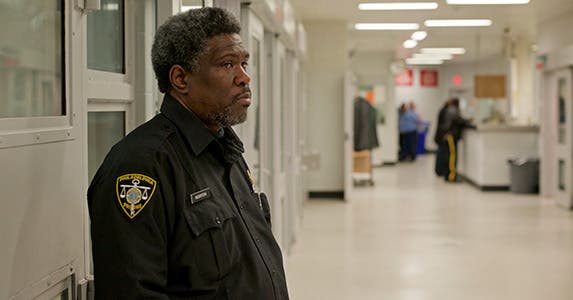 The work environment is tough. The patrons are even tougher. A corrections officer must face the daily stresses and dangers that come with keeping prisoners in line.

Working at federal, state and local facilities, as well as with private security companies, correctional officers earn median salaries of $38,970 per year, according to the BLS. Overtime is commonly required.

For obvious reasons, it’s considered one of the riskier occupations, carrying higher exposure to illness and injury. The job also offers a significant amount of stress. Officers must stay alert while on duty and be well-versed in safety protocols and emergency procedures.

Despite the demanding work, corrections officers face increased competition for jobs. The occupation is growing more slowly than average amid declining crime rates and government belt-tightening. 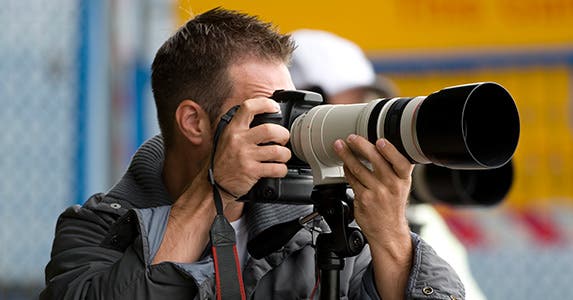 The trends are negative for news photographers. The market for these jobs is shrinking as the newspaper business declines, and as online outlets turn to syndication services for photos or rely on “citizen journalists” who can take great-quality pictures simply by using their smartphones.

The BLS says job growth in the general category of photographers is slower than average and says salaried jobs are becoming scarcer as media companies make greater use of freelancers rather than hiring their own staff photographers.

CareerCast says its research shows photojournalists typically earn less than $30,000 annually, but the BLS says the median for photographers working for newspapers, magazines and the like is a little over $44,000 per year.

Photojournalists observe and capture history as it unfolds, but the assignments — which might include shooting wars, civil unrest and natural disasters — can be hazardous.

A bachelor’s degree is often required, and not necessarily in photography. National Geographic says its photojournalists have degrees in a range of disciplines including journalism, anthropology, psychology and fine arts. 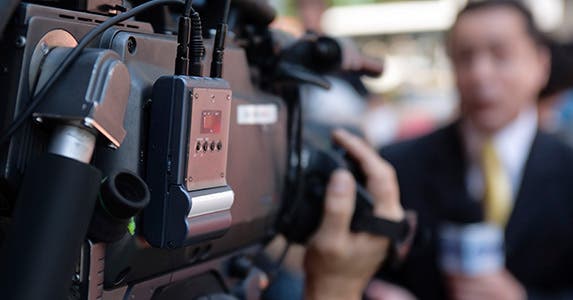 Competition for broadcasting jobs is already fierce — and it’s only going to get tighter. The job market for broadcast reporters and news analysts is shrinking by about 13 percent over the 10 years ending in 2022, according to the BLS, as television stations, radio stations and other news outlets face dwindling advertising dollars.

Consumers are getting more of their news online, and radio and TV stations are replacing local content with syndicated fare. Those are trends resulting in fewer broadcast jobs and more responsibilities for those who are still employed.

CareerCast’s research finds median pay in this field is a little over $29,000 per year, while the most recent BLS statistics show median salaries of about $37,000 for correspondents and analysts and $27,750 for announcers. 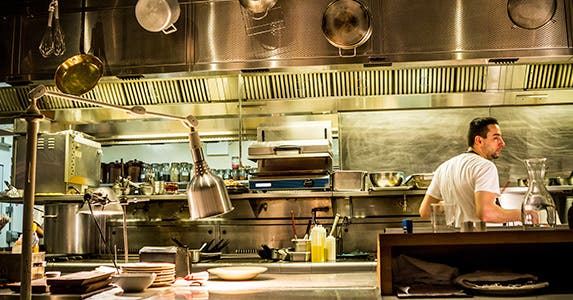 “You have to be a certain type of person to be in this industry,” says Thomas Macrina, a chef for nearly 40 years and the president of the American Culinary Federation.

A member of the cooking profession must be able to manage a kitchen, control the quality of food, keep up with incoming orders and coordinate with front-of-the-house staff to ensure customers are satisfied. It’s not easy and requires a fair amount of physical labor.

A recipe for stress

The most recent BLS statistics show head cooks and chefs earn a median of more than $20 per hour — $42,480 per year — but you’ll need culinary training and years of work experience to get there. You must endure long hours, be prepared for injuries and fight for the best positions, since the industry’s growth is slower than average.

“I don’t call it stress; I call it excitement,” he says. “Your goal is to feed, let’s say, 200 customers in an hour, and make everyone feel like they’ve had the best meal in the world. It’s an accomplishment.” 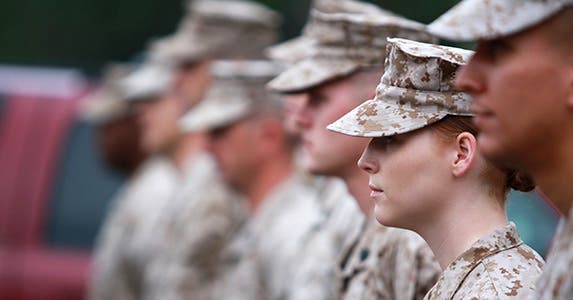 When Uncle Sam wants you, you accept risks and stress. Enlisted military personnel may live amid constant danger and find themselves stationed away from their families for long periods of time.

Even so, Michael Arsenault, vice president of candidate services for the military job placement and recruiting firm Bradley-Morris, isn’t sure this profession belongs on a worst-jobs list.

“In such a large organization, there are all different types of specialties and trainings and occupations and jobs, ranging from the infantrymen to the logistics specialists to the person who does intelligence work to the band,” he says.

An arsenal of perks

Median pay for an enlisted member of the armed forces is $44,283 annually, reports CareerCast, but compensation varies with experience. Base pay for active-duty Army privates with less than two years of training, for example, is $18,378 a year, reports GoArmy.com.

Arsenault is quick to point out that military compensation extends far beyond base salary and includes education benefits, job training, free housing and travel opportunities. 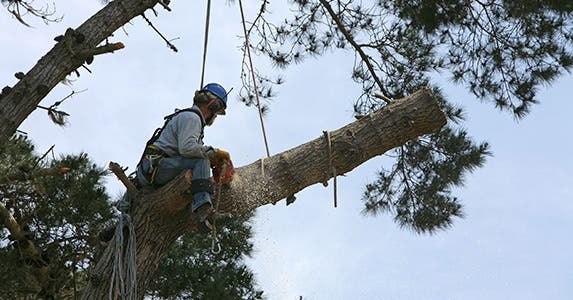 Long hours, physical demands, high risk of injury and paltry job growth made lumberjack the No. 1 worst job in the country for 2014. Its ranking has only slightly improved for 2015.

“My day usually starts at 6 o’clock in the morning, and I get home when I get done what I have to do that day,” says Doug Fleegle, owner of DF Logging Inc. in Palmyra, Pennsylvania. “It’s a 12-, 13-hour day.”

Logging workers earn a median of $33,630 per year, according to the most recent BLS data. You don’t need postsecondary education to break into the field, but it can be tough finding work in an industry expected to shrink by 9 percent over the decade ending in 2022.

The joys of shouting, ‘Timber!’

Even so, the physical work in the great outdoors makes the profession worthwhile, says Fleegle.

“You can take a 30-inch or a 36-inch poplar or oak tree that weighs thousands of pounds, and you can lay that down in a spot exactly where you want to put it, exactly how you want to do it without damaging trees around it,” he says. “To be able to do that with something that size, to me, is just fantastic.” 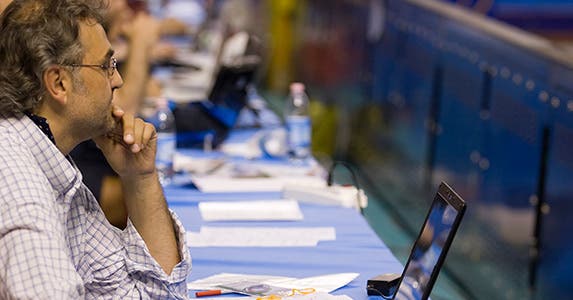 The headlines about the newspaper profession have not been very encouraging and have helped to put it at the top of this year’s worst-jobs roster. Publication schedules and jobs have been cut amid growing online competition and shrinking advertising revenues.

“You have to cope with stress efficiently or basically just surrender to it,” says Sonny Albarado, a former president of the Society of Professional Journalists, a trade organization based in Indianapolis.

But many still love journalism

The BLS shows that the median salary for reporters is $40,810, and CareerCast says jobs in the field are in the midst of a 13 percent decline over 10 years.

However, many journalists love their career, and those with a reporter’s skill set could apply their research and writing skills to communication gigs for online news venues, nonprofit organizations or other media outlets.

“Despite the doom and gloom, being a journalist is still one of the best damn jobs on the planet,” Albarado says.