Help wanted: Must be willing to serve

Maybe it’s time to trade in that suit and tie for some white gloves, a la the help on “Downton Abbey.” Jobs working for the 1 percent are available.

“We may be in an economic crisis, but the amount of millionaires and billionaires … is staggering,” says Robert Wennekes, chairman of The International Butler Academy in the Netherlands. “Never before in history have there been so many wealthy people — and they don’t mind paying top dollar for a high-quality staff.”

The U.S. Bureau of Labor Statistics forecasts above-average growth for numerous such occupations, such as a 23 percent increase by 2020 in the category that includes animal caretakers.

Domestic service positions require a psychological shift from the average 9-to-5 job.

“You must have the ability to put another person’s agenda before your own, and that is difficult,” says Wennekes, whose academy attracts highly motivated people from all walks of life for an intensive eight-week course. Students from taxi drivers looking for a new career to CEOs needing personal polishing pay nearly $20,000 to learn to put others first.

Wealthy employers are willing to pay to be put first. What are these fast-growing service jobs? How much can you make?

Every Bruce Wayne needs an Alfred 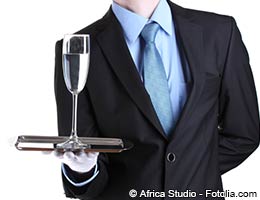 Americans with ideas about butlers are probably split into two camps: those who watch a lot of “Downton Abbey” and those so far behind the times that their Netscape browser still opens to the old Ask Jeeves.

Richmond Schmidt, a 2003 graduate of The International Butler Academy who now serves as a butler for a family in Palm Beach, Fla., says most people’s assumptions may not be far off.

“Things surprisingly have not changed all that much from the days of ‘Downton Abbey,'” he says. “I do any of the mundane chores of life that they’re privileged enough to not have to worry about.”

That includes anything from managing other staff to removing the classifieds from his employer’s newspaper, a sort of update of Mr. Carson ironing the ink on Lord Grantham’s paper.

To excel as a modern butler, Schmidt says you have to be a “patient, overachieving people-pleaser.”

Salaries can range from $40,000 to $150,000 for long work weeks, with most positions providing housing and a car. Increasing numbers of butlers also get benefits, even retirement plans.

Picturing yourself doing your best Mr. Carson impression? You’re not alone, as butler associations and placement agencies reported increases of up to 30 percent in 2011.

Hitch a career ride with the rich 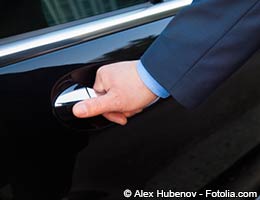 When a person becomes rich, driving can lose its appeal. And that means job opportunities.

The BLS is forecasting 20 percent growth in employment for drivers during the current decade. Though that figure includes taxi drivers, one doesn’t need to look far to see it’s a good time to be a chauffeur, too.

Sean McGinty, CEO and founder of My Private Driver, a growing private chauffeur service with operations in Austin, Texas, Dallas and Southern California, says clients have been increasing their private transportation budgets after years of more frugal spending.

“I think people are a little more at ease putting their exposable money back on the street in more lifestyle luxuries,” he says.

Salaries can run from $45,000 to $70,000 and while McGinty says the industry typically does not provide benefits, that often changes if a particularly successful driver is hired on to a client’s personal staff.

“It certainly needs to be an individual with a serving mindset,” he says. “It’s a challenge to not simply be overwhelmed with celebrity — or resentment of money.” 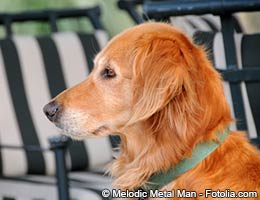 Want to serve the 1 percent, but you’re not much of a people person?

Fortunately, there are doggy “Downton Abbeys” such as Barkingham Palace in Palm Desert, Calif. There, the pet population’s 1 percent are indulged with $80 pool massage therapies and — for those without toddlers on which to put tiaras — “doggie weddings” for $475.

Caring for the pets of the wealthy is practically a recession-proof industry — and it’s growing.

The BLS anticipates 54,000 animal care and service jobs to be generated from 2010-2020, with nonfarm animal caretakers earning a median of about $20,000 per year. The occupation typically sees high turnover, so it is easier to get into than others, provided you have experience handling horses or teaching small dogs to remain in purses and look adorable.

Horse training itself can pay $600 to $800 per month, per horse, which is understandable considering that the animals can sell for more than $10,000. 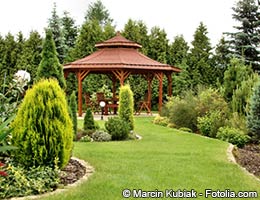 You can make a living off the yards of the filthy rich without getting your hands dirty.

According to the American Society of Landscape Architects, the average salary plus bonuses for landscaping professionals is $78,600. Technically, the job is less service-oriented and more artistic than others in the domestic services realm.

Most landscape architecture projects are on the grounds of single-family homes. Designs can incorporate anything on the property outside of the structure itself, so if you’re interested, you’ll want to brush up on your koi pond sketching.

Landscape architecture is expected to see 16 percent job growth by 2020, around the U.S. average. But the ASLA anticipates it to be the third fastest-growing artistic profession, behind only museum technicians and curators.

Want to get in on the “ground” floor? You’ll need a corresponding degree from an accredited school, plenty of landscaping experience, and a license issued after you pass the Landscape Architect Registration Exam, which is required in all 50 states.

If the art part isn’t your thing, grounds maintenance is projected to grow by an impressive 20 percent this decade, though the pay is more clipped, averaging $23,740 per year.

Work in kitchens of the rich and famous 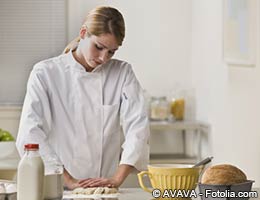 Given enough income, most people would likely prefer meals prepared by an actual chef, not a miniature one made of dough and giggling naked except for a hat and kerchief.

It’s not too surprising then that Entrepreneur Magazine cited private and personal chefs as a fast-growing industry. If you have the chops, education and experience, and do well in a serving capacity, now’s the time to get cooking.

“There’s a lot more interest now in specialty diets and what people are putting in their bodies,” notes Vince Likar, executive director at the United States Personal Chef Association.

While private chefs often live on site and are more likely to be salaried staff, personal chefs run their own independent business with multiple clients. Likar says average rates can run from $35 to $50 per hour.

The most talented private chefs earn up to $500 per day in jobs with a single client; families (today’s 1 percent versions of the Crawleys of “Downton Abbey”) often provide benefits and have a payroll service to manage taxes. Private chefs’ clientele tends to be wealthier than those who use personal chefs. The work might be seasonal, such as for professional athletes requiring a specific diet in training camp.