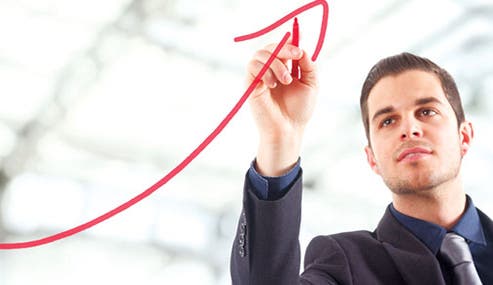 Images of American CEOs rarely are flattering. From the tyrant to the incompetent buffoon, popular culture is more likely to lampoon the nation’s bosses than to celebrate them.

“Humble” is an adjective rarely associated with the U.S. CEO. But humility is the character trait that can help turn U.S. jobs around and make them more productive, says Angelo Kinicki, professor in the management department at the W. P. Carey School of Business at Arizona State University.

Kinicki co-authored a study of Chinese CEOs that found a more humble approach on the part of the occupant of the corner office had a positive impact on the performance of managers up to two levels lower.

In the following interview, Kinicki discusses the things that American CEOs — and workers — can learn from Chinese bosses.

Your study found that humble CEOs are good for business. How did you arrive at that conclusion?

Our results showed that a CEO’s humility positively impacted the performance and employee work attitudes of managers who were two levels below the CEO. In other words, when CEOs are humble, the direct reports of the CEO’s direct reports are more productive.

What are some of the qualities that these CEOs possess that make them good leaders?

Humble qualities include the following:

We have direct evidence demonstrating that CEO humility positively increases collaboration and integration of the top management, which in turn creates empowering climates.

We do not have evidence showing that CEO humility impacts the firm’s profitability. We did not study this relationship.

The study findings are based on interviews with 63 CEOs of private companies in China. Why didn’t you interview American CEOs? How do you know that cultural factors unique to China did not play a role in what you found?

We selected China because we felt that we would find more variability in levels of humility among CEOs. This is exactly what we uncovered.

Our feeling was that U.S. CEOs would not display the range of humility that we found with Chinese CEOs. This does not invalidate what we found. You ask if cultural factors play a role in what we found. They do with respect to the number of senior executives who are humble: We believe you will find more humble CEOs in China than in the U.S.

That said, our results were not about this issue. Rather, we wanted to test the process by which CEO humility impacts employees at different levels in the organization. We believe that this process will be the same in China as it is in the U.S. We are currently testing this proposition.

Which American CEOs best exemplify the type of humble attitude you are highlighting here?

John Mackey at Whole Foods and Howard Schultz of Starbucks are good examples of U.S. CEOs who display humility. Richard Branson is a good example of the same for a European CEO.

Based on the study findings, what tips would you give to American CEOs so they can improve their business through humility?

They can embrace the characteristics of humility and try to model them for others.

Can the average worker learn anything from this study that can help him or her to be more effective in the workplace?

Yes. We all can try to be humble. Being humble will result in greater likeability and willingness to follow others. This, in turn, should increase one’s ability to influence others.