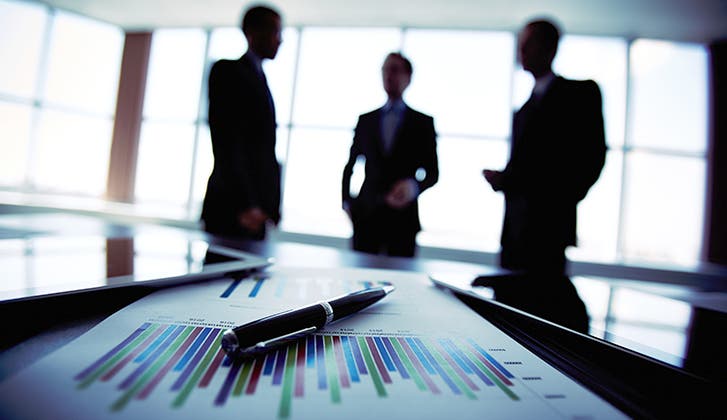 A measure of gender inequality in the workplace has traditionally invoked the notion of a “glass ceiling” that prevents women from ascending. In the years following the financial crisis, a new kind of self-imposed ceiling on women has emerged.

Rather than keeping them from getting ahead, this one is keeping them out of the workforce altogether. Labor force participation by women has been on the decline since peaking at 60.3 percent in April 2000.

But just 56.9 percent of women were participating in the workforce in August — a level last seen in late 1988, according to U.S Department of Labor data.

‘Rosie the Riveter’ in reverse

The recent trends involving women contrast with what happened during the last century. Think “Rosie the Riveter,” the 1940s icon representing female factory employees filling jobs for men who were at war.

John Silvia, chief economist with Wells Fargo Securities, noted in a report earlier this year that as women “joined the workforce in droves” in the post-World War II era, female participation in the workforce nearly doubled from 1948 to 1999.

At the same time, the percentage of men in the workforce has been eroding since the 1950s. “For men, it was a long-term trend,” says Diane Swonk, chief economist with Mesirow Financial. “For women, it was a reversal in trend, and that’s what is interesting about it: Women started to match the trend by men.”

So, what flipped the pattern that had seen more and more women going to work? Experts point to a variety of forces, including the recent recession. Women had the misfortune of dominating fields that got hammered by the financial crisis and downturn.

“Women account for nearly 60 percent of all employees in state and local government, and almost 70 percent of educators,” wrote Ian Shepherdson, chief economist for Pantheon Macroeconomics, in a report earlier this year. He says women were “hit very hard by the collapse in tax revenues after the crash.”

Now that the worst of state budget woes appears to be over, Shepherdson is optimistic that female labor force participation will be restored in “several years.” Other experts are less certain that American women will flock back to the workforce.

Lifestyle factors, such as the need to care for children or elderly parents, also are keeping women out of the job market.

“It’s very hard for women, in fact, to ‘have it all,'” says Lynn Reaser, chief economist for Point Loma Nazarene University in San Diego. “Multitasking is overblown, in terms of what actually can be accomplished at the same time.”

When a woman’s pay is below a certain level, she may well decide it isn’t worth keeping her job if the family has another breadwinner.

“If a mother is to drop out of the labor force, it is generally because her income isn’t enough that she can really afford to continue to work,” says Kathleen Christensen, director of the Alfred P. Sloan Foundation’s Working Longer program.

Some women may have to “take part-time jobs or multiple part-time jobs, and have difficulty trying to schedule them,” she says. “They may not earn enough to pay for child care or to pay for reliable transportation.”

You might hear that the key for working women is to achieve “work-life balance,” but that concept is a myth, in the opinion of Nell Minow. And she probably knows more than most about trying to keep career and home life in harmony.

Minow is a Washington, D.C., attorney; an advocate for shareholders through an organization she co-founded, GMI Ratings; a mother of two grown children; and a movie reviewer.

“What works is to be clear with yourself about your priorities, so it is more of a ranking than a balance,” she says.

Minow also tells how she would often get grief from both men and women for being a working mom early in her legal career.

She recalls one encounter that she took to be hostile: “In my very first week of my very first job after graduating from law school, I was going around introducing myself to the people. I went up to one guy and said, ‘Hi, I am the new lawyer in the office.’ And he said, ‘My wife stays at home.'”

The U.S. is not a top leader when it comes to workplaces friendly to women, according to the most recent Global Gender Gap study from the World Economic Forum. The U.S. ranked 23rd out of 136 countries, with Iceland and Finland at the top.

Gender gap all the way to the top

The forum says its measure is intended to capture “the magnitude and scope of gender-based disparities.”

Minow, an expert on corporate governance, says a gender gap persists on corporate boards, where female participation is abysmally low. “It is even tinier than it looks on paper, because it is the same five women on a lot of boards,” she says.

Adds Megan Beyer, who serves on the Economic Dividends for Gender Equality foundation: “It’s been studied to death, and everybody has the same conclusion. If you want to have greater success, greater profitability, you’ll want to have a gender-diverse leadership.”

If the U.S. wants to stop the exodus of women from the workforce, it ought to consider a specific policy shift, says Claudia Goldin, Henry Lee professor of economics at Harvard University. “The question is today, if we change family medical leave, could we sort of break this barrier?” she asks.

Unlike other industrialized democracies, the U.S. does not require some form of paid leave for workers to care for newborn children or ailing family members.

“I think that the state of our public policy and corporate policy that has sort of gotten us into this mess is a reflection of an America that doesn’t walk the walk on family values,” says Beyer. Her husband, Don Beyer, has been campaigning for paid family leave as a candidate for Congress in Virginia.

On an even larger stage, former Secretary of State Hillary Clinton has been talking about the family leave issue as she decides whether to become a candidate for president. If she does decide to run for the White House, she’ll not only be looking to stay in the workforce, but she’ll also try to break that other ceiling: the glass one.