Job hunting in the age of social media

Today, it takes more than talent to attract job offers.

Now, you must pepper Internet social networking sites with evidence of your professional acumen so recruiters trolling these sites can seek you out.

On the flip side, when you’re looking for job opportunities, you may find news about openings before they’re broadly advertised.

“Ten years ago, there was a move from newspaper (help-wanted advertising) to online job boards,” says Neal Bruce, vice president of product management for Raleigh, N.C., and Waltham, Mass.-based Peoplefluent, a human resources technology company. “Now, there’s been a transformation from job boards into social media.”

Companies have invested in employees and technology to find talent on sites such as Twitter and are anxious to see these efforts yield good hires, he says.

Here are some tips on tapping the social media world to find a job and get noticed for a position. 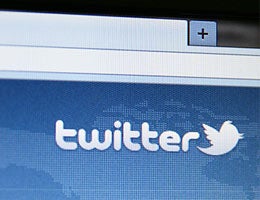 Think about the firms that offer the positions you’re aiming for and “follow” those companies on Twitter.com, says Dan Finnigan, CEO of Jobvite Inc., a recruiting software provider in Burlingame, Calif.

In fact, Gail Tolstoi-Miller, CEO of staffing firm Consultnetworx in Livingston, N.J., says it’s very likely that first word about an opening will be through Twitter or LinkedIn, “especially if they want to save money (on placing postings) on job boards,” she says.

When a company doesn’t have a separate Twitter account for openings, following a firm often gives you information about hiring plans. For instance, a company CEO might tweet that he intends to grow a certain area of the business.

“You can put two and two together that they’ll need people in that area,” Finnigan says.

Connect with firms on LinkedIn

As with Twitter, connecting with firms on the professional social network LinkedIn also can provide early word of job openings.

Look for the company tab at the top of the LinkedIn page and use the search function to find firms by name or industry, says Nicole Williams, the site’s career expert.

Once you follow a firm, you’ll usually see postings for job openings as well news about workers who’ve taken new positions or have left the company, Williams says. Often, if you see title changes of employees or see workers leaving, you can deduce what jobs are opening at that firm.

Become recognized with your tweets

While following companies on Twitter may alert you to openings, following certain firms and industry leaders will get you noticed by recruiters using Twitter to find people with specific talents as evidenced by the chats and tweets they engage in, says Kathryn Minshew, co-founder of career site The Daily Muse.

Midkiff says one of the unique features of Twitter is that “it allows you to build relationships with trendsetters in the field who would otherwise be unavailable to you.”

Follow the noteworthy people who have the job you’d love to have, and you can become known to them through your retweets or references to their articles and blogs, says Midkiff.

In addition to positioning yourself to get spotted by recruiters, these professionals eventually might tell you of available jobs.

Cast a wide net for referrals 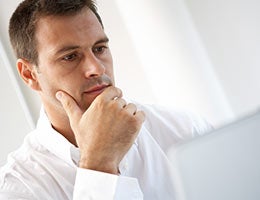 Your chances of getting an interview are greatly enhanced if you are referred by someone known to the firm or the specific hiring manager for a job, Midkiff says.

Tolstoi-Miller says to make sure the person referring you is well-regarded by the company.

Learn the person’s reputation by asking how he or she likes or liked working for that firm. If the person doesn’t have positive things to say, chances are he or she is not regarded well, she says.

Williams offers another social media strategy. She says that if you are in the same line of work as those at a particular company, you might go to the company page on LinkedIn to see if you are connected to anyone who works at that firm.

It’s a judgment call on whether to ask them to call or email a hiring manager on your behalf, Williams says. You have to feel you know someone well enough to expect a positive referral.

Another tool for uncovering your possible referral connections is to use the “Inside Connections” feature at Glassdoor.com, which is a free career community site. By signing onto Glassdoor via Facebook, users can see who among their Facebook network of friends works at a specific company, says Glassdoor spokesman Scott Dobroski.

Maintain a professional profile in every venue 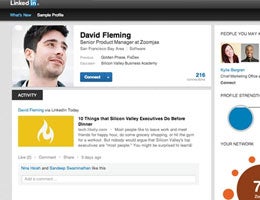 “Look at what the ads for the jobs you’d like are listing as needed skills. For instance, if you can program Java, don’t just say you’re a programmer,” Tolstoi-Miller says.

And if you’re wondering whether to include a picture in your profile, upload a nice headshot, advises Nicholas Salter, an assistant professor of psychology at Ramapo College of New Jersey. He conducted research that found when candidates had similar experience and education levels, recruiters were more likely to rate the candidate who had a photo on his or her LinkedIn profile higher than those who remained faceless.

Bruce says that all recruiters and hiring managers will check out your Facebook page to “round out” their impression of you. Although there are privacy settings on Facebook, Bruce recommends that you not include anything on your page that would mar your job chances.

“Recruiters might see your private stuff because they are friends of some of your contacts,” he says. 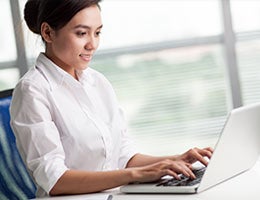 Job seekers will want to participate in certain industry groups and chats that recruiters are following. “Recruiters want to hang out where the candidates are hanging out,” Tolstoi-Miller says.

You can search for professional groups on LinkedIn through the group directory. You have to do some searching to uncover Twitter chats, says Twitter editorial director Karen Wickre.

Also, Finnigan suggests searching for the websites of professional associations and groups in your field. Different professions and industries will have their own sites where those active in the field will be chatting and exchanging ideas, and recruiters will look at those specialized sites when they are searching for talent in that field.