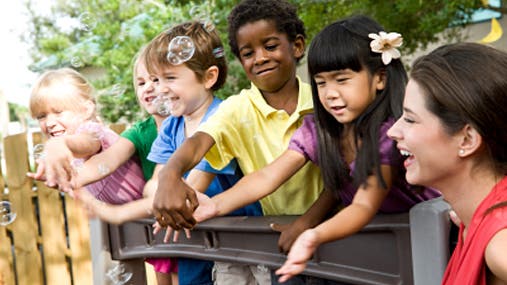 Money may not be able to buy you happiness, but happy children are more likely to grow up and earn more than their unhappy peers, according to a new study.

The multiyear study, which was published in November 2012 in the academic journal Proceedings of the National Academy of Sciences, looked at data from more than 15,000 adolescents and young adults. Researchers found that happy people are likely to earn more because they are more likely to earn degrees, find jobs and get promoted quicker than their gloomier counterparts. Researchers also were able to put a dollar amount on happiness.

“A one-point increase in life satisfaction (on a scale of 5) at the age of 22 is associated with almost $2,000 higher earnings per annum at the age of 29,” according to a news release on the study, written by Jan-Emmanuel De Neve, an assistant professor of the University College London, and Andrew Oswald, a professor at the University of Warwick in the United Kingdom.

Exceptions to the rule

In general, there’s a lot of truth to the idea that happy kids earn more in their jobs as adults, says Dr. Fran Walfish, child and family psychotherapist in Beverly Hills, Calif., and author of “The Self-Aware Parent: Resolving Conflict and Building a Better Bond with Your Child.” But there are some powerful exceptions to the rule.

“A lot of the people I see in my practice are super-rich people who grew up in very unhappy circumstances and didn’t have a lot of money,” she says. “Among that part of the population, there’s a narrative of individuals using the unhappiness that plagued them in childhood as fuel for obtaining wealth.”

What makes some unhappy people propel themselves to the ranks of the super-rich and the vast majority of others suffer without substantial economic achievement is a complex issue that researchers can’t yet fully explain, Walfish says. But the important takeaway from a study like this one is that parents really can do a lot to set their children up for financial success, she says.

“Parents need to love and nurture their children,” Walfish says. “But they also need to balance that by setting, holding and following through on boundaries so that their kids grow up with realistic expectations about the world.”

Parents who consistently succumb to the whims and desires of their children often end up teaching their kids that the world will always bow to their wishes. That’s the wrong lesson to teach, Walfish says. She worries that kids who get everything end up being unhappy when things don’t go their way in jobs as adults.

Even setting aside our childhood experience, our happiness does impact our earning potential in a job after we join the workforce, says Joe Shaheen, managing principal at Human Alliance, a human resources consulting firm in Washington, D.C.

“A positive attitude allows you to take on more challenges, succeed, or recover from failures in those challenges and try again,” Shaheen says. “Also, a positive attitude allows for a higher likelihood of extroversion and self-confidence, which allows workers and professionals to build better relationships, which can yield better jobs, higher promotion rates and consequently higher salaries.”

Alan Allard, a former psychotherapist and author of “Seven Secrets to Enlightened Happiness,” says confidence, self-esteem, and the ability to see our own talents and self-worth are the key components to a successful career.

“Our overall level of happiness is a major factor driving all of those things,” Allard says. “The happier you are, the more likely you are to be confident, have good self-esteem and know your own value.”

But if you’re unhappy, Allard has some good news.

“Half of what makes us happy is genetic, which means we can’t change it,” Allard says. “But the other half is a question of what you’re thinking about, so it is possible to focus your thoughts and improve your happiness. We just need to work at it.”

“Even if you just write down three things a day that made you feel happy, you would begin to see some improvement in your overall happiness because you would consciously be thinking about something positive, and that can have a profound effect on your overall mood,” Allard says. “The key is that you have to be consistent.”

In addition to a gratitude journal, Allard says it’s important to make social connections in your job with co-workers because the positive feedback that comes from socializing can have a big impact on our happiness. After all, Allard says humans are social animals, and without positive human relationships, we often succumb to negative thoughts and emotions. But, he says, taking action on the social front doesn’t have to be terribly big to make a positive difference.

“You can pay a compliment to co-workers or ask them if they want to join you for a cup of coffee,” Allard says. “These are small gestures, but they go a long way to increasing our happiness because they encourage happy people around you to share their positive energy.”

Of course, not everyone can improve his happiness with small gestures. Sometimes it takes serious work with a mental health professional. Still, Allard says most of us can do a lot to improve our mood without seeing one.