Lifeguards for Olympic swimmers, and other unusual jobs at the Rio Games 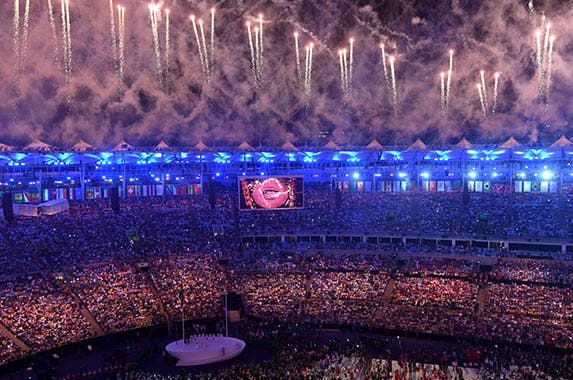 5 unusual jobs at the Rio Olympics

The athletes are the focus of the Olympic Games. And they should be. But there are hundreds of jobs — big and small, paid and voluntary — that help support the competitors, and the Rio games overall.

Many of those jobs are the sorts you’d expect. Think coaches, officials and the people who have to collect the athletes’ urine tests. But take a look at these jobs that are a little more unusual.

RATE SEARCH: Looking for a good place to put your paycheck? Shop for a great internet-based checking account today. 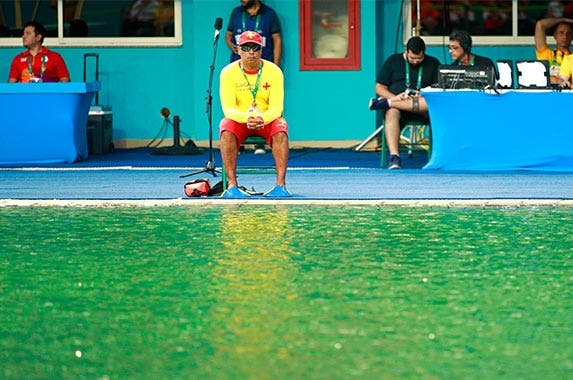 Yes, the lifeguards watching over the world-class swimmers do get bored. The odds they’ll be called into action are about the same as Michael Phelps going into and out of a Starbucks unrecognized. But the position is important, insists Danielle Martelote, the lifeguard supervisor at the Olympics Aquatics Stadium.

“Yes, it’s necessary,” she told The New York Times. “We hope they don’t need our intervention.”

At least the lifeguards have a sense of humor about their jobs. “We joked to each other, ‘We’re here to save him!'” Martelote said of Phelps, the most decorated Olympian of all time. 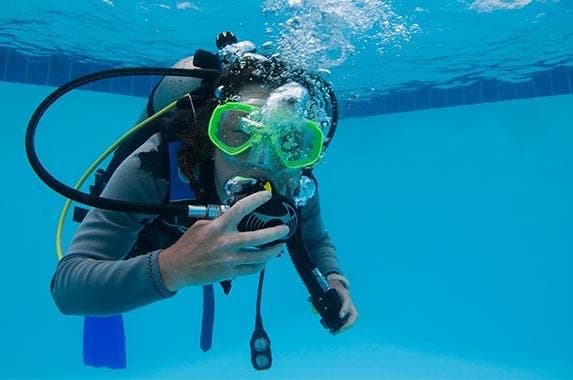 American swimmer Kathleen Baker gained one beautiful piece of jewelry during the Olympics — and briefly lost another.

She won a silver medal in the 100-meter backstroke. But during the preliminary races, she lost a pearl earring. A scuba diver was called in to reunite Baker with her earring. Scuba divers also fix tiles and cameras on the bottom of the pool.

RATE SEARCH: Build an emergency fund for when you lose something valuable. Get some interest on your savings starting today by shopping money market accounts. 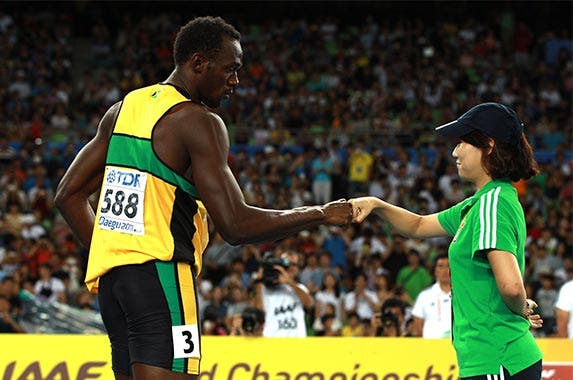 Watch carefully during the track and field competition. For every event, you’ll notice that someone is shadowing each athlete. That person carries the competitor’s tracksuit, iPhone, whatever. Sometimes, the athletes interact with those volunteers.

Being the assistant to track superstar Usain Bolt, for example, is a coveted job. 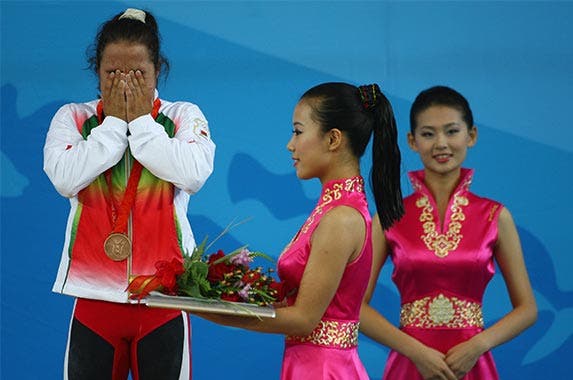 After the event and before the spine-tingling national anthem plays, athletes are presented with their medals. Imagine actually putting the medal around an Olympian’s neck. Often, that’s when the tears of joy start to flow.

The presenters’ uniforms, designed by Andrea Marques, went through tremendous scrutiny before their final version. The uniforms were tested under indoor and outdoor lighting conditions, according to the official Olympics website, and have light colors to ensure “all eyes remain focused on the stars of the medal ceremonies: the Rio 2016 athletes.” 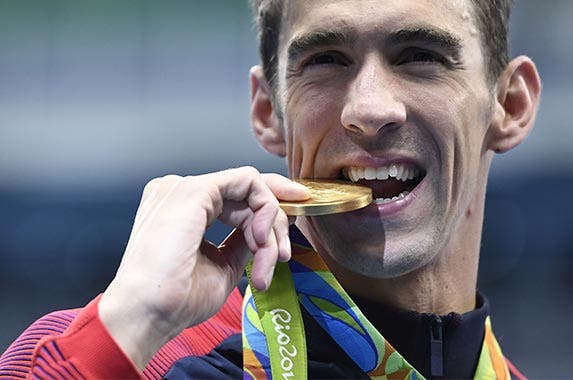 It’s not really a job, and maybe not all that strange, since it happens hundreds of times throughout an Olympics. But one specific task of medal winners is weird: biting the medal. And they all do it. It’s a staple of the Olympics. But why? Because photographers beg them to.

“It’s become an obsession with the photographers,” David Wallechinsky, president of the International Society of Olympic Historians, told CNN. “I think they look at it as an iconic shot, as something that you can probably sell.”

RATE SEARCH: Don’t let high mortgage rates get the better of you. Shop today for a great deal.