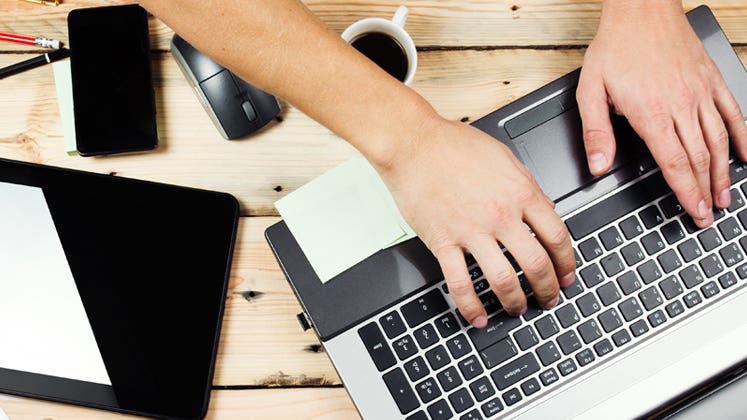 Joe Finora didn’t initially set out to make a living as a freelancer. But he says when he was offered a “microscopic” buyout by the financial services company where he worked in marketing and public relations, he knew it was time. “In my heart I always wanted to work for myself,” says Finora.

Since that momentous decision, Finora has been a freelance media relations consultant for 15 years, happily working out of his home in Long Island, New York. He’s similar to millions of other Americans participating in what might broadly be described as “the freelance economy.”

Some choose freelance work for the personal and professional freedom, while others become freelancers because they can’t find conventional jobs and feel they have no other option. While some measures suggest the freelance economy is growing, others indicate that the freelance workforce shrank during the Great Recession and hasn’t fully recovered.

Precise count of freelancers is elusive

Just how big is the freelance workforce? It’s a little difficult to pinpoint.

Using figures taken from tax records, the U.S. Census Bureau estimates there are more than 22 million of what it describes as “nonemployer businesses.” These include both “the classic mom and pop shops and people running businesses out of their homes,” William Bostic Jr., the census’ associate director for economic programs, says in a news release.

Ten years ago, there were fewer than 20 million nonemployer businesses.

Meanwhile, separate figures from the U.S. Department of Labor show that in May, there were 9.1 million Americans who identified themselves as “self-employed and unincorporated.” That’s down from nearly 10.6 million in 2006, before the economic downturn.

And a recent report from CareerBuilder and Economic Modeling Specialists International estimates the U.S. currently has 10 million “self-employed jobs,” nearly 1 million fewer than there were pre-recession.

Freelancing’s impact on the labor force?

Getting an accurate reading on the freelance economy is a challenge. “We don’t necessarily know who those people are,” says Seth Harris, a former top official in the Labor Department under Presidents Barack Obama and Bill Clinton and now a distinguished scholar at the Cornell University School of Industrial and Labor Relations.

It’s also tough to say whether any move toward freelancing is contributing to the falling numbers of adults who are officially counted as workers or active job seekers. The Labor Department put so-called labor force participation at 62.8 percent in May. The rate has declined by 0.6 of a percentage point over the past year.

Freelancers could be part of that shrinkage, Harris says.

“I expect there are many people who have left the labor market, or never joined in the first place but are still engaged in some kind of economic activity to support themselves and their families,” he says.

Freelancing by necessity and by choice

“I do think there is an aspect of this structural unemployment issue that pushes people towards starting their own businesses or going into the consultant business, for example,” adds Scott Anderson, chief economist with San Francisco-based Bank of the West. “A lot of these workers that have lost their jobs this time are very skilled workers that have a lot of working experience and can move into those directions.”

Fields showing strong growth among the self-employed since 2006:

The decision to freelance isn’t always the result of necessity. Sometimes, it is an opportunity afforded by technology.

“It’s a lot easier to be a freelancer now, especially if you’re in the services (business), you can telecommute,” notes Chris Christopher, director of consumer economics for IHS Global Insight.

Chief economist Robert Brusca with Fact and Opinion Economics says his own sister-in-law was let go from a computer programming job, ” took her severance, collected Social Security and then started a home jewelry business.”

Brusca says it is likely that if the economy strengthens, many of these same people would seize upon the opportunity to return to more traditional jobs, in part because they like the perceived job security.

Freelancing out of the home can present a variety of challenges, including potential distractions.

Finora says he and his wife are often at home at the same time. “You close the door if you want to meet your deadlines and satisfy the client,” he says.

The flexibility is attractive to freelance math tutor Dave Mech of Boca Raton, Florida. He left his job working in a bank over a decade ago and, like Finora, prefers being his own boss.

“When you freelance, you have all of your own clients so you could have 50 different clients and if you upset one client and they leave you, you still have the other 49 clients,” he says. “You’ve only lost 2 percent of your business, and it’s not that hard to recoup.”

There’s also a lifestyle decision — putting the “free” in freelancing. “I like to go paddleboarding, so today I went paddleboarding. You can do that. You don’t have to ask for time off,” says Mech.

Though you find people like Finora and Mech, who appear to be thriving, it’s unclear whether freelancing is viable for most people who are doing it. “You have to wonder: How are those people surviving?” Harris asks. “Are they relying on their families? Are they in the informal economy?”