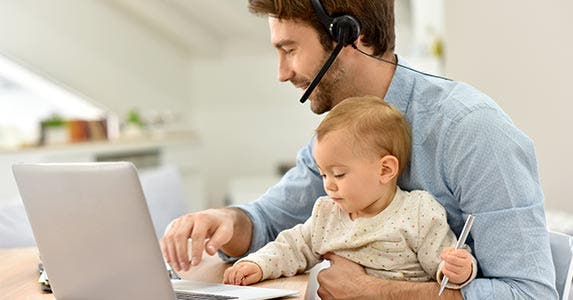 Starting your own internet business

For a budding entrepreneur, the internet is an alluring marketplace. A global customer base and little to no overhead costs mean that the barriers to entry are low, and the potential returns high. But whether you earn enough to simply cover the tools of your trade or turn your business into a worldwide success depend on your ability to navigate the unique tactics of selling to an audience you’ll likely never meet face to face.

Mollie Chen, who sells handcrafted jewelry in her Etsy store, Mu-Yin Jewelry, and on her own website, estimates that most full-time Etsy sellers earn less than $100,000 after expenses, but the potential is much higher for those who know what they’re doing.

Whether you choose to sell on Etsy, eBay, Amazon or your own website, here are eight tips for being a prosperous Internet entrepreneur.

Find a unique niche or product 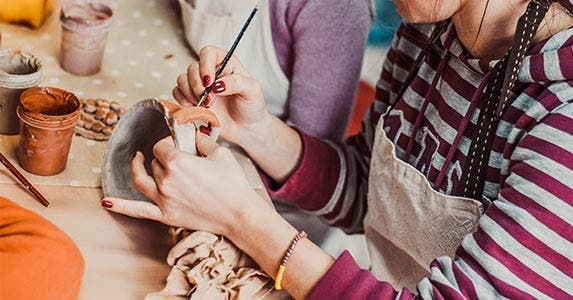 To create demand in the vast Internet marketplace, your product has to be unique, better quality than its competition or hard for the average consumer to obtain.

Annie Howes began by creating jewelry and selling it on Etsy but expanded to become a one-stop shop for crafters. In addition to her Etsy shop and her own website, she also opened a store on Amazon called Annie Howes Craft Kits.

“You have to have something special beyond your craft,” Chen says. “You have to do it well and do it differently. There are so many sellers of jewelry; you have to give shoppers a reason to buy yours.”

Michael Tonello, author of “Bringing Home the Birkin,” started by selling vintage Hermes accessories on eBay. That evolved into selling the classic Birkin bag. He says entrepreneurs must convey their passion to consumers. “If you don’t love your product, why do you expect someone else to?”

Start small and test the market 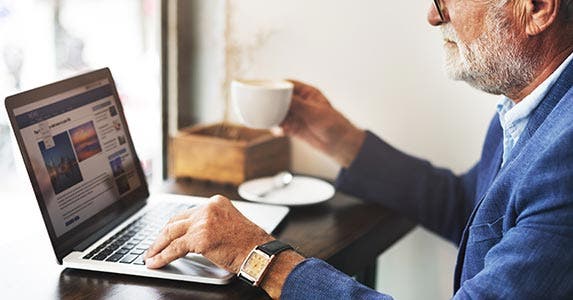 With so many options for selling products online, internet entrepreneurs may have to experiment with a few different sites. A shopper on Amazon fits a different profile than one using Etsy.

“Going through a third-party site like Etsy is a great way to get started because you can start small with low overheads,” says Derrick Sutton, author of “How to Sell Your Crafts Online.” He and his wife began selling art and jewelry on Etsy and since have made it their full-time business.

The ease of selling on a site such as Etsy also gives you an opportunity to test your ability as an internet entrepreneur without breaking the bank. “It’s a fantastic way to test the market and see if this is something you’re going to enjoy,” Sutton says.

Howes sold on Etsy for six months before branching out to include Amazon. Etsy has a built-in marketplace, she says, with a target market of consumers who were already looking for jewelry. She decided to expand her business by adding a store on Amazon because it’s such a well-known site. “Chances are, if you’ve bought on the internet, then you know Amazon,” she says.

Give shoppers a visual guide 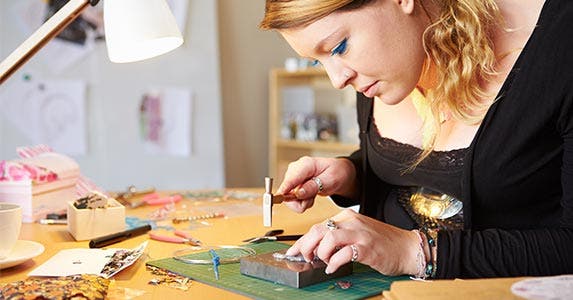 Internet entrepreneurs say that exceptional-quality photos are a non-negotiable line item in your expenses.

“It’s such a crucial factor because it’s the only way people have a chance to really see and understand what you’re selling,” says Sutton, “unlike a traditional shop where you can touch and examine items.”

Chen includes several photos of her jewelry taken from different angles. She also displays the pieces on a live model (most often herself) to give shoppers a better idea of how they will look.

Well-written descriptions go hand in hand with good quality photos, Chen says. The more detailed, the better, but don’t make them overly long. For her Etsy listings, Chen explains the material used to craft the jewelry right in the title of the item, such as “sterling silver wire-wrapped ring with freshwater pearls.” By reading just that much, she says, “The customers already know if they want to look at it. It’s easier for them.”

Once shoppers click on the product, Chen provides more information, including how to measure ring size, details on placing an order and shipping times. “I imagine what I would want to know if I were shopping on the internet,” she says. 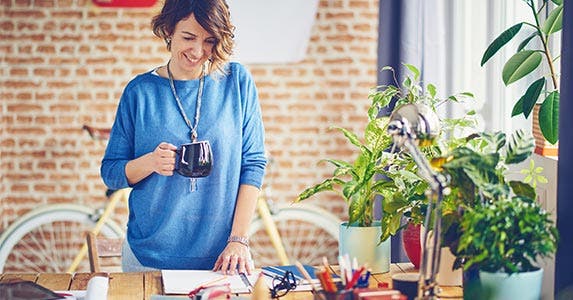 Internet entrepreneurs can never go overboard providing customers with a reason to return to their stores and to recommend items to friends. It goes without saying that prompt shipping, responding to consumer complaints and questions, and a clear return policy will be expected. But since sellers and consumers rarely communicate in person, you’ll have to look for ways to create a personal touch.

“I was very responsive to special requests and acted almost like a personal shopper for some of my clients,” Tonello says. “I kept a notebook with notes about what items people were looking for.” He also included a thank-you note with every order — it’s a small nicety that can make the customer feel special.

Howes says she tries to address the needs of crafters before they know what their needs are. That not only maintains her reputation as a one-stop shop, but “It gives me an edge on the market,” she says.

Listening to customers is essential if, at times, painful, Sutton says. “Being open to constructive criticism can help you learn how to solve easily made mistakes. Always read your feedback and make constant adjustments.” 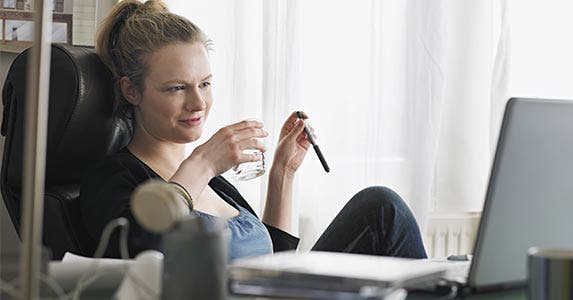 A typical mistake for new internet entrepreneurs is to undercharge for their creations or fail to build in enough profit margin if they are reselling.

“I undercharged when I first started,” Chen says. She began selling her custom jewelry on eBay as a hobby while attending graduate school and was making $300 a month. “I was doing it for fun, and I was pretty happy because it was just a hobby,” she says. When a friend told her about Etsy and she began marketing her product there, she sold $800 in the first month. Once she got serious about the business, she realized she had to increase prices. Since she was selling on Etsy and eBay at that point, she kept the prices the same on both sites and waited to see what would happen. “I sold nothing on eBay, so that’s when I decided Etsy was my customer,” she says.

Chen also found that selling by auction on eBay didn’t produce a stable income and made it tough to forecast sales. Her first product, the sterling silver wire-wrapped pearl ring, was initially priced at $5. Now she sells them for $20 each and avoids the eBay auctions.

Put your sales plan in writing 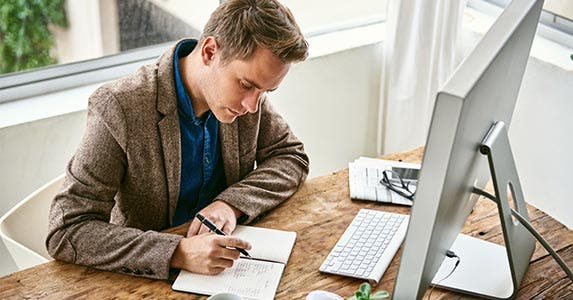 Many internet entrepreneurs neglect to write a business plan. However, sometimes the venture starts as a hobby and grows into a full-fledged business before there’s time to get one written. Others don’t want to take the time and would rather wait for shoppers to come to them.

But whether you’re dabbling in a hobby or going full speed into a business launch, a plan will guide you from the seeds of an idea to a successful enterprise. And just as the Internet marketplace evolves, it pays to return to the plan once a year to make adjustments in growth projections, marketing, staffing needs, etc.

“It helps you stay focused, and if you’re unsure of a decision, you can go back to the plan,” Howes says.

Sutton says it took him and his wife about a year to consistently reach the daily sales goals they set in their plan, but when they finally reached them, they realized they had a sustainable business.

“I had sales goals for every month written out,” Chen says. “But it’s not common for Etsy sellers to do that. A lot of them start selling as a hobby, then it turns to a part-time business and finally full time.”

Get personal with marketing 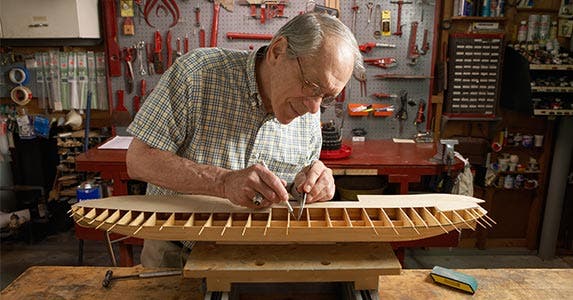 Sometimes the best marketing strategies come from customers. Tonello, for instance, learned about the difficult-to-obtain Birkin bags by developing an email relationship with a regular scarf-buying client. Once he found a way to target clients who had an insatiable desire for the bags, he zoned in on that market.

Sutton says social media can be a benefit to marketing. Twitter and Facebook, for example, are great ways to communicate with your potential audience, but be careful of overselling.

“One of the biggest mistakes I see with people who sell online is being too aggressive with selling on social media networks,” he says. “Self-promotion is vital, but it has to be done in moderation.” Don’t view these sites as one-way conversations that only promote your products. People will tire of that approach quickly.

Communication and personal service will help target and boost your potential and current buyers. “The internet has created a certain degree of anonymity,” Tonello says. “But as a seller, it’s extremely important to establish a personal rapport with your clients.”

Let the sky be the limit 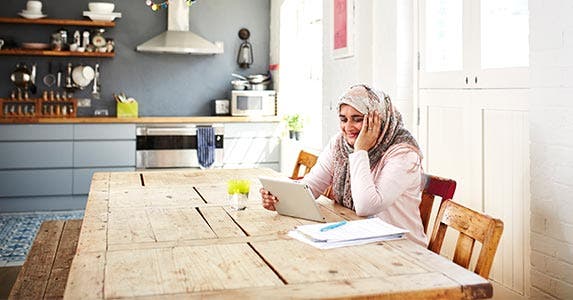 Howes says that since adding Amazon to her internet retail strategy, the growth in sales “has been exponential,” she says.

Even as she expands her business, it’s important to her that customers feel they can still get in touch with her, “or a good facsimile of me.” Hiring staff to fit that bill can be difficult, but a good strategy is to figure out what qualities you want in an employee, and hire the right person before you’re desperate for the help.

Becoming a successful internet entrepreneur has its challenges, but the opportunities are limitless. “With the internet,” Tonello says, “you have the potential to sell to not only someone in the States, but someone in Tokyo or Timbuktu and everywhere in between.”