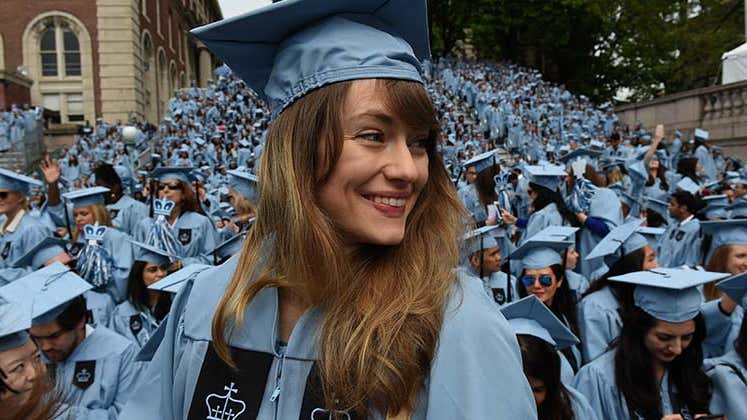 As college graduates across the country toss their caps into the air, eager to enter the workforce, hiring managers are wary.

PayScale, a provider of compensation data and software, has released its 2016 Workforce-Skills Preparedness Report. It has some statistics that might dampen a new college graduate’s spirits:

According to PayScale’s report, 44% of managers believe that recent college graduates lack writing proficiency. That’s the No. 1 perceived deficiency.

“I’d say that one of the reasons for this is because, as a generation, (recent college graduates) have been raised to communicate in soundbites: texting, emailing, using acronyms and emojis …” says Roy Cohen, a career coach in New York City and author of “The Wall Street Professional’s Survival Guide: Success Secrets of a Career Coach.” “At work, you need to include critical information that allows for understanding. With acronyms and emojis, some people will read into it, and it can be interpreted differently.”

According to the survey, here are the top 3 “soft” skills that managers think new grads are missing:

While PayScale’s report found hiring managers believe that recent college graduates lack a slew of skills, it found that recent graduates have vast confidence in their skill sets.

Jessica Yarvin, who graduated this year from Indiana University with a degree in journalism, says that she feels well-prepared entering the workforce in terms of practical skills, but admits that she does wish she had learned networking skills while in school.

“I think I learned a lot of practical skills in college, either through classes and internships, whether it was writing and editing, or even seemingly mundane things like how to send an email,” says Yarvin. “I wish there was a greater emphasis, especially early on in school, to make connections with older students and alumni in the industry that you wanted to work in.”

Alexa Jean also graduated from Indiana University this year with a degree in management, and feels confident as a new job candidate.

“I feel that I have learned a great deal of knowledge along with skills like working in teams, time management, organization and how to deal with conflict,” Jean says. “I wish I could have learned a little bit more in-depth skills of business because I am hoping to pursue a career in the private sector, but I feel that I definitely have learned a lot of skills that will help me achieve my goals and desires when searching for a career.”

Different definitions of workplace success might explain why managers — especially baby boomer or Generation X managers — are pessimistic about the preparedness of millennials fresh from college.

Different generations have different ideas of what it takes to succeed in the workplace.

“I feel there’s a gap because different generations have different ideas of what it takes to succeed in the workplace,” says Maggie Mistal, a career consultant and executive coach based in New York City. “Boomers ‘paid their dues’ and were rewarded for working their way up the company ladder slowly over time. Gen Xers were ‘latchkey kids’ used to fending for themselves on the job and tend to expect others to also be able to figure things out on their own.”

But the workplace is changing, and millennials are entering a work world that looks different from the one their managers entered into. Millennials might have watched their parents relocate or get laid off, so “paying their dues” doesn’t seem as rewarding, says Mistal.

“Millennials are reacting to what they’ve seen in the Gen X and boomer work world, and they have some different priorities,” Mistal says.

Startup success stories — where 20-somethings hit the millionaire mark — could also affect how millennials view success in the workplace, and what it takes to get there.

What should recent grads do?

There are things a new college graduate can do to assure baby boomer and Gen X managers that the new grad is prepared for a full-time job.

New college graduates should reach out to someone in the field they are hoping to get a job in, and ask them firsthand what it takes to be successful in that specific occupation.

“If a job or career seem appealing, it’s important to talk to someone doing that job. This way, the grad can get a sense of what it takes to succeed and determine in advance if there’s a fit between the job and their talents and skills,” says Mistal.

“If you want to be an entry-level analyst on Wall Street, know how to do financial modeling,” says Cohen, the career coach in New York City. “So when you are faced with doing it, you’ll be effective and productive from the very beginning.”

If that means having to take additional classes or put in a little effort to learn a new skill after graduation, then do it.

Today’s grads are more savvy in many ways than the generations before them.

“Grads can also see if they lack skills ahead of time and take steps to shore up their skills with additional classes or mentoring,” Mistal says. “Taking these steps will demonstrate to a hiring manager you’re prepared for the job and/or willing to do what it takes to improve where needed.”

“I think today’s grads are more savvy in many ways than the generations before them,” Mistal says. “Many I’ve come across have double majors, 3 or more internships and a desire for a stable, upward moving career. They’re not flaky, but they do want to do work they enjoy. I feel that’s a good thing. And they aren’t afraid to work hard but won’t sacrifice their personal life or time for a paycheck.”

FREE TOOL: Get your credit report and score today, free and with no obligation, at myBankrate.