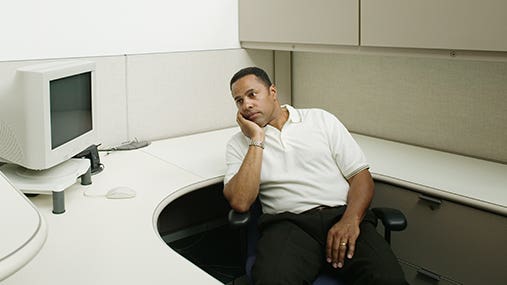 Last year marked another year of job growth, more evidence that the Great Recession is now in America’s rearview mirror as the nation’s economy moves forward.

Still, the jobs numbers were far from robust.

In 2013, the job-growth rate increased by 1.7 percent — the same percentage of growth as in 2012, according to an analysis of Bureau of Labor Statistics data by Lee McPheters, research professor at the W. P. Carey School of Business at Arizona State University in Phoenix.

While any growth is a cause for celebration, those waiting for a return of the go-go days of the 1990s — or even the solid job growth in the years before the 2007 recession — may have a long wait indeed, McPheters says.

In fact, he wonders if America has entered a “new normal,” in which job growth can be summed up in a single phrase: “Not bad, not great.”

In the following interview, McPheters offers a snapshot of U.S. job growth in 2013.

The top 10 cities for job growth are all in the western or southern United States. Aside from North Dakota, that’s also true of the top 10 states. What factors are driving job growth in the West and South as opposed to the Midwest and East Coast?

The West and Southeast have benefited from migration growth patterns over the past several decades. Based on 2013 census data, Florida and Texas ranked first and second in domestic migration, and California was first in international migration.

In general, people have resumed moving from the Midwest and Northeast to the West and Southeast. North Dakota is a special case, where job growth linked to shale oil and other resources has caused growth rates to spike.

California, Texas and Florida appear to be the biggest winners. Do those states share anything in common that is driving their job growth?

By contrast, Pittsburgh, Philadelphia, St. Louis and Cleveland are all struggling and rank at the bottom. What is going wrong in those cities?

To rank among the leaders in overall job creation, a metro area has to see above-average growth in its larger industries. Cleveland had solid growth in professional and technical jobs, more than 3 percent in 2013, but that was not enough to offset slower growth in health care, an industry that is three times larger in Cleveland and has shown good growth nationally.

The leading metro areas had one or two large, strong industries driving the economy. In Phoenix, that was finance — probably a surprise to some. Phoenix ranked first among large metro areas in the rate of growth and the absolute number of new finance jobs in 2013. Here, it is important to recognize finance includes insurance and real estate, two components doing well in Phoenix at present.

Let’s talk a little more about Phoenix. Arizona was among the hardest-hit states in the recession. How is Phoenix doing now?

The Phoenix economy is growing at about one-half the pace we would expect at this stage of recovery, but it is doing better than most metro areas in information/data-center jobs, finance, construction and health care.

What other interesting trends are emerging in the data?

Manufacturing is strong in about 10 states, and very weak in another 20. Over time, manufacturing in the United States seems destined to continue to lose jobs.

Job growth appears to be improving slowly across the nation. Do you expect the recovery to continue in 2014? What trends can we expect to see this year?

The “trend” is modest growth. I believe analysts are not expecting a breakout in job creation this year or perhaps any year soon. This economy has settled into GDP growth under 3 percent and job growth of about 2 percent, and we will do well to gain 2.5 million jobs in 2014.

This may be the “new normal” that analysts have been talking about for years: Not bad, not great.

The full 50-state ranking and other job-growth data from McPheters can be found at the W. P. Carey School of Business Job Growth USA website: wpcarey.asu.edu/jobgrowth.