3 terrific jobs you can keep for a lifetime 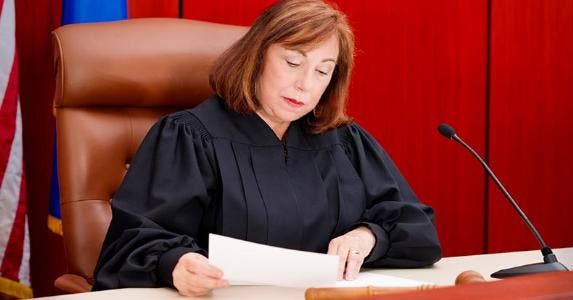 Job hopping may be all the rage, but if security is what you’re after, a lifetime job could be right for you.

Lifetime jobs are the exception, not the norm. But becoming a tenured professor, federal judge or small-business owner can give you the security that comes from having the same job until you die.

Getting to that level isn’t going to be a walk in the park. But, if you have the determination and do make it, you can expect a level of security that isn’t common in the workforce these days.

Federal judge is a lifetime appointment

Take a federal judge, for example. Jill Dash, vice president of strategic engagement at Washington, D.C.-based American Constitution Society for Law and Policy, says it’s not uncommon to see 90-year-old judges sitting on the bench. That’s because if you become a federal judge, the only way you’ll lose your positon is if you step down or are impeached.

A federal judge position is an appointment. That means you’ll have to be nominated by a U.S. senator. It’s going to require more than a law degree and an impressive career, particularly in the current environment where there are 63 vacancies and 9 nominees awaiting a vote, Dash says.

“You need to be a lawyer, but beyond that you have to have some political sensibility or at least know someone who can float your name with a senator,” she says. “Many judges do stay for life.”

A lot of work required for tenured professors

A tenured professor is another job you can keep until you die, but landing that position isn’t easy.

According to the American Association of University Professors, more than half of all faculty are part time, and only about a quarter are tenured.

“The tenured situation is much more difficult, but the larger research universities still offer tenured positions,” says Mark Smith, senior policy analyst of higher education at the National Education Association. “Typically, a candidate would compete with a large number of other well-qualified, new Ph.D.s.”

Still, if you want to pursue the tenured professor track, expect to serve for a period of 7 years, face a review by a committee of peers, publish a lot of research in prominent journals and have a good track record as a teacher.

Small-business owners make their own destiny

Owning your own business can afford you lifetime stability — if you are successful. Only about half of small businesses make it past the 5-year mark, let alone stay in business forever.

“It has the potential to be a lifetime job because you control your own destiny, you are your own boss and you can determine to a large extent how much money you make,” says Jack Mozloom, a spokesman for the National Federation of Independent Business.

“On the one hand, there’s a lot of risk associated with owning a business. But on the other hand, if you make it, you can do that for as long as you want,” Mozloom says.