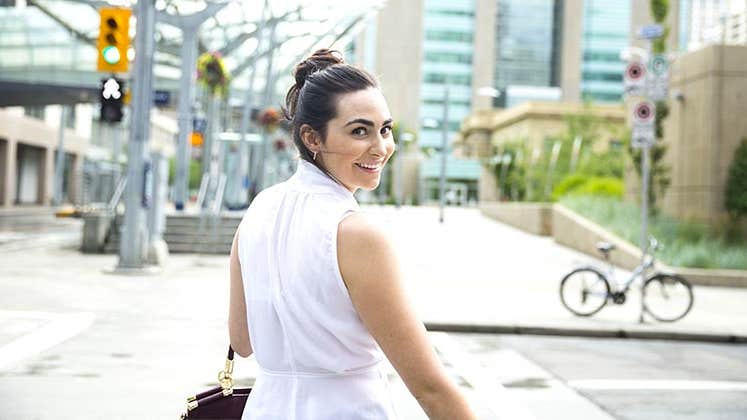 Every graduation season is followed by a great migration of young people, as millions just out of college move around the country in search of a new life. Bankrate set out on a quest of its own — to explore cities that might offer the best opportunities and living environments as you start your career.

We gave economic factors top priority, because grads do

Today’s grads came of age during the Great Recession, in which many people suddenly found themselves unemployed, and for long periods. Young adults who grew up in this type of economic climate are likely to put a high priority on financial security, so we placed a strong emphasis on economic factors throughout our analysis.

We used a combination of available data from 2014 and 2015 to assess the economic attributes of U.S. cities, such as employment levels among degree holders. Such factors don’t fluctuate much over the short term, as long as the national economy remains relatively stable. So, we think recent figures can tell us about current trends.

We looked past industry-specific trends and other special situations. For example, the plunge in oil prices has pinched employment levels in cities that rely heavily on the energy industry. We assume that graduates in those affected fields considered the special circumstances while settling on a career.

We focused on 100 big cities with healthy economies

Out of the nearly 400 U.S. metropolitan areas defined by the federal government’s Office of Management and Budget, we selected 100 that had the largest populations and the strongest economies.

We favored cities with larger populations, for social reasons. In general, larger population centers tend to foster more diversity and are likely to appeal to a wider range of graduates. Also, living among larger pools of people offers more opportunities and choices for building quality professional and social networks, which can enhance your life in the long term.

We looked at jobs, pay and career advancement

You don’t need a college degree to know that for most graduates, the big concern is finding a job.

To estimate cities’ job prospects, we used the employment rates among the early-20s age group and among degree holders of all working ages. These rates can suggest whether there are opportunities for young workers and those who held degrees.

We also considered local wage levels, since making a good salary with the potential for raises is important for graduates who want to repay student loans and justify a good investment on their education. We combined a few indicators of income and productivity levels in this category.

The choice of occupation sometimes determines the trajectory of an entire career. In this aspect, we examined each city’s employment rates in occupations likely to require a bachelor’s degree and/or likely to offer a clear path of advancement. This combination includes occupations in STEM (science, technology, engineering and mathematics), the media, the arts, education, service occupations (police and fire services), and management positions.

Social life and livability were considered, too

In looking at cities’ social opportunities, we examined whether grads would find people around the same age who also have graduated from college. These factors capture the collective experience of coming of age during the financial crisis, and the common experience of academic discipline and social life in college.

Then we started to wonder: How do you accurately measure a city’s amenities and quality of life? We came across a study by David Albouy, associate professor of economics at the University of Illinois. In his 2015 paper, “What Are Cities Worth? Land Rents, Local Productivity, and the Total Value of Amenities,” Albouy used formal mathematical models to examine the value of living in major American cities.

We relied on his research that assigned scores to cities for amenities including good weather, closeness to a coast, low crime, air quality and cultural resources. He also graded cities’ quality of life based on factors including cost of living and tax rates.