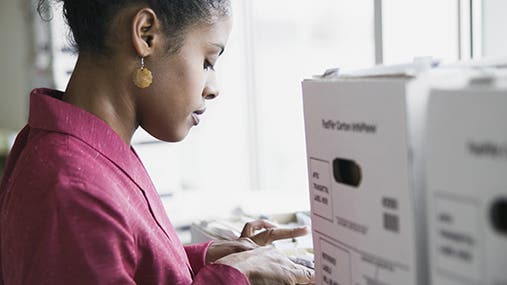 Ever since the “‘Black Swan’ case,” wherein two unpaid interns who worked on Darren Aronofsky’s iconic film sued Fox Searchlight Pictures for violating Department of Labor regulations, many companies have made serious changes to their internship programs. While there are less exploitive internship than there used to be (several programs shut down following the fiasco), many still exist, leaving it up to students to do their research. Students must learn to avoid bad internships and to take action if they find themselves in an illegal program. Before starting an internship program, make sure you know where you legally stand.

“(The majority of) unpaid internships happen in just a couple of industries, what we call the glamour industries — media, journalism, fashion, radio, TV, broadcasting, publications, things like that,” says Robert Shindell, Ph.D., vice president and chief learning officer for Intern Bridge, a college consulting and research firm that focuses on internship and recruiting experiences. “You would never find an unpaid internship at a bank or a financial institution or an engineering firm.”

Unpaid internships at for-profit companies are subject to fairly strict regulation from the Department of Labor. Generally, to qualify as a legal unpaid internship, the program must pass a six-factor test that ensures the program benefits the student more than the employer, is educational in nature and doesn’t replace paid positions with unpaid labor. It also stipulates the intern must be aware that they are not entitled to wages during the internship nor are they entitled to a job once the internship is over.

When a for-profit employer hires an unpaid intern, all six of the following criteria must be met. If the company doesn’t meet these criteria, the intern could potentially be an employee, meaning he or she could collect back pay.

Under these guidelines, offering a legal unpaid internship program should require some serious time investment from a for-profit employer, says Michael Litrownik, an attorney at Outten & Golden LLP, the law firm that represented the “Black Swan” interns and other interns in cases against Hearst Corp., NBCUniversal and Conde Nast.

“If a supervisor is spending an hour a day working with the intern to show them how to do this, how to do that, letting them shadow stuff … that’s really what needs to be present,” he says. “Maybe some operations are taking a little longer because the intern is doing them and doesn’t really know how to do them,” Litrownik says. These are the things that make up what an internship is, something where you are taking the time to teach the student a skill or trade.

The rules on religious, humanitarian, civic and charitable nonprofit entities are different. While these organizations are legally allowed to have volunteers, and therefore benefit from unpaid labor, that doesn’t cover those working in a commercial aspect of a nonprofit enterprise, such as a store whose proceeds benefit a charity.

Pay isn’t the only legal issue interns should be concerned about. Interns may not be covered under workers’ compensation rules, though some individual organizations, particularly those in fields where workers are regularly exposed to physical risk or stress, do include interns in their workers’ compensation policies, Shindell says. Interns also aren’t always subject to the same harassment and discrimination protections as full-time employees.

Starting this month, New York City extended its discrimination and harassment protection to unpaid interns on the heels of an alleged sexual harassment case against Phoenix Satellite Television that was dismissed on the grounds that the plaintiff was an intern at the time of the event and therefore not subject to full protection. Oregon passed similar regulation last year, but these laws aren’t uniform across the country.

So what should interns do?

Ask the difficult questions. Oftentimes, the only way to figure out if you’re covered by an employer is to ask, preferably before the internship begins, though many are hesitant, says Jeffrey K. Brown, an attorney and partner at Leeds Brown Law who has represented interns in employment lawsuits.

“It’s sort of like a Catch-22 because the intern is trying to make an impression,” he says. “That intern probably wants to build a nice name for him or herself and they’re probably more eager to show that they can do a really good job so they can get hired, as opposed to raise questions about technicalities and ruffle the nest.”

Have your rights been violated?

Assess your internship. Do you think it meets the six factors for an unpaid internship? If you feel that your rights have been violated, in terms of payment or otherwise, there is recourse. And if a court rules in favor of an intern, it’s possible to receive back pay plus overtime for you and anyone else who interned for that company in the past, says Litrownik. A favorable ruling can also establish fair wages for interns of the future.

It’s worth noting that many internship suits settle before going to court. Litrownik suggests students who don’t believe their internships are operating within the legal boundaries seek legal counsel and discuss their options. Brown also advises students to dismiss any fears that bringing a suit will result in developing a bad reputation within the industry.

“I don’t think an employer would look down upon someone who is alleging that they did actual work and they weren’t paid,” he says. “If anything, that would show that that person has a backbone and some fortitude and is someone who’s going to stand up for what he or she believes in, which is a nice quality.”

Shindell says he believes the best way to sidestep a fiscally exploitive internship is to avoid unpaid internships altogether.

“Unpaid internships will go away when students simply stop taking them,” he says, “and I think we’re at that tipping point.”