Hiring a career coach to launch ‘You 2.0’

Tired of the nine-to-five grind? Dream of applying your old skill set to new adventures or exploring that job path you didn’t take all those years ago?

But before you start combing the job listings on LinkedIn, Monster and RetiredBrains.com, consider enlisting the help of a career matchmaker.

Online and face-to-face career coaches have blossomed as the nation’s 76 million baby boomers boogaloo toward retirement. Tapping into their expertise can save you valuable time by zeroing in on the job you really want rather than those you only think you do.

David Reile, a Maryland-based career coach with AARP’s new Life Reimagined initiative, says an encore career move at 50 or 60 bears little resemblance to your post-graduate job hunt back when disco was king.

“Most baby boomers never set foot in their college or university’s career guidance center, so they’ve never really done the introspection or focused on what is possible,” he says. “Now that they’re older, well-established and able to take the time to explore what’s next, finding a coach or career counselor can be a real eye-opener.” 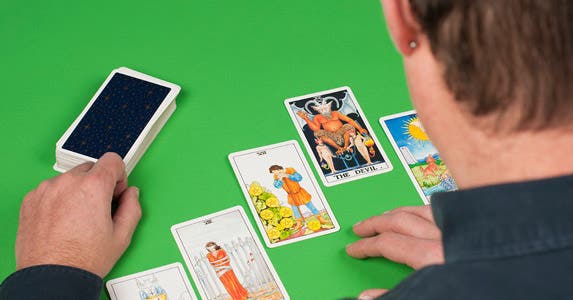 Years ago, fortunetellers used tarot cards to divine your future.

SkillScan cards feature a variety of different skills. You begin by sorting them into Pile A for skills you have and Pile B for those you don’t. Setting Pile B aside for the moment, you then sort your strong-suit cards into four piles: skills you use frequently, occasionally, rarely or are unwilling to use. You then revisit Pile B to see which skills you lack that you might consider developing.

SkillScan gives encore coaches, like Reile, a great starting point from which to guide you toward You 2.0. “It helps people think not just about the skills they have, but also the skills they might like to develop,” he says.

It takes about a half-hour to “play” SkillScan. While career counselors prefer the $89 professional card deck and CD pack, the $14.95 Career Driver Online self-assessment tool provides similar food for thought in about 30 minutes.

“One of the best ways of moving forward in life is by connecting with somebody,” he says. “Very few people can sit back on their own and do what needs to be done without some support.”

PivotPlanet: The Amazon of mentors

Can’t find an encore career mentor on Amazon? Pivot on over to PivotPlanet.com.

That’s what encore career visionary Brian Kurth did when his former brainchild, Vocation Vacations, fell victim to the Great Recession. It helped workers spend their vacation trying out a dream job without tipping off their bosses. His new startup, which hooks up job dreamers with working mentors in more than 300 careers, helps you pivot into something new.

Just ask Carlos Feliciano. The South Florida audio/visual technician and aspiring standup comic dreams of performing on, rather than behind, the stages he works. On PivotPlanet, he connected with Dan Nainan, a successful Indian-Japanese comic with an Apple commercial and a thumbs-up from President Barack Obama in his dossier. Eight months and a handful of Skype sessions later, Feliciano made his standup debut in January at a Miami comedy club.

“I put all my trust in Dan,” Feliciano admits. “He helped me better understand the business and what it takes to be a comedian.”

PivotPlanet expert sessions run $50 per hour and up.

On a budget? SkillShare.com offers free online classes from culinary, design, photography, gaming and other professionals. 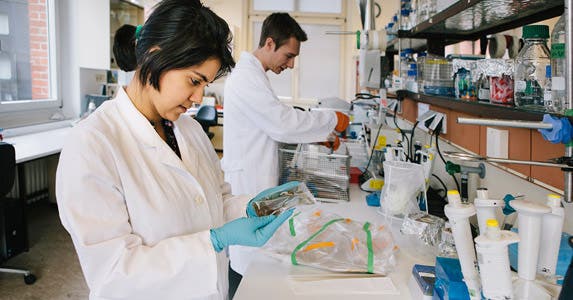 If you’re a seasoned veteran of the food, life or health sciences industry who is looking for new ways to apply your skills and experience, YourEncore may be the ticket to your encore.

Founded in 2003 by Procter & Gamble, Eli Lilly and Boeing, YourEncore’s team of retired experts has grown to 9,000, serving the project needs of 80 corporate clients worldwide.

Account director Peter Kleinhenz says scientists in semi- to full retirement offer YourEncore’s core industries the out-of-the-box thinking they need to keep up with the pace of innovation today.

“These scientists want to continue to contribute professionally because they need that intellectual stimulus, but they also want balance,” he says. “A seasoned veteran brings to the table this unique ability to connect unobvious dots.”

A 20-minute online application could land you on cross-functional, multidisciplinary teams with peer career scientists to meet the project needs of the world’s largest companies. The clients and YourEncore put the deals together; YourEncore selects the teams.

“The reason this works so well is because our experts are singularly focused on just the work they love, and they work well together,” Kleinhenz says. 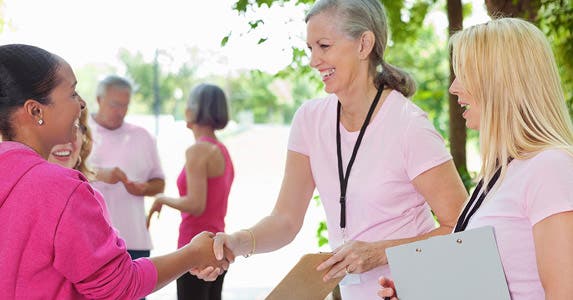 Laura Traynor considers baby boomers “the best educated, most talented, most experienced generation of older adults in our history. So how do we tap into and leverage that skill and talent for social good?”

Her answer is ReServe, an encore career matchmaker with a social twist based in New York City, with operations in Baltimore, Milwaukee, Newark, New Jersey and South Florida.

“They aren’t looking to reinvent themselves. They want to do something different that taps the skills and experience of their professional careers, but in a way that they feel passionate about,” she says.

ReServe does that by placing its age 55-plus “ReServists” in schools, government programs and nonprofits. The twist: ReServe charges its clients $15 an hour — $10 for the ReServist and $5 for ReServe’s administrative costs.

While that’s a bargain for the life experiences that ReServists bring from such fields as advertising, banking, education, health care and government, Traynor says it’s a win-win for the ReServists as well.

“Research shows that people who stay engaged and are learning something new are healthier,” she says. “It’s a way to age in a healthy way.” 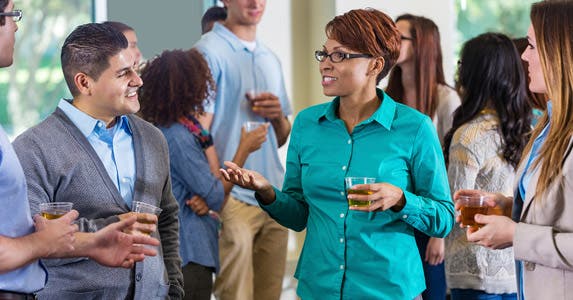 Once you’ve identified your true calling with the help of a career coach or mentor, what’s next?

“The biggest piece of advice I would ever give is, use professional associations,” says career coach Reile. “They’re extraordinarily easy to locate, and nearly every national association will have at least state, if not local, chapters where you can connect with people who are doing what you want to do.”

“It helps strangers to have a common bond; you both went to XYZ University or retired from IBM,” says Kurth. “Down the road, everyone will be getting this from their employer, former employer, alumni or trade association or government.”

Reile agrees. “People hire people they know and like,” he says. “That’s also the least expensive way to fill a vacancy.”