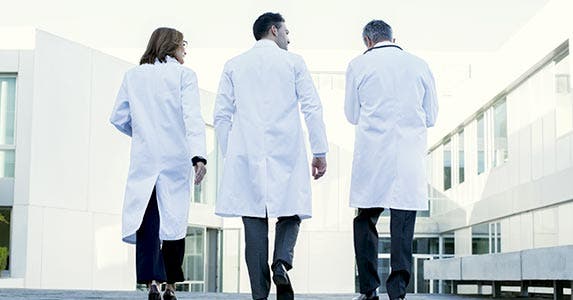 If you were guessing the highest-paying jobs in America, you might think of doctors, dentists or business executives.

Indeed, you’d be right. Seven of the 10 highest-paying jobs are in medicine and 2 are in dentistry, according to the U.S. Department of Labor’s Bureau of Labor Statistics.

The outlier: Business CEOs come in at No. 10.

But these paychecks come at a cost. For students, residents and some professionals, hours are long and sometimes unpredictable, and the training can be expensive.

Ditto for dentists. For the typical dental school grad, who takes on 6-figure school debt, the burden is equivalent to owning a home, says Morris N. Poole, president of the American Association of Orthodontists.

Here are the 10 highest paying jobs in the U.S. 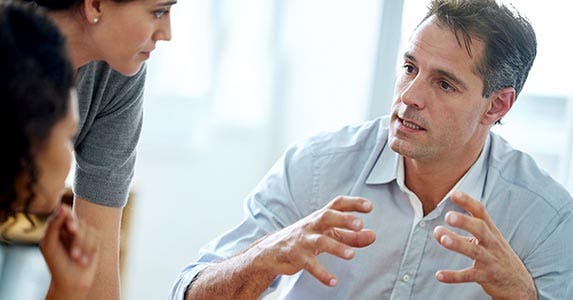 Company leaders rank 10th in salary. But many factors make that figure a loose estimate.

Additional compensation via stocks, bonuses and noncash perks like a car are not included in the bureau’s salary figures.

And for larger companies, that can be a major part of a CEO’s compensation, says Peter Cappelli, director of the Center for Human Resources at the University of Pennsylvania. “It’s only when you get to the big companies that they’re making a lot of money.”

With smaller companies, the person wearing that chief executive hat also might be the owner and only employee. The compensation could be a lot less than the national average, which is pushed higher by higher salaries at large companies.

Education and skills: Chief executives “absolutely need general management experience,” Cappelli says. “They have to have run something somewhere along the line.”

In addition, they need to have an education that has trained them in decision-making and accounting, he says. Another skill many of the good ones have is “learning agility,” Cappelli says. They always seem to be learning more.

No. 9: Family and general practitioner 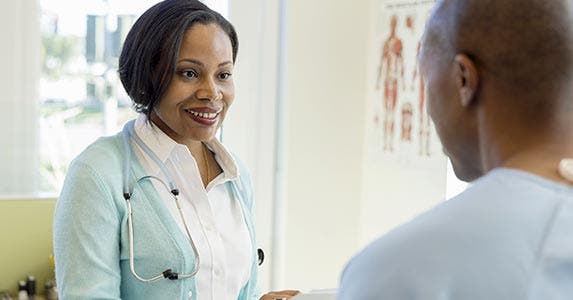 These are the doctors who treat everyone in the family from babies to elderly adults.

“It’s a rewarding profession,” says Robert Wergin, board chairman of the American Academy of Family Physicians.

Family practitioners also may act as health care quarterbacks, coordinating medical care and providing referrals to other specialists, he says.

In an age of increasing specialization, there is greater demand for generalists like family practitioners and internists, says Bob Bregant, board member with the National Association of Physician Recruiters.

Education and skills: Family and general practitioners go through 4 years of medical school and at least a 3-year residency, Wergin says. They can also attend fellowships to acquire additional training.

To be successful, the doctor must be a good listener and something of a detective when a patient shows up with a set of symptoms, he says. There’s no algorithm for that, Wergin says.

“You have to be a master of many trades and know your limitations in each area, and when to get help,” he says. 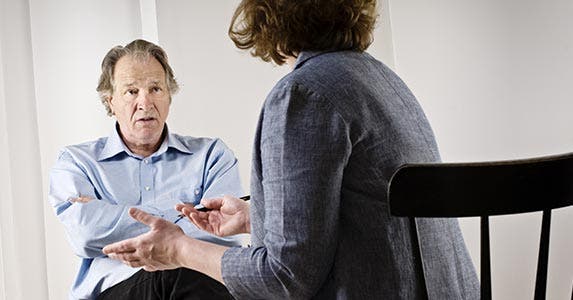 The need for good psychiatrists is growing.

While some psychiatrists may hang out a shingle and see patients from 9 to 5, others work in hospitals, clinics and treatment centers, she says. Many do both.

And, as with a lot of the medical professions, some teach, Parker says.

Education and skills: After college, psychiatrists attend the same 4 years of medical school as their physician and surgeon colleagues. Afterward, they do a psychiatry residency. In addition, if they want to specialize in a field, like child, adolescent or geriatric psychiatry, they cap it off with a multiyear fellowship, Parker says.

Psychiatrists often tend to be “more studied, more introspective and more observant,” she says. “They tend to think before they speak.” 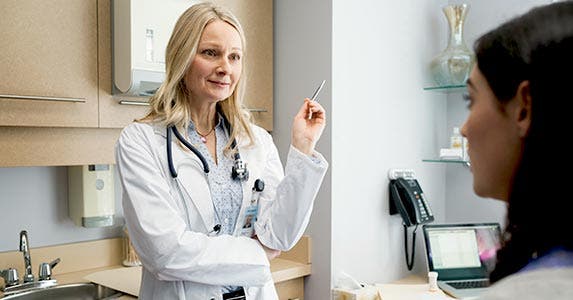 An internist is a physician who deals with the prevention, diagnosis and treatment of adult diseases. He or she has completed a residency in internal medicine.

A general internist doesn’t treat patients under 18, Parker says. But some internists also interested in treating children will pursue additional training in pediatrics, she says.

Internists can work for a hospital or urgent care center, or they can start or join a medical practice, she says.

They also can become “hospitalists” for a medical group — a doctor with a practice who tends only to patients in the hospital.

They tend to do “a little bit of everything,” Parker says. So, the job requires “someone who’s very in tune with a patient.”

Internists have to be good listeners, and they have to communicate with a myriad of patients.

No. 6: Physician and surgeon 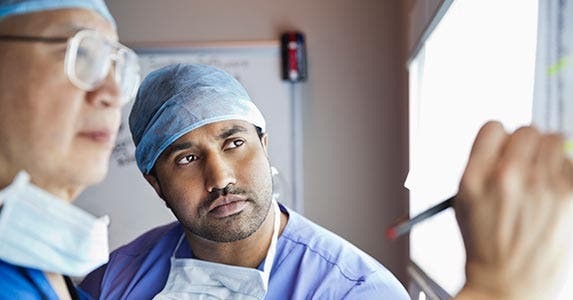 Even in a world of medical specialties, “there’s still a need for bread-and-butter general surgeons,” Bregant says.

The role of general surgeon has evolved. Some general surgeons also have sub-specialties in areas like trauma or bariatric surgery, he says. In more remote communities, general surgeons may conduct procedures that might be referred to a specialist in larger metropolitan areas, he says.

Most of their work can be scheduled, but there are also emergencies. “They’re the ones most prone to having something happen in the middle of the night or on a weekend,” Bregant says.

Parker with the National Association of Physician Recruiters says they can open or join a practice with other surgeons or with primary care doctors. They can join a hospital staff.

Education and skills: After 4 years of medical school, they do a surgical residency. And they may elect to take a fellowship if they want to develop a particular specialty. 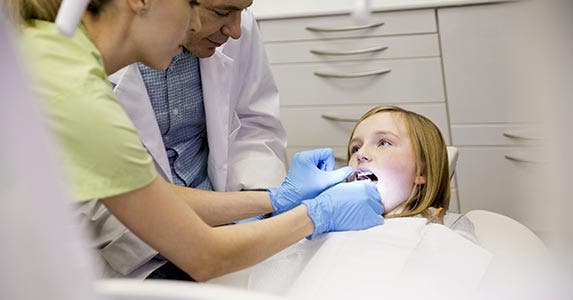 “Like the artist who sees the canvas and sees the picture on the canvas, a good orthodontist sees the teeth and then sees how they should be,” the American Association of Orthodontists’ Poole says.

“The other thing you have to have is patience because you have to give nature time to work,” he says.

It’s unique among the medical and dental fields because patients don’t arrive at the office ill. “They want to improve themselves,” Poole says.

Education and skills: After dental school, graduates in the top 10% of the class or, in some cases, who distinguished themselves via other excellent qualifications, are candidates for a residency in orthodontics, Poole says. That will take 2 to 3 years, depending on the program, he says.

If the orthodontist plans to go into private practice, it helps to have some business training. “The hardest part is running the business,” Poole says. 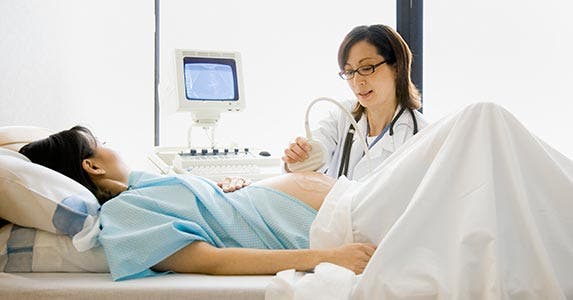 This is one doctor who may have trouble keeping dinner reservations.

“These are people whose schedules are constantly interrupted,” Parker says. “And when they’re called, they go.”

A good OB-GYN has to be a people person. “Women have to trust their doctors,” she says.

Bregant, of the National Association of Physician Recruiters, says these doctors also will see a variety of conditions and ailments because a gynecologist often will be a woman’s primary care doctor.

Many OB-GYNs, as they become tired of waking up in the middle of the night to deliver babies, will transition to gynecological work, Bregant says.

Education and skills: After medical school, OB-GYNs, complete a residency. They also can follow up with a fellowship if they want to specialize in something like high-risk maternity or reproductive endocrinology, or the subspecialty of infertility treatment, Parker says.

Just like a surgeon, they need stamina and confidence, she says.

No. 3: Oral and maxillofacial surgeon 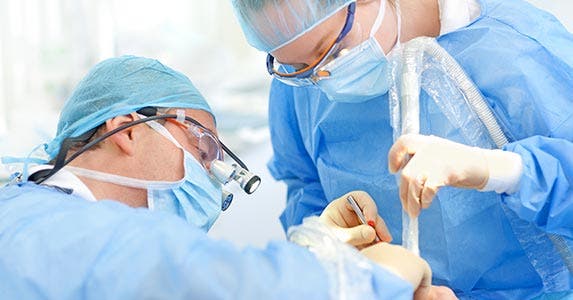 You may not be able pronounce this specialty easily. But good oral and maxillofacial surgeons are worth the money they charge.

Depending on training, these professionals can handle everything from inserting implants and pulling teeth to post-trauma facial reconstruction.

Education and skills: After dental school, oral surgeons do a residency that can take 4 to 7 years, says Louis Rafetto, president of the American Association of Oral and Maxillofacial Surgeons.

The 2 standards are a 4-year residency for a dental degree and a 6-year program for dual medical and dental degrees, he says.

People skills are also critical, since many patients are anxious about the surgery. Also important are artistic and dexterity skills, he says.

“People have to be willing to do the hard work necessary to get the skill and expertise, and keep up with those skills over time,” Rafetto says. “In a 35-year career, there are very, very few things I do the same now as when I finished training.” 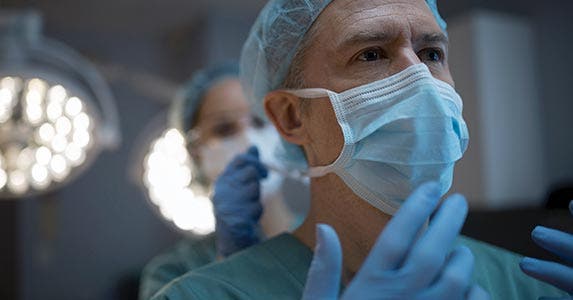 These are physicians who treat diseases, injuries, and deformities by invasive and other surgical methods.

While this career requires more training than most other medical disciplines, surgeons tend to remain on the job longer, Parker says.

“They enjoy the job, and they’re very driven people,” she says.

“It’s also more of a stand-alone specialty,” says Parker. “It’s a specialty for someone who’s an entrepreneurial person, a very confident person.”

Typically, surgeons work for a hospital or join a medical group. Some may choose to own their own practice, she says.

Education and skills: The amount of training varies with the specialty.

After medical school, they have a general surgical internship, a residency and potentially 1 or 2 fellowships, if they want to practice in a niche specialty. “Some of them don’t start working until they’re in their mid-30s,” Bregant says.

Parker says they need excellent concentration, stamina and hand-eye coordination. They need to be very accurate.

Many are “type-A personalities — in a good way,” she says. 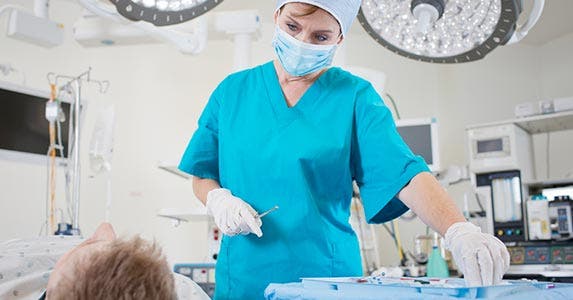 It’s the top-paying medical specialty — and probably one of the most mysterious.

Many patients see the anesthesiologist only when they have to count backward from 100 before surgery, Parker says.

But some doctors in this specialty are going into growing fields like pain management that require a lot more patient interaction. Absent additional fellowship training, though, most general anesthesiologists don’t practice pediatrics, Parker says.

Education and skills: Anesthesiologists go through 4 years of medical school followed by a residency, she says.

And if they want to specialize in a particular area, like critical care or cardiac anesthesia, many also will complete a fellowship, Parker says.

The business model for many anesthesiologists also is a little different than it is for some other medical specialties. Often, they sign on with a medical group of anesthesiologists, and that group, in turn, contracts with 4 or 5 different hospitals, she says.

If it’s a “larger group, they are not on call all the time,” Parker says. “If they work in a community hospital, they may be on call for emergencies.”